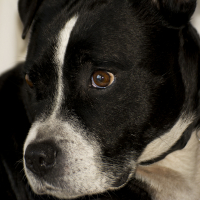 cypry Posts: 21
July 2019 in Problem solving
Hi all.
Saved a load of Clematis today from the green recycling section of a nursery and looking for advice on bringing them back to life.
Most are under 18" in total, and are in various states of dead... with some looking like a quick water and feed will sort them, and others looking like every leaf and stem has succumbed to a lack of water/feed before being returned to the nursery.
Should I be cutting back or removing dead leaves to assist the regrowth, or just feeding and keeping watered to start with?