Very new to gardening following a new house move last year which has 2 quite large lawns. As it was July when I moved in both were completely yellow and dead (i was told) so did not know their condition. Despite being dead I watered and fed the grass and surprisingly it came back green again. I did notice a lot of moss and how springy it became so this spring i spent hours with a scarifier and rake followed with over seeding and sand loam top dressing.

Results have been overall ok with some dead patches on the larger rear lawn and front.
The front has grown better despite the odd dead patch and I have limed it since due to acidity.
Rear lawn has grown but is quite patchy with good new growth in place but other areas grow much more slowly and have lots of areas where the grass is mixed with good new growth mixed in with what appears to be yellow grass from base to stem which is pretty noticeable.

I have done some googling but getting mixed reasons. A pic is below if it helps.
I would be grateful for any advice. 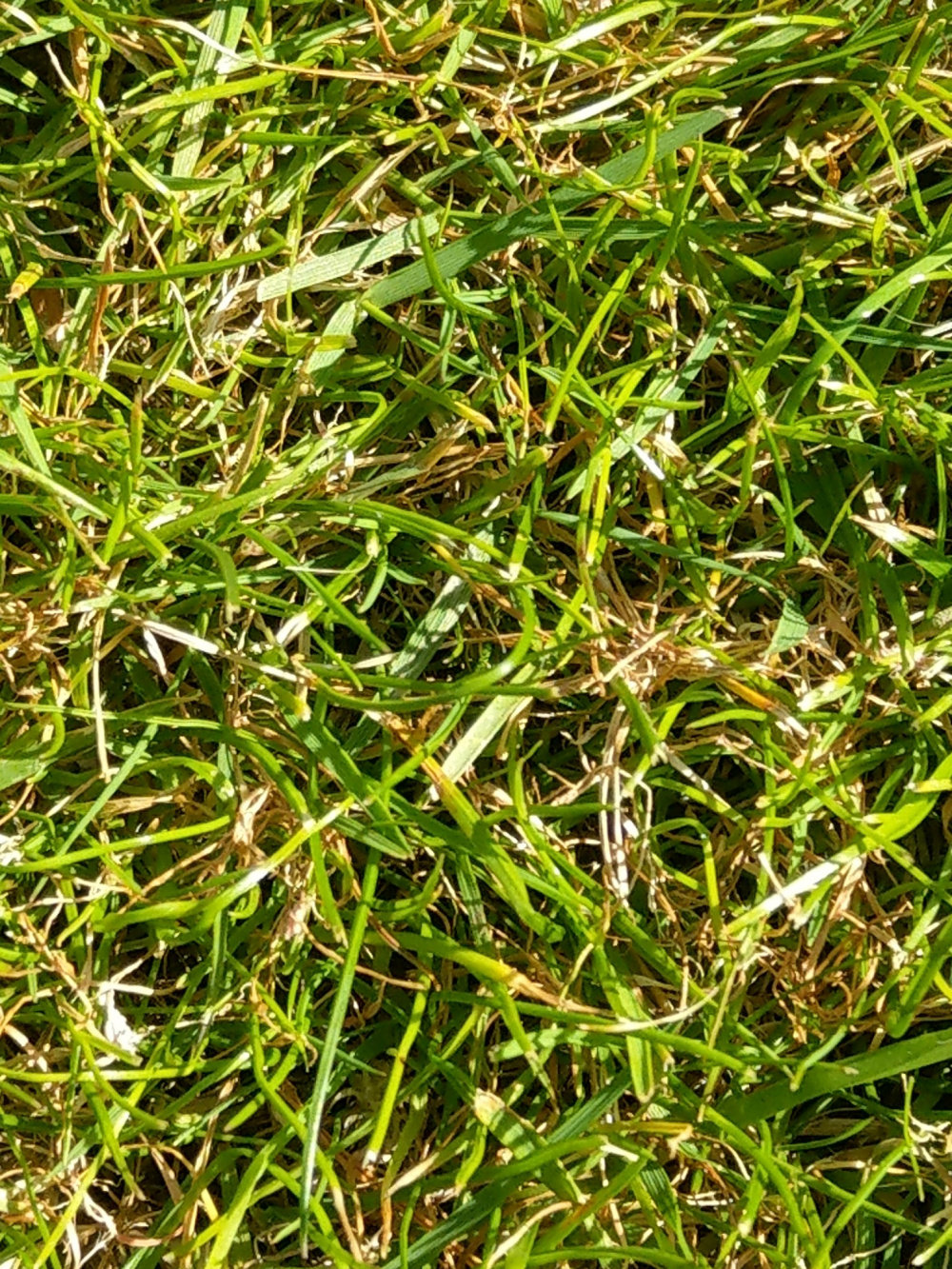