Clematis die back and Rebecc clematis 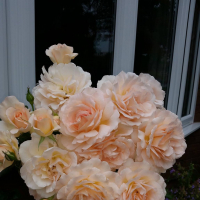 Ktnicholl StaffordPosts: 4
June 2019 in The potting shed
i have a Rebecca clematis in a very large pot, slate topping in a place where other pots keep the pot cool. Every year in April I get a real show of flowers ...then the trouble starts. I’ve had it four five years. Mildew and then die back. My sisters in Devon does the same. Last year I cut it to the base and off it went again, with a feed, vigorous growth and flowered again. This year the same just dead after the first flush dry and crisp. I feed it and water it. Any idea why these seem to be susceptible? I’m on the brink of getting rid. Only other thing is to repot? Any ideas?
0