We are growing sunflowers for the first time. Here are some details:

The leaves on all of the plants have in the last week or so become discoloured (see photos). The problem has been getting slightly worse over time I feel, so we are really keen to identify and act on this problem fast. We massively appreciate your help, so thank you in advance! 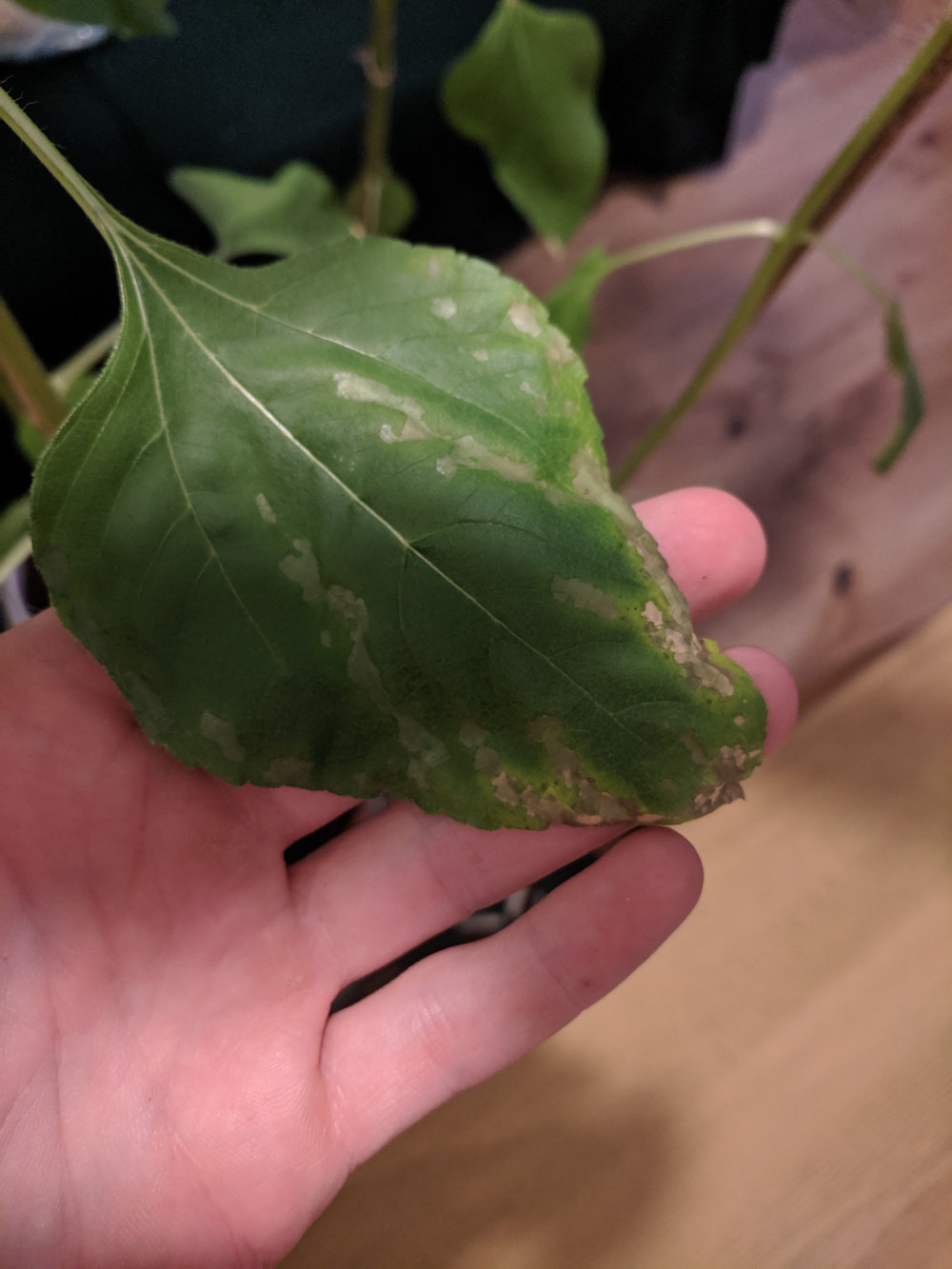 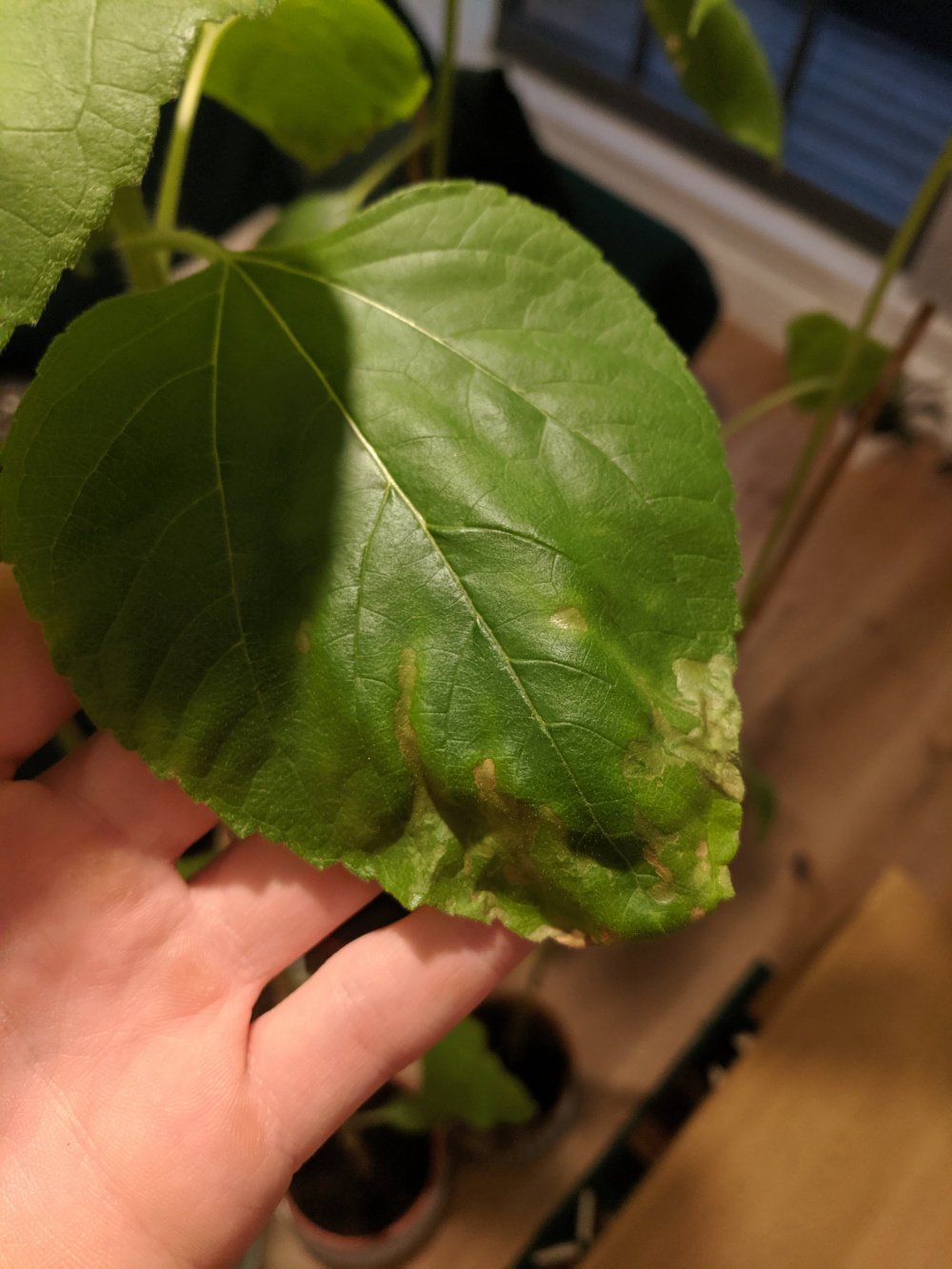 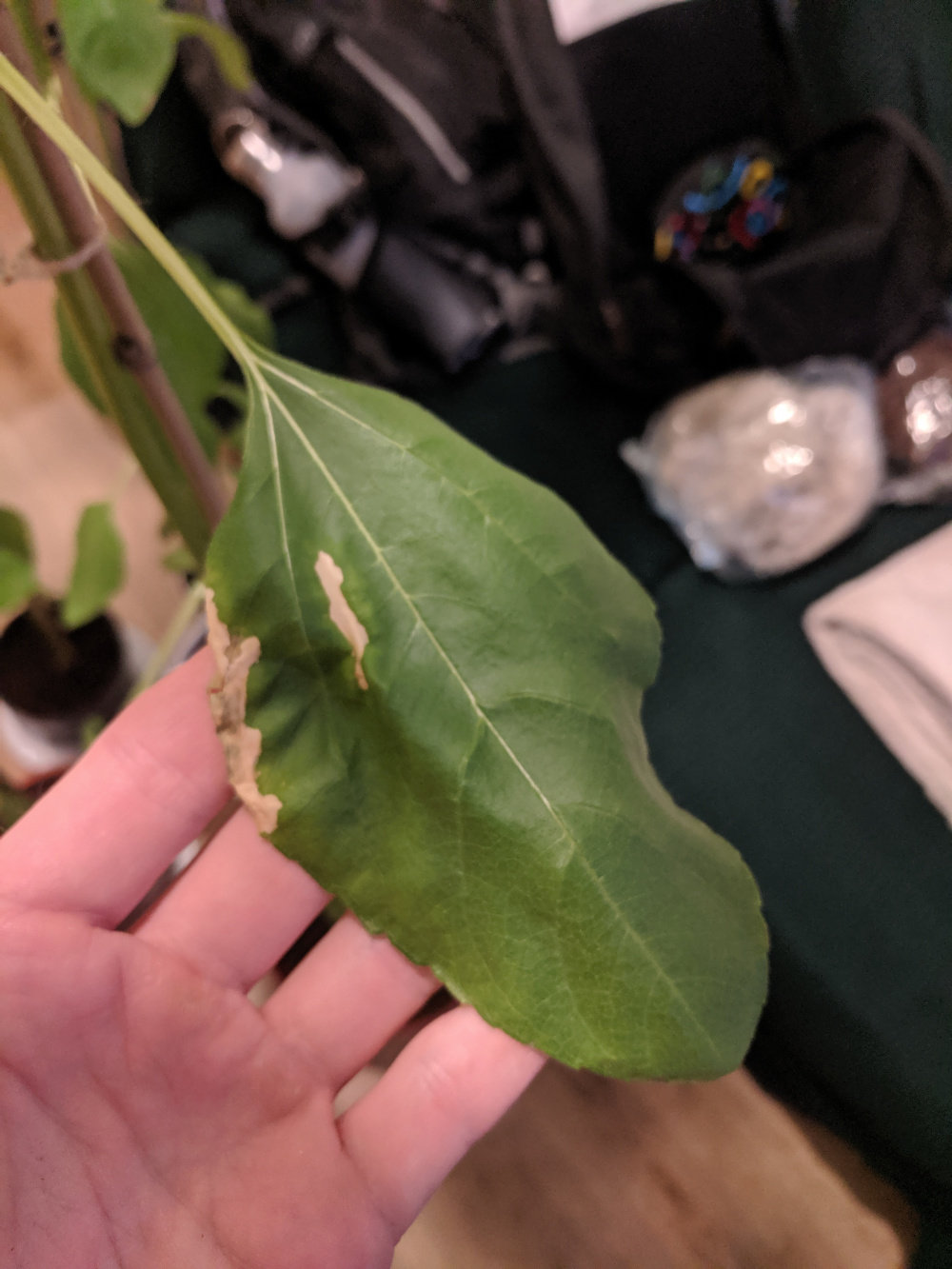 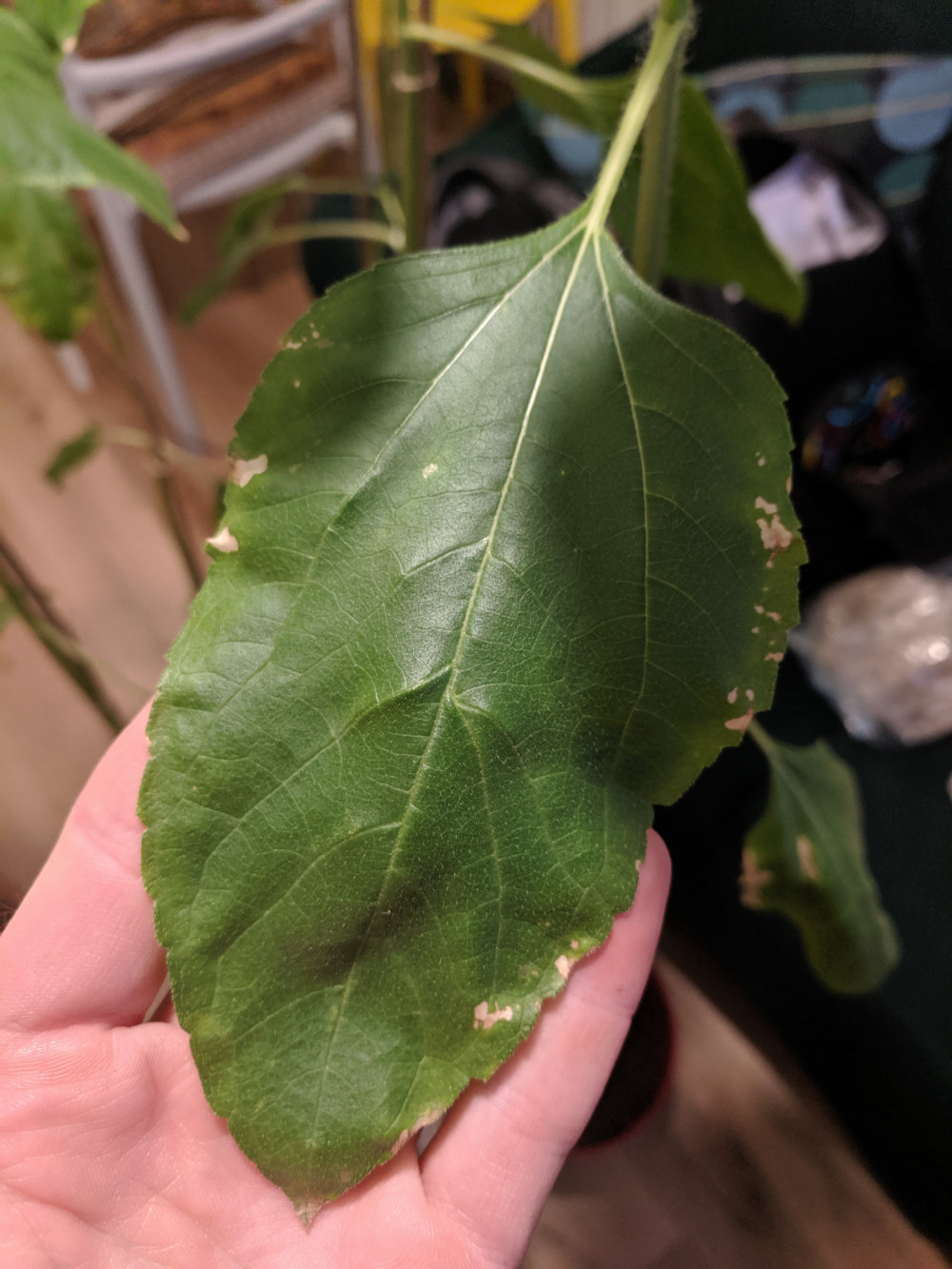 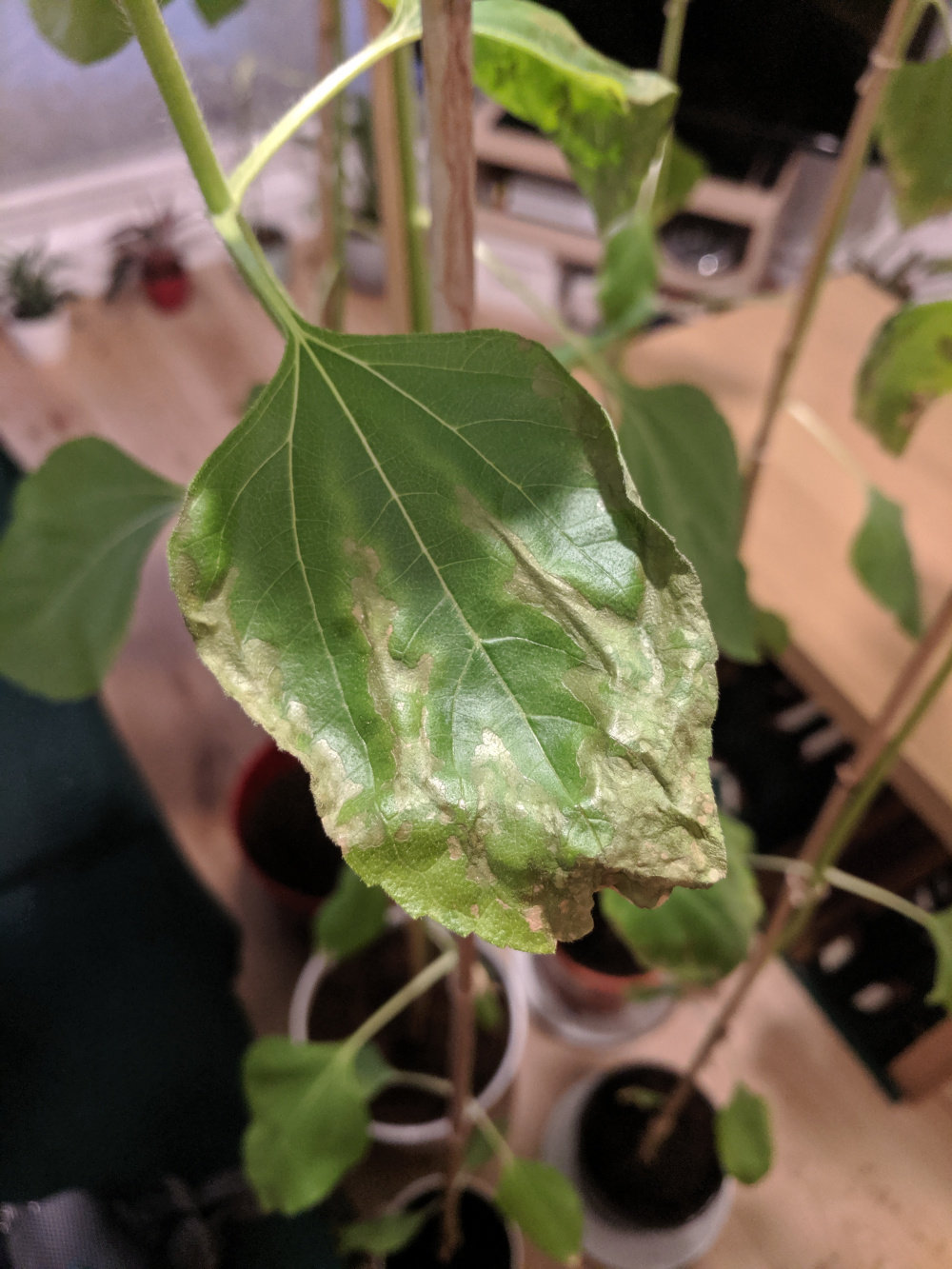 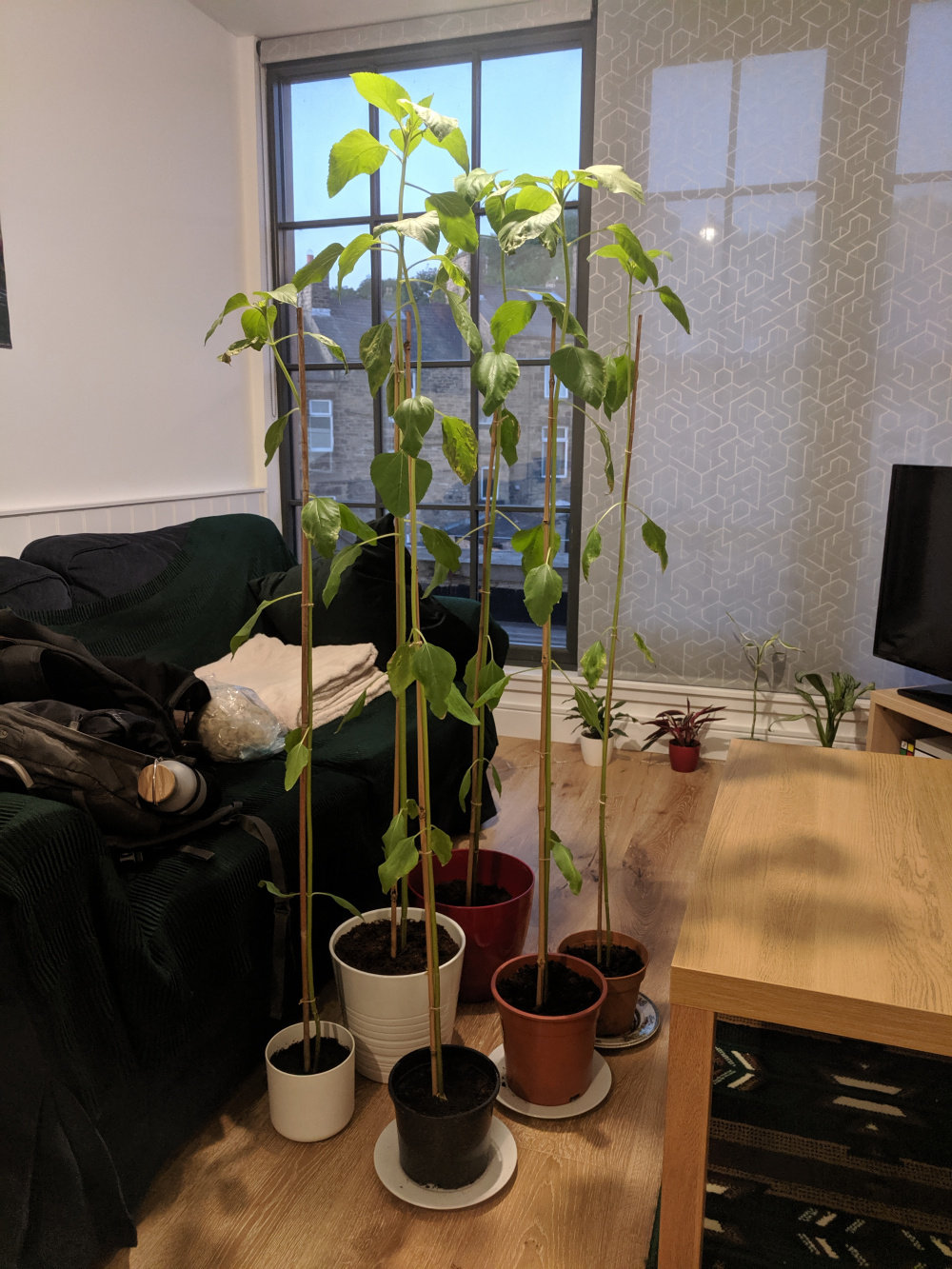 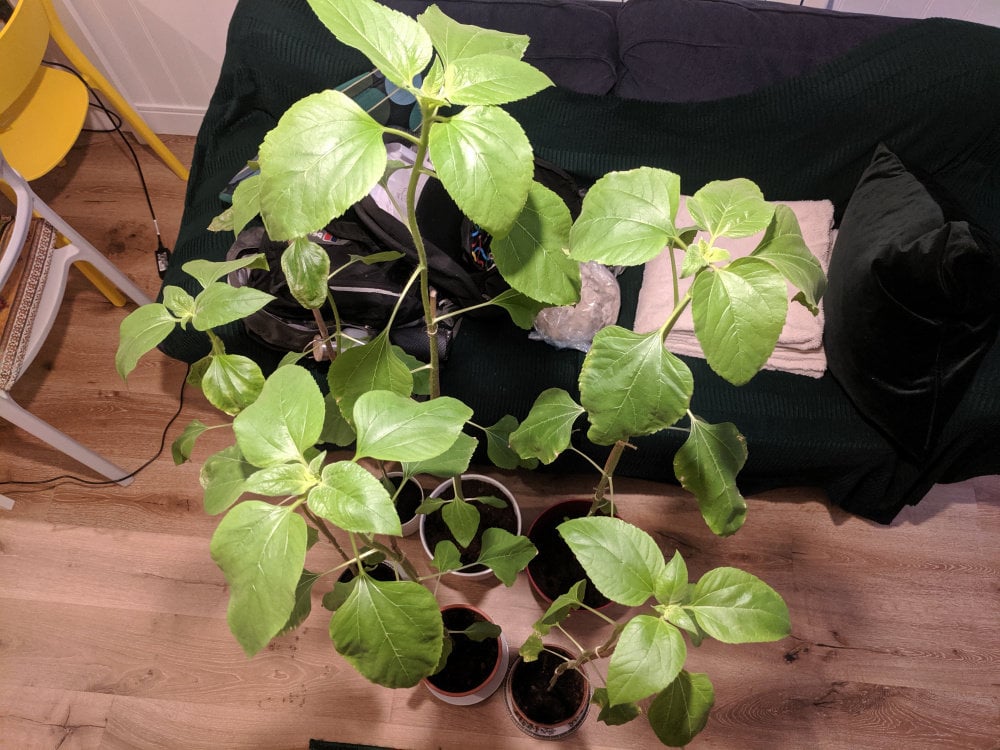