I’m new here and would be most grateful for your help. We planted a Redhaven peach tree in our large unheated greenhouse directly in the ground two winters ago. It established well but struggled with spider mites the first year and ended up shedding all its leaves and going dormant in August already.

This year it got off to a good start. It had some aphids but they’re all gone now. I’ve treated preventatively for spider mites with predatory mites, and so far there’s no sign of them. But then the older leaves started developing purple spots, turning yellow and falling off. This has been going on for a couple of months now. It is still producing healthy new foliage, but the older leaves continue to go spotty and dropping off. I’m worried that it will exhaust itself again before the end of the season.

Any idea what is causing this and what I can do about it?

Thank you in advance,
Juli 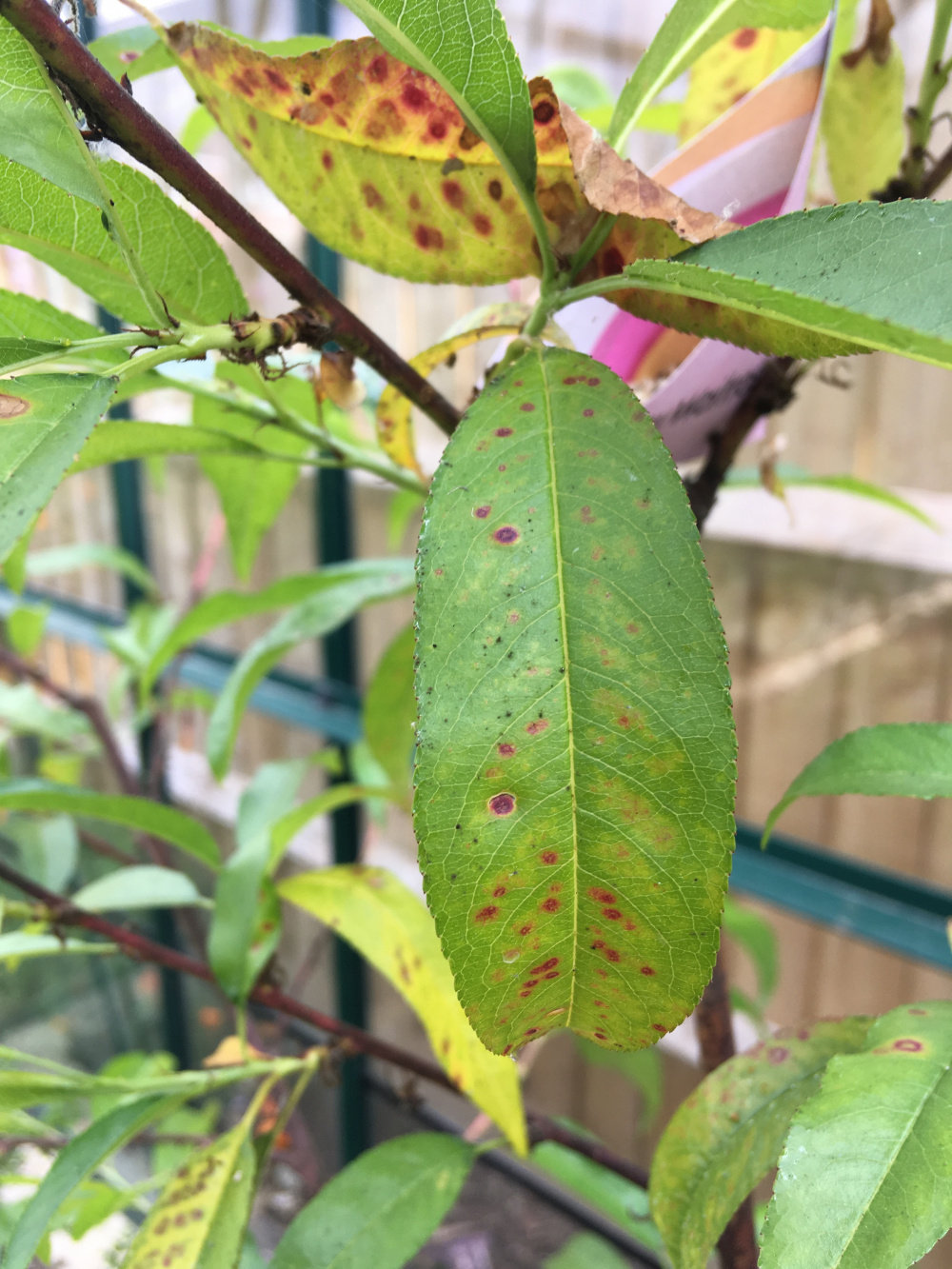 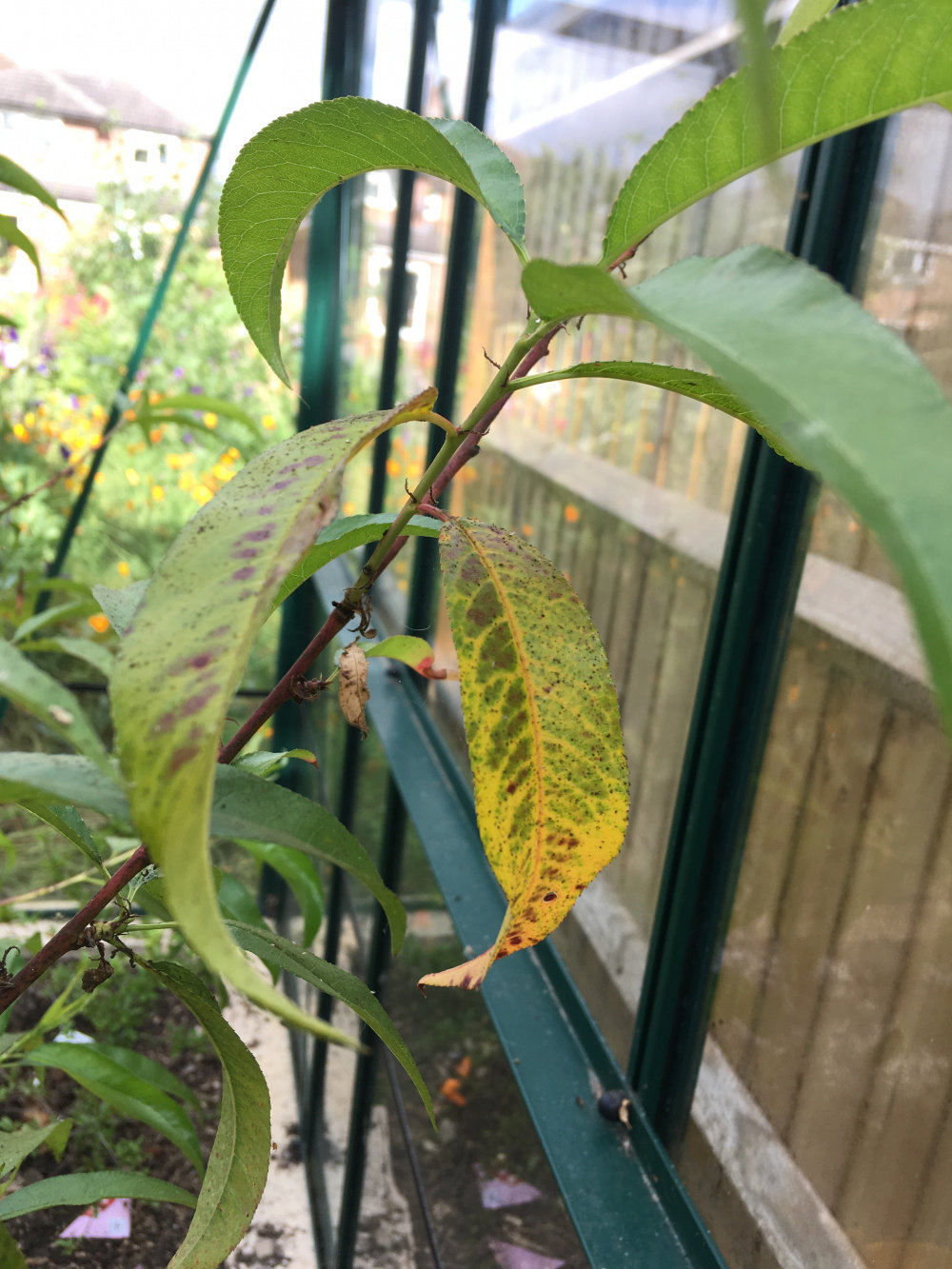 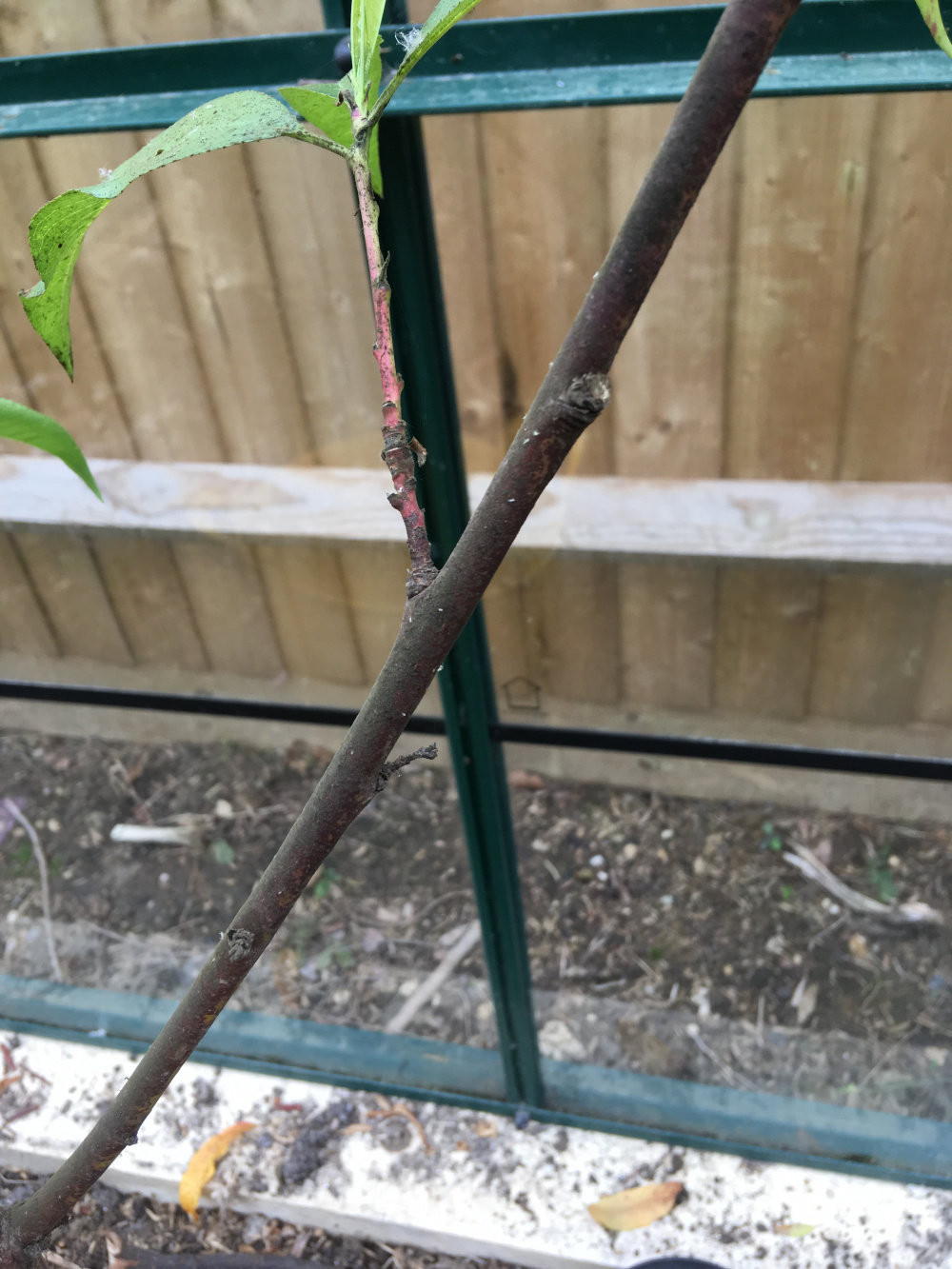 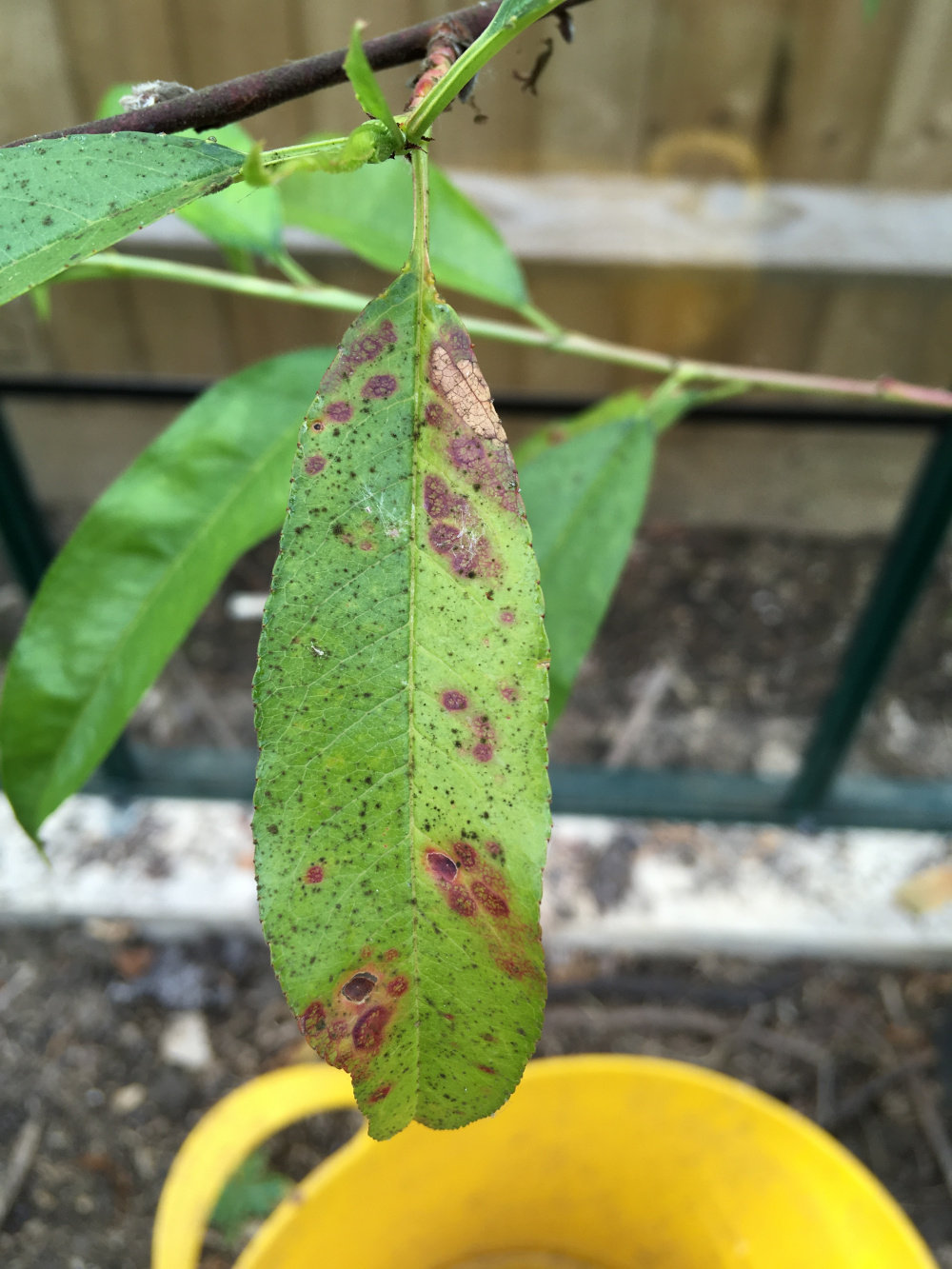 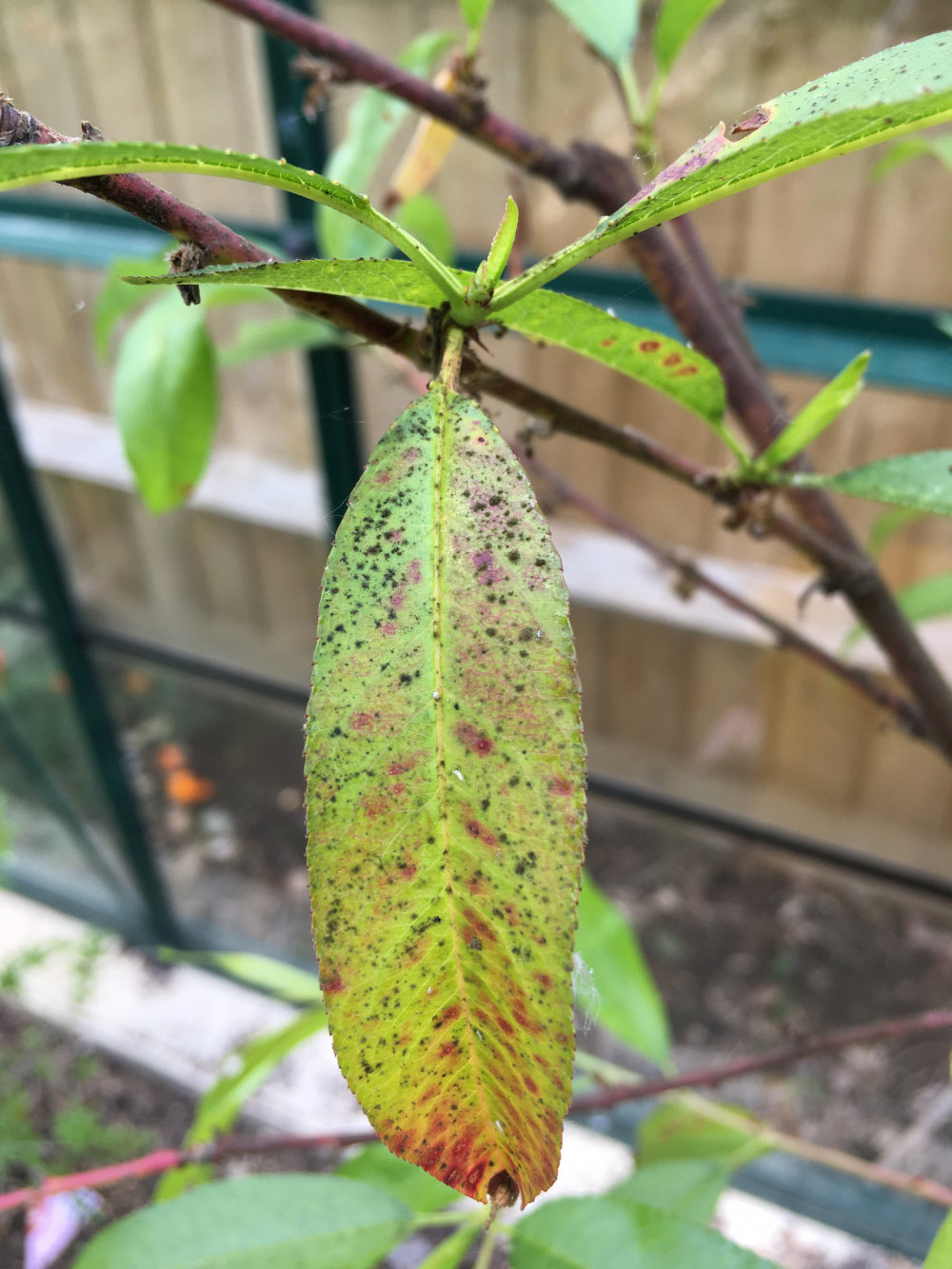