alm.middle Posts: 2
June 2019 in Problem solving
Might anyone know what's wrong with my tetrapanax - a few leaves have gone like this  - I've cut them off and then a few more have gone. Otherwise it looks healthy. 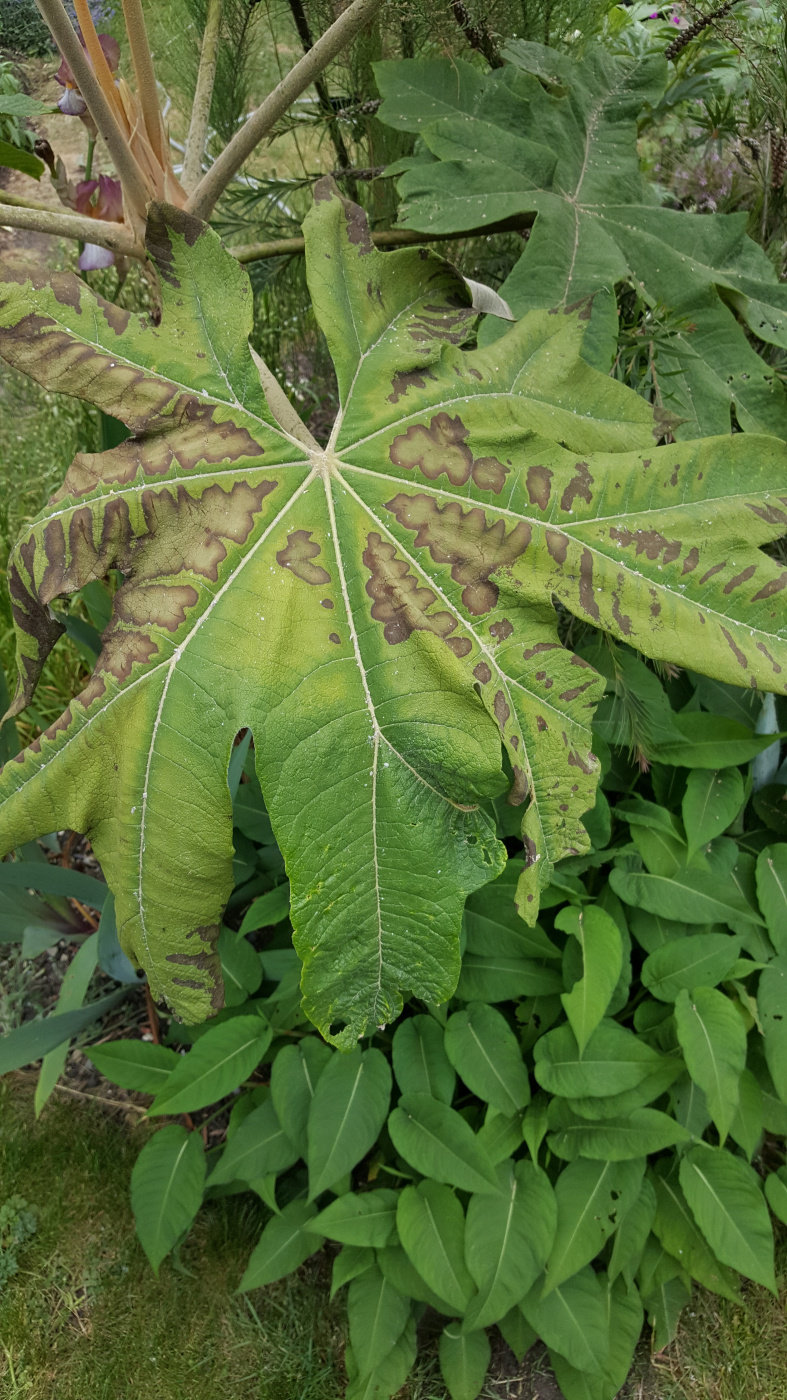