What to do with red hot poker

Stephanie newish gardener Aberdeenshire/Moray coastPosts: 423
May 2019 in Plants
Hello
I asked this as part of a question in the garden design forum but it was probably the wrong place. A couple of years ago I rescued two red hot pokers and then promptly neglected them again, so they've been in a veg growing bag ever since

I'm thinking of putting them in a border I've cleared.  When I dug them out from under a treehouse they were not growing upright but had very bent stems. I put them in the growing bag at the same depth, with the stems lying partly across the compost with just the green bit standing upright. They now have what look like roots coming out of the side of the stems. Also one of them has sprouted a new shoot so I'm not sure if that's how it's meant to be or whether I can somehow remove the shoot to make another plant. I always thought they were single stem plants.

Here are some pics, initially taken a couple of weeks ago, but now including one taken yesterday showing a flower spike. Does the presence of the flower impact on when/whether to plant them out at last, and should I plant them so most of the bent stem is buried and only the upright top of the stem is above ground?
Thanks 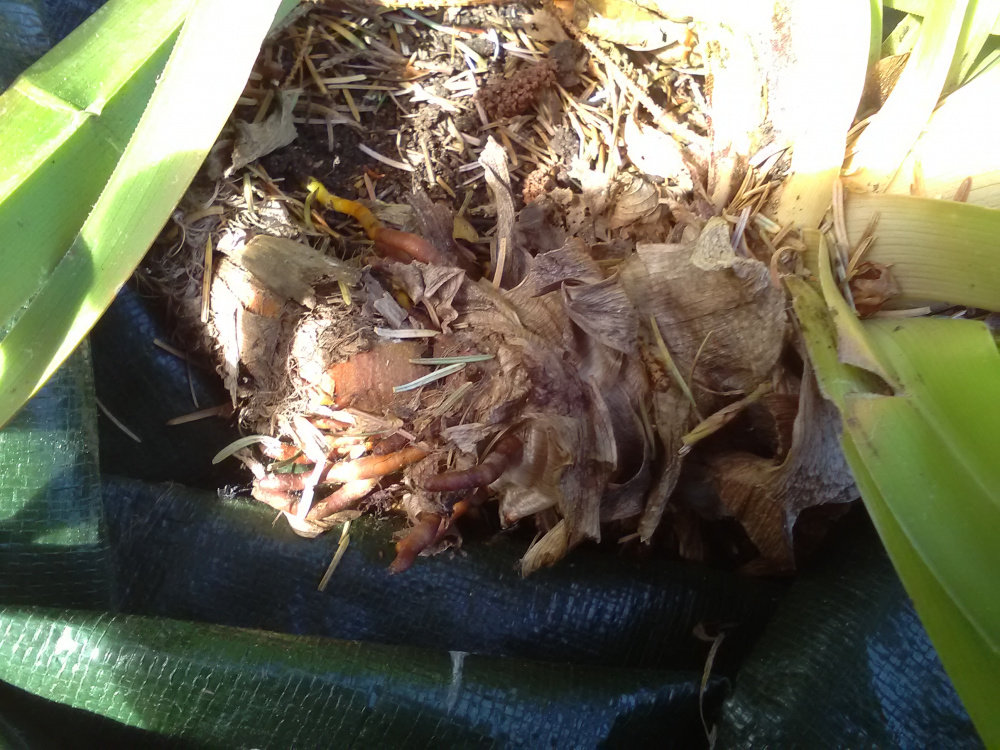 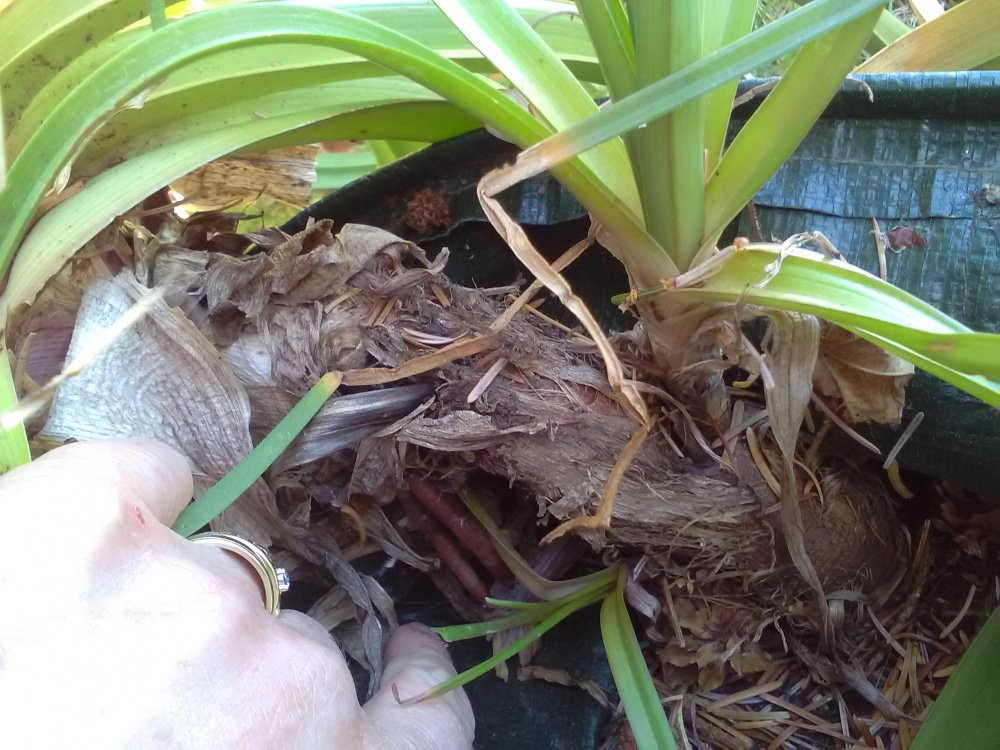 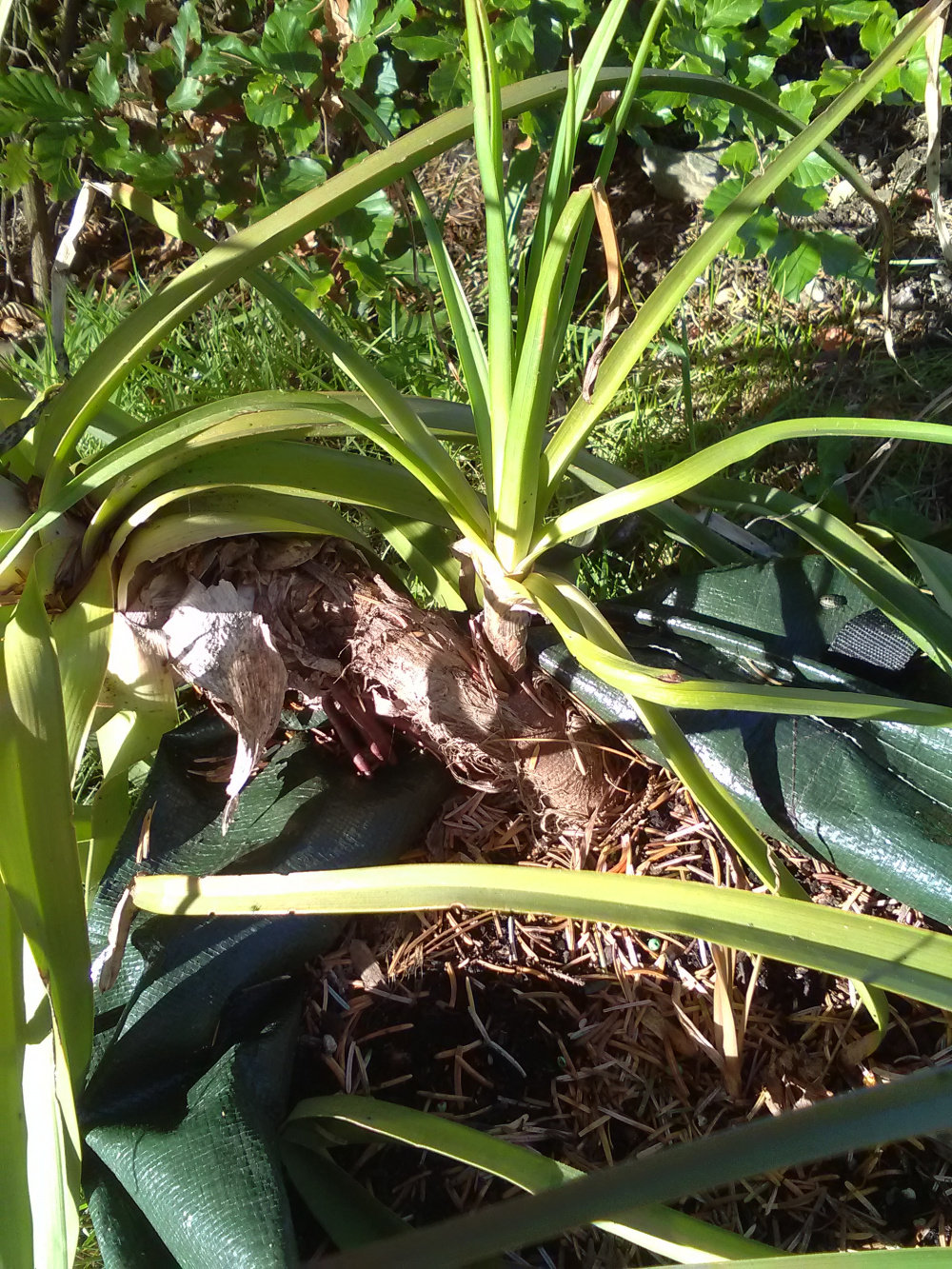 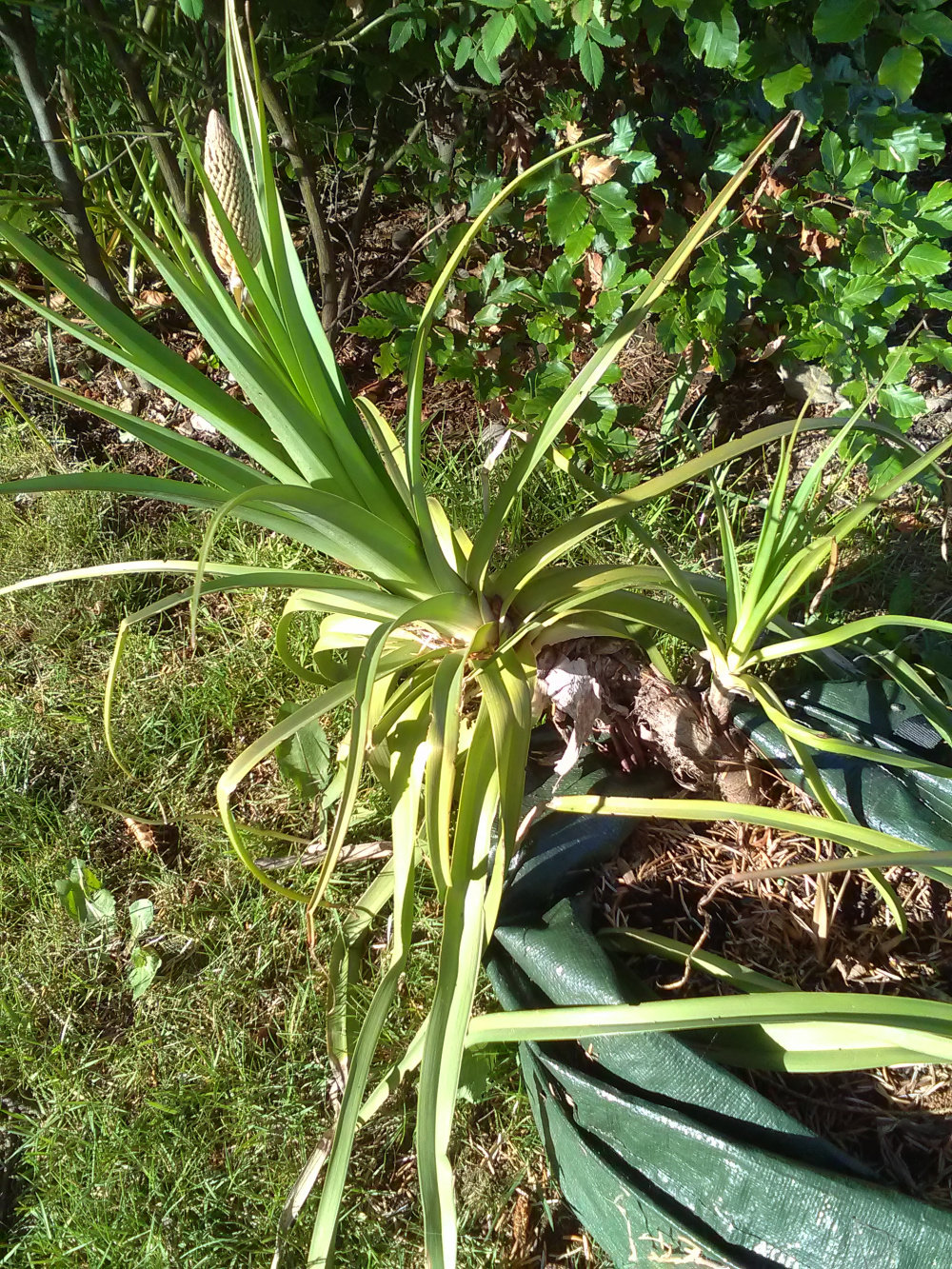