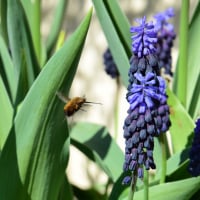 jucati1198 Buckinghamshire Posts: 56
May 2019 in Problem solving
We have moved to a rented property and discovered that there is a disease in the garden soil that takes kills large and small shrubs in the front and back garden. Also, our neighbor's plants seem to be affected.
In the front garden, we have a graveled area where there have been roses, large lilacs and other shrubs most of them have died prior to us moving in. The shrubs have been cut down and the trunks & roots left in the soil. When I was putting some perennials in this weekend I found lots of rotten mushy roots with white fungus inside and strong smell. Also, there was a Hebe shrub that was fine in winter and started turning leaves brown and spotted in March, when I tried to look at its roots it collapsed and the entire root was rotting and had white and yellow fungus inside. I have disposed of it now.

We have more roses on the other side of the drive and they seem to have something like a canker, one of the roses has been pruned down and its only shoot from this spring is now dying. In the back garden, the apple trees have canker and there are a rose shrub and a small prunus tree that both were dying and when I dug them up a month ago, they had rotten wet roots with fungus inside.

I looked up RHS advice and am a bit confused. It looks like its the Phytophthora root rot, but according to the page, there should be no fungus visible. The white fungus would indicate the honey fungus, yet when I was digging up I could not find any rhizomorphs. Can somebody advice on what this could be? Interestingly, the only survivors in this area are box and Taxus - both are host plants to Phytophthora, and are looking very healthy. So it's very confusing.
Also, we have a large Prunus cerasifera next to a sundeck it's losing the leaves already which is next to an apple tree with severe canker. The leaves are occasionally falling on my pots with 2 large Wisterias, large Lavenders, and old woody Salvias. Could my potted shrubs get infected from the leaves or rainwater?
I'm so worried, that when we finally buy our own house and I plant my pots out, that I might bring all these diseases with me from this rented property's garden. It's an absolute nightmare. Please help me with your advice as I am not a very experienced gardener.