How to prune this cherry? 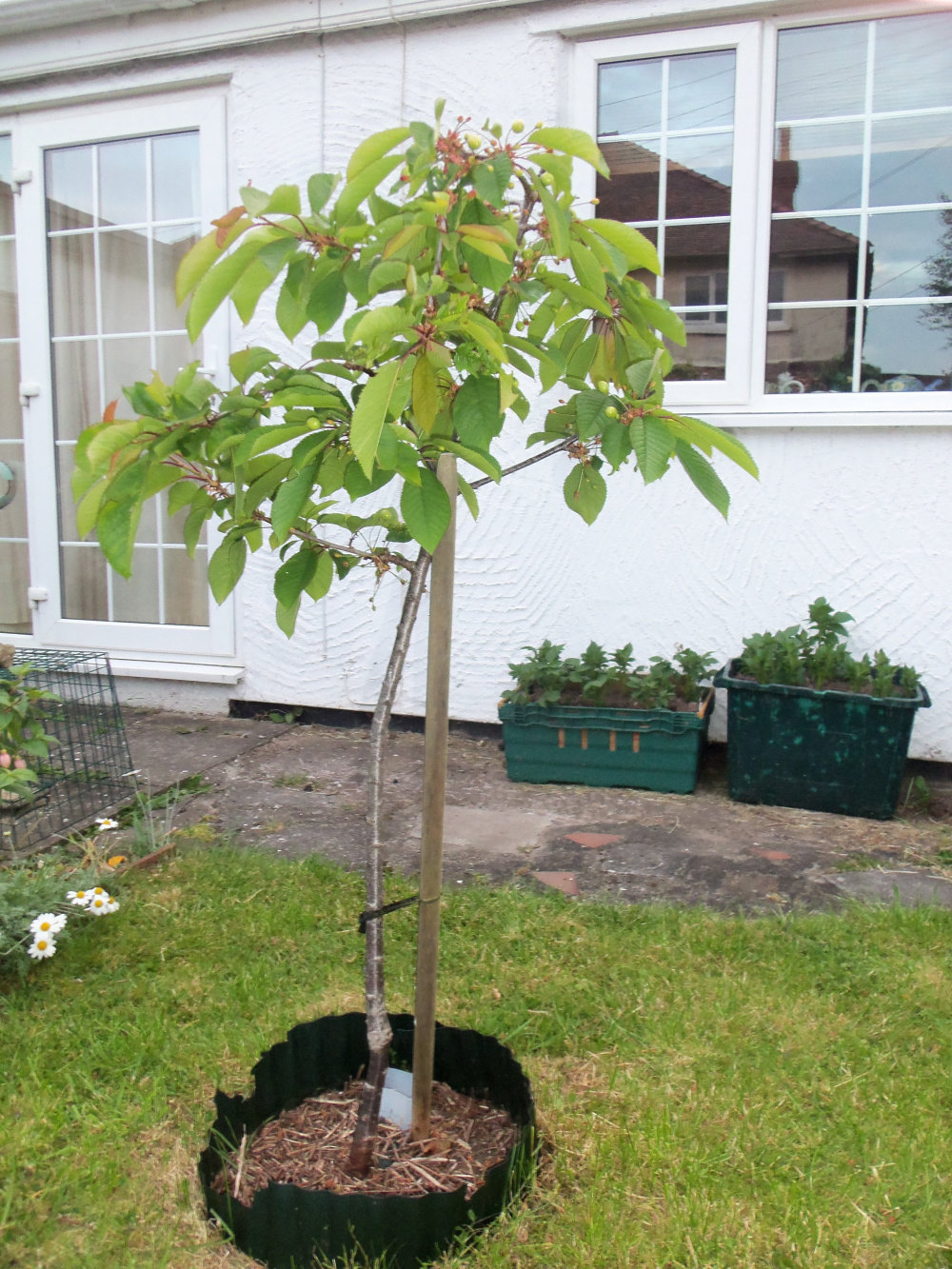 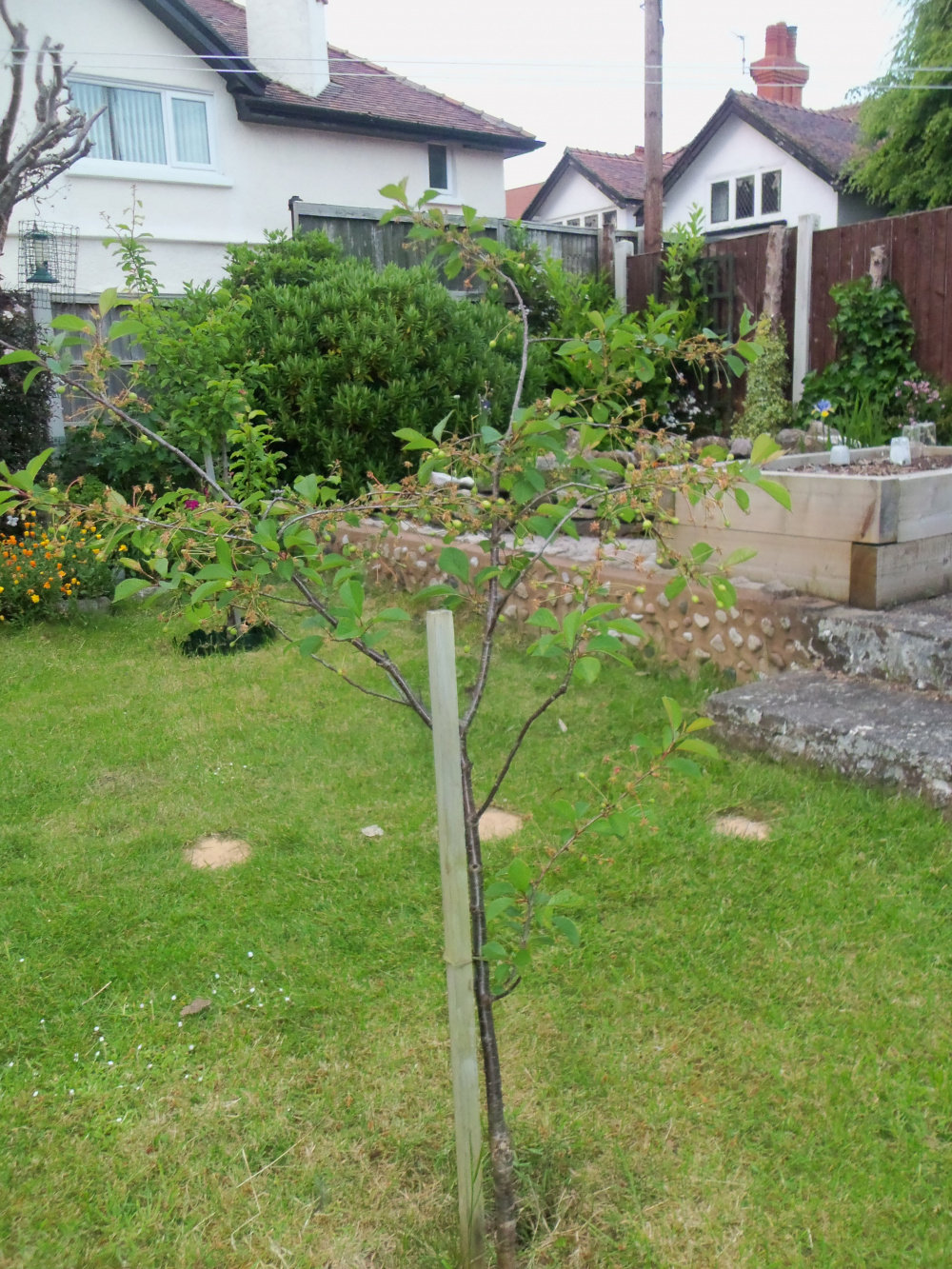 The first is a Stella, bought half-price from a chain store, planted in 2014.  About a metre tall, nice compact crown, fruits better each year, gave me about half a pound last year.  No problem there.

But the other - morello, planted at the same time, from a reputable grower, I think it was Brogdale.  Those long branches get longer each year, and are mostly bare, with all the leaves, flowers and a handful of fruit at the ends.  I know now is not the time, I'll wait until the leaves have dropped, but I'm wondering what would happen if I shortened those branches.  Would I get new growth from dormant buds, and if so, would it just grow a replacement set of ever-lengthening branches?  Neither of them has been pruned since I had them.  They are both on dwarfing rootstocks, don't ask me the name or number.  Would it be a good idea to shorten half the branches so if they don't recover, I've still got the others?  The garden's not big enough for a sprawling tree.