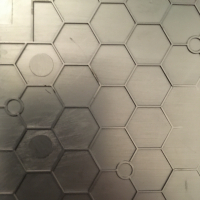 Hexagon Posts: 963
May 2019 edited May 2019 in Garden design
I'm not really happy with this area of the border. It's what you see when looking out from the house.
From left to right, there is a maple tree, some unknown spirea (autumn flowering), with ground cover ivy. Then there is a prunus laurocerasus which is growing through from next door, and there are random stones onto which I chucked the plant pots because they were crawling with ants when I went to use them/the soil in them.
After that there's a bunch of euphorbia robbiae which I've removed from most of the rest of the garden, followed by a floppy euonymus (another bit of the laurel poking through at the back) some daffodils at the front that need trimming soon, and a weigela that was outgrowing the space. To the right of that there is more euphorbia, ivy and another one of those spirea. There's a couple of bits of bramble that I'll get rid of and a few ash tree seedlings... 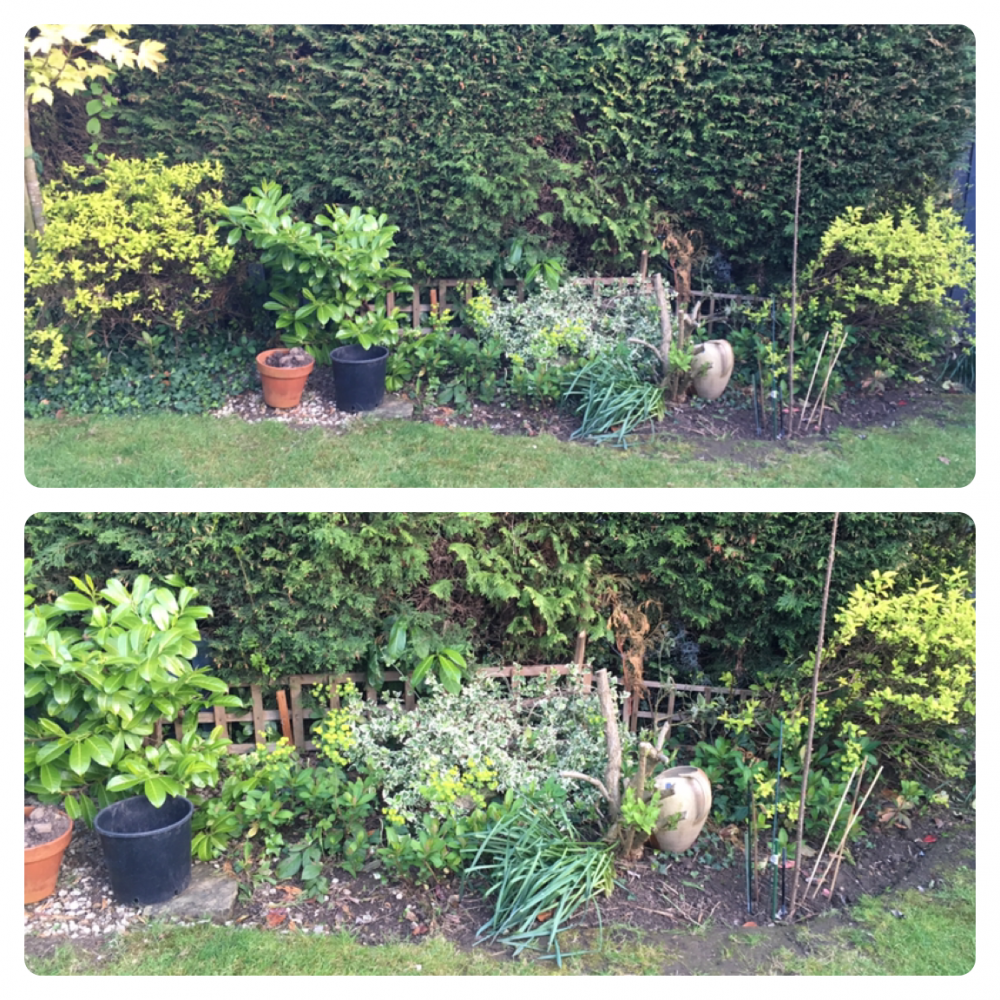 The only thing I enjoy looking at in this area is the maple tree. Its leaves are a lovely yellow against the evergreen.

My initial plan was to cut the weigela down enough to move, but I decided it was too big for that. Now I'm waiting (not patiently!) for it to regrow and fill the space. I don't like the gaps and I can see through to next door's trampoline which is unsightly.

I wanted to fill the space reasonably quickly by either dividing and moving other plants, or with cuttings from the rest of the garden, but this has failed (see the cuttings thread) and is taking too long.

Now I'm faced with spending way too much money on largish or fast growing shrubs to fill the space. Not to mention having nowhere to plant the cuttings when they finally get big enough.

The euonymus is too floppy for this area, and I want something more upright. I have a eunoymus japonicus aureopictus to replace it with, and then maybe underplant with the floppy one. Assuming they will survive being moved. I moved a different type of euonymus in Feb/March and it's thriving in its new spot.

The "fencing" there is a just a couple of trellis panels that I assume were put there to stop the dog from next door getting through. There is also some chicken wire. It makes sense to remove it but only if I put some decent solid plants in.

If I have to buy new plants, I don't want plants with strong fragrances, nor do I want anything that requires ericaceous compost.

I will probably try layering the prunus laucerosususus to get it to root on my side of the fence then keep cutting it back until it thickens up nicely. I'll probably leave the spirea next to the maple tree as there's a seating area/parasol on the other side that I can see.

I suppose my other option would be getting a mini shed or cold frame, but I'm not sure I'd want to sit there looking at it? It's the main border and all the plants in the side borders are much nicer to look at!
0
«12345»