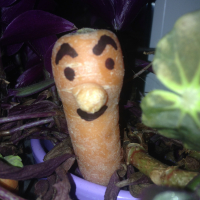 Grace Mendonca-Huntley Posts: 2
May 2019 in Fruit & veg
I have a mature apple tree in my garden and this year I have lots of ivy growing up the trunk and branches.  I like the look but not sure if it will affect the tree. Can anyone help thanks
0