Fire LondonPosts: 13,941
April 2019 in Problem solving
I have an espalier apple tree, about five years in, against a west facing fence. She's called Anita.
Q1 - have a messed up the pruning?  I have read and re-read espl. pruning guides and thought I was doing ok. But on the left side there is currently hardly any leaf or flower this year and the branches are generally underwhelmed. 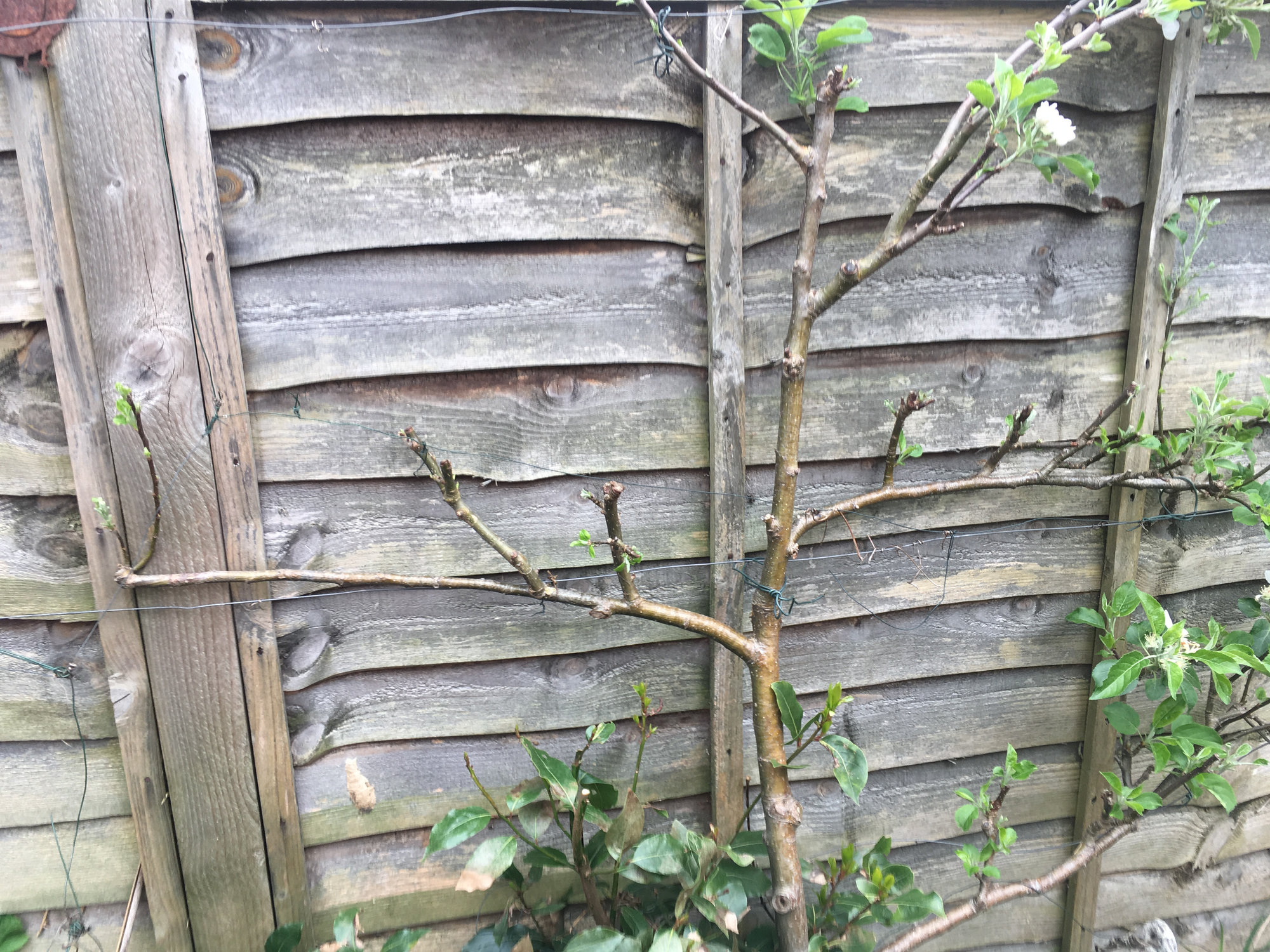 I have never got any apple to eat from the tree; the few that develop then fall when small. It planted in a tricky position between two raised planters and under the fence (though about a foot away). No sign (to me) of disease, odd leaves or bark. It's planted next to a small bay bush, which I am going to take out.
Q2 - I'm not sure what to do when there is no clear leader. As you can see from the pic above, there are two new branches at the tip on the left hand side. 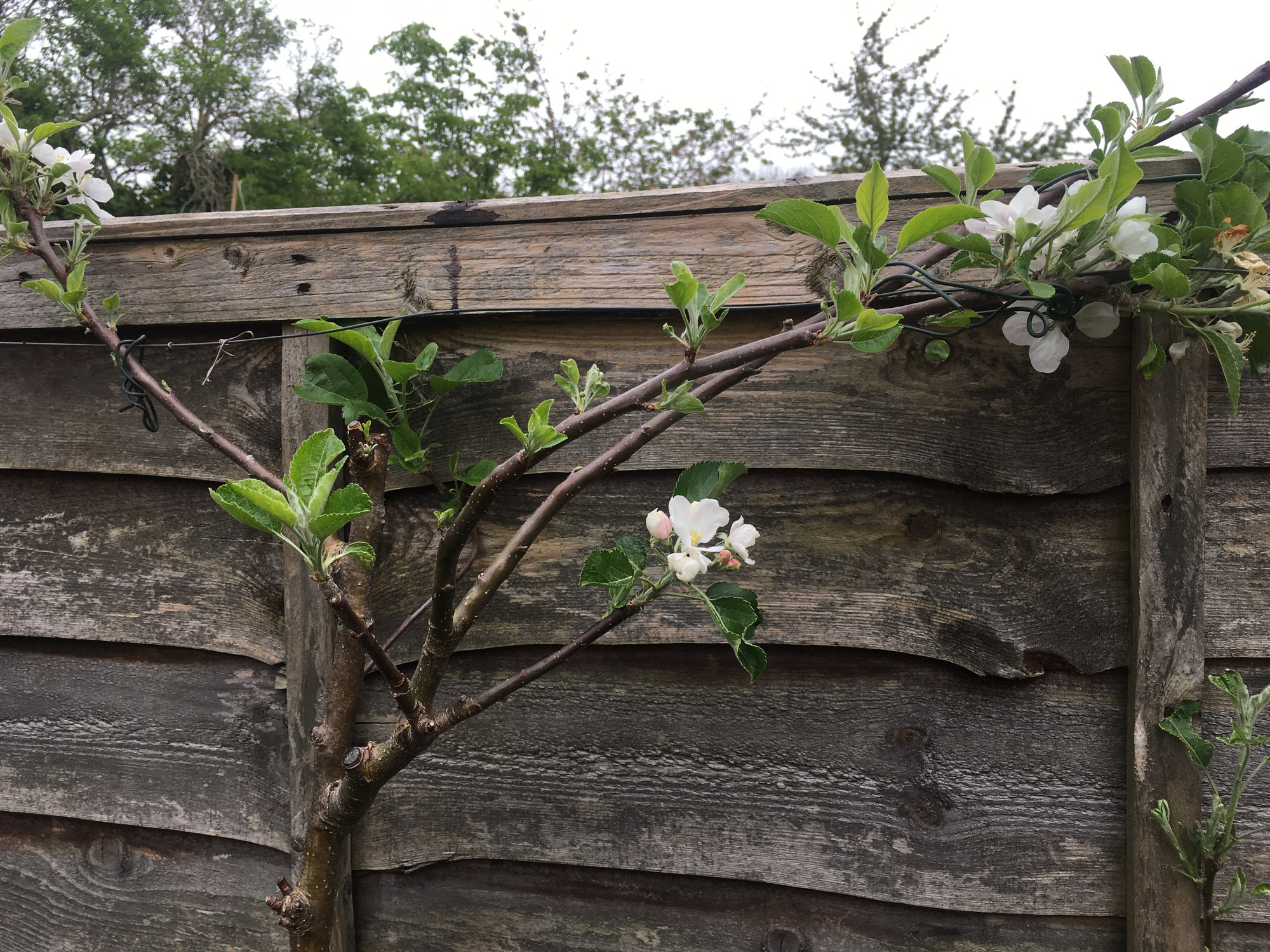 Above, as you can see, there is all sorts going on - four shoots and no clear winner as to which is leading. I left them for some months to see if it would be come obvious, but it hasn't. Which would count as a leader and which as a side shoot? 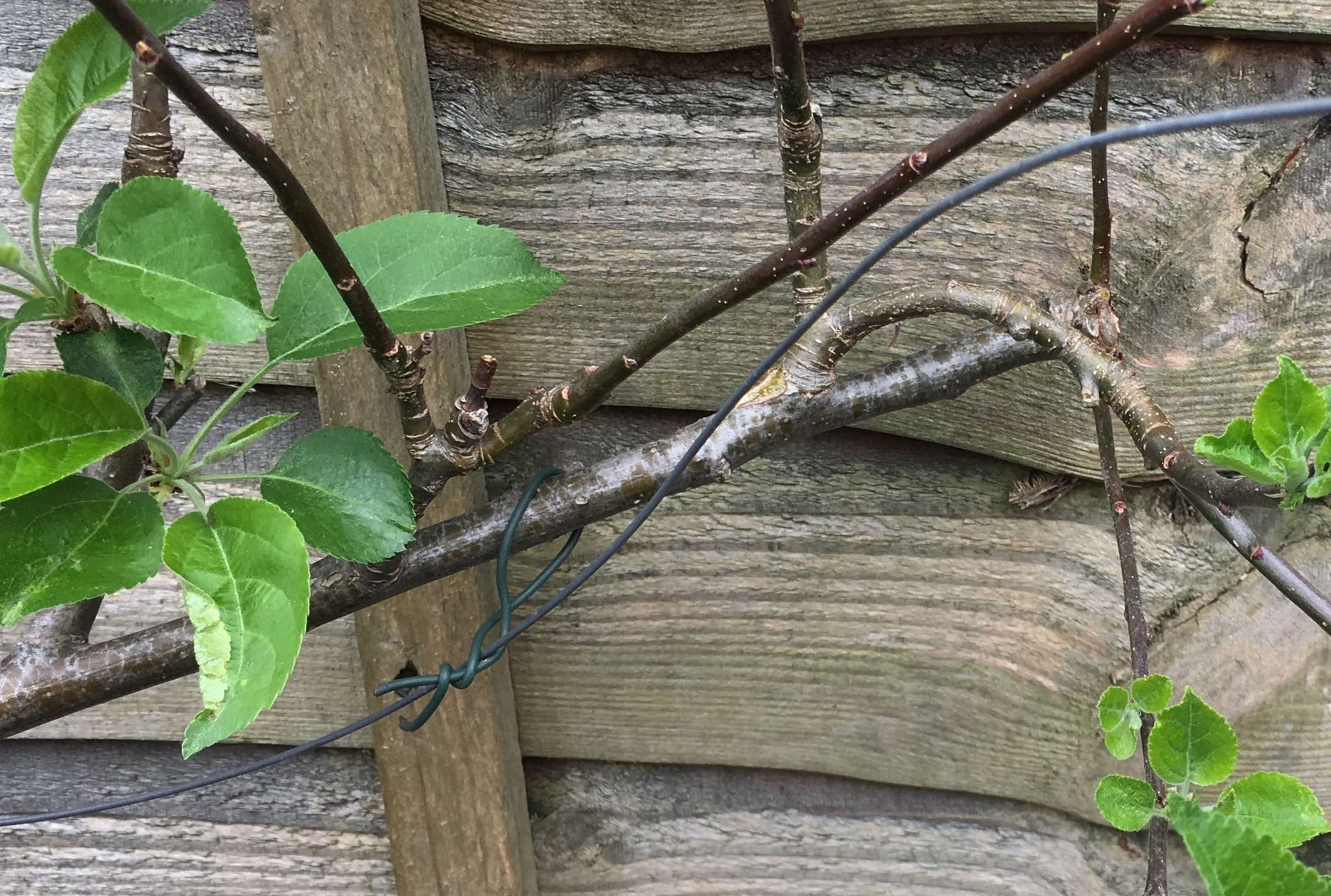 And above, again, it's not obvious which is leading.
Can one just randomly pick one and lop off the rest - does it work like that? (As I believe climbing roses do).
With an example like the pic above, how do I know if the Y shapes shoots near the tip have decided to lead or will something eventually spring from the very tip of the leader at some point?
As I say, I have waited more than a year to see if things become obvious, thinking I am being impatient (whilst trying to research the answers). I imagine it's about how the plants' hormones 'think'. Can you could choose a leader for them or do they have very clear ideas about who goes first?
Thoughts welcome. Thanks