I am hoping someone will be able to give me some advice. This is my garden, as you can see the borders are very narrow. The ones next to the cottage walls are 80cm wide x 3.5m and 4m Long. With a very small border in front of the trellis.

How can I create the closest thing to a cottage garden here?

Ideally, I'd love to have something low growing at the front that might spread out into the gravel (I could maybe dig out a small trench in front of the wood). Then something a bit taller then something taller behind that. I'm pretty sure this is unachievable though, given the width.

I would like to create a haven for wildlife so would like most things I plant to be beneficial to at least one type of insect/bug/bee etc.

I've got some sweet peas for the trellis which I'll plant on the other side of it, leaving space in front for something else

The garden is in South East Scotland, faces West and has acidic clay soil. If westerly wind is strong it gets a bit battered as its up a slight hill but that's not too often. The end of one of the borders is shady and does have a clematis there (growing out of the gravel rather that the border) which I'm trying to revive.

I have grown vegetables before but when it comes to growing flowers I'm a bit of a novice!!!

I would be so grateful for any advice to help me create something lovely for summer and beyond. 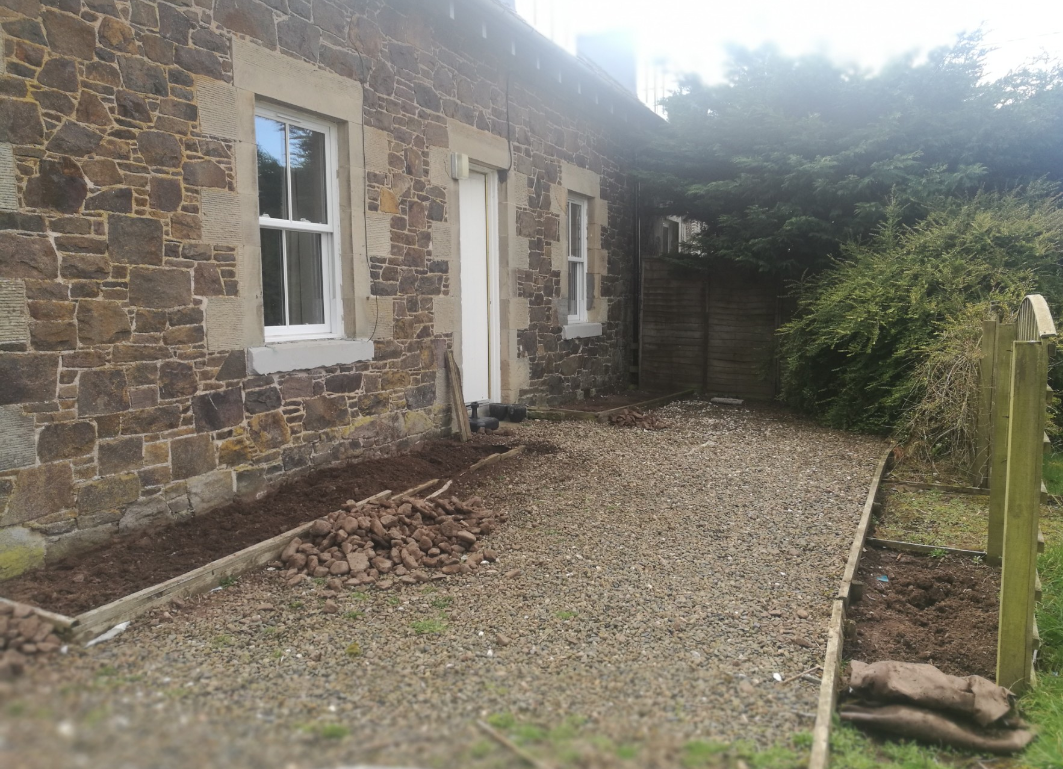 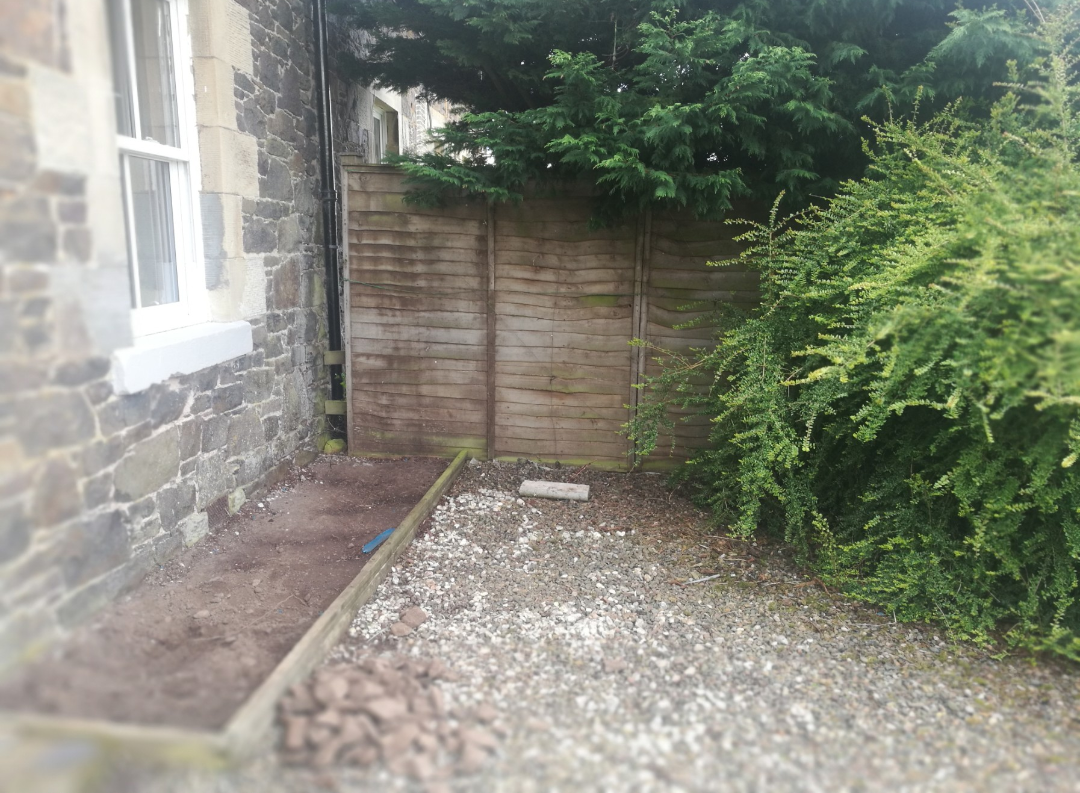