brynthomas.uk Posts: 21
April 2019 in Problem solving
Hi, I have a large area of overgrown bamboo that I be inherited in my new garden. My intention was to reduce it's height, cut it back and thin it out. However, it is so dense that thinning out is very difficult. It's shoots have also grown under some of the bricks of the terrace which it is next to, so I'm a bit worried it may damage my house if not cut back or completely removed. After cutting some of it back I have been left with the rhizome which is fairly large and protrudes further from the base than Id like, so wondering if anyone has any advice on how I I should approach getting this under control and tidied up. Or if best to completely remove if it is going to be a lengthy battle! It is about 15 ft high. 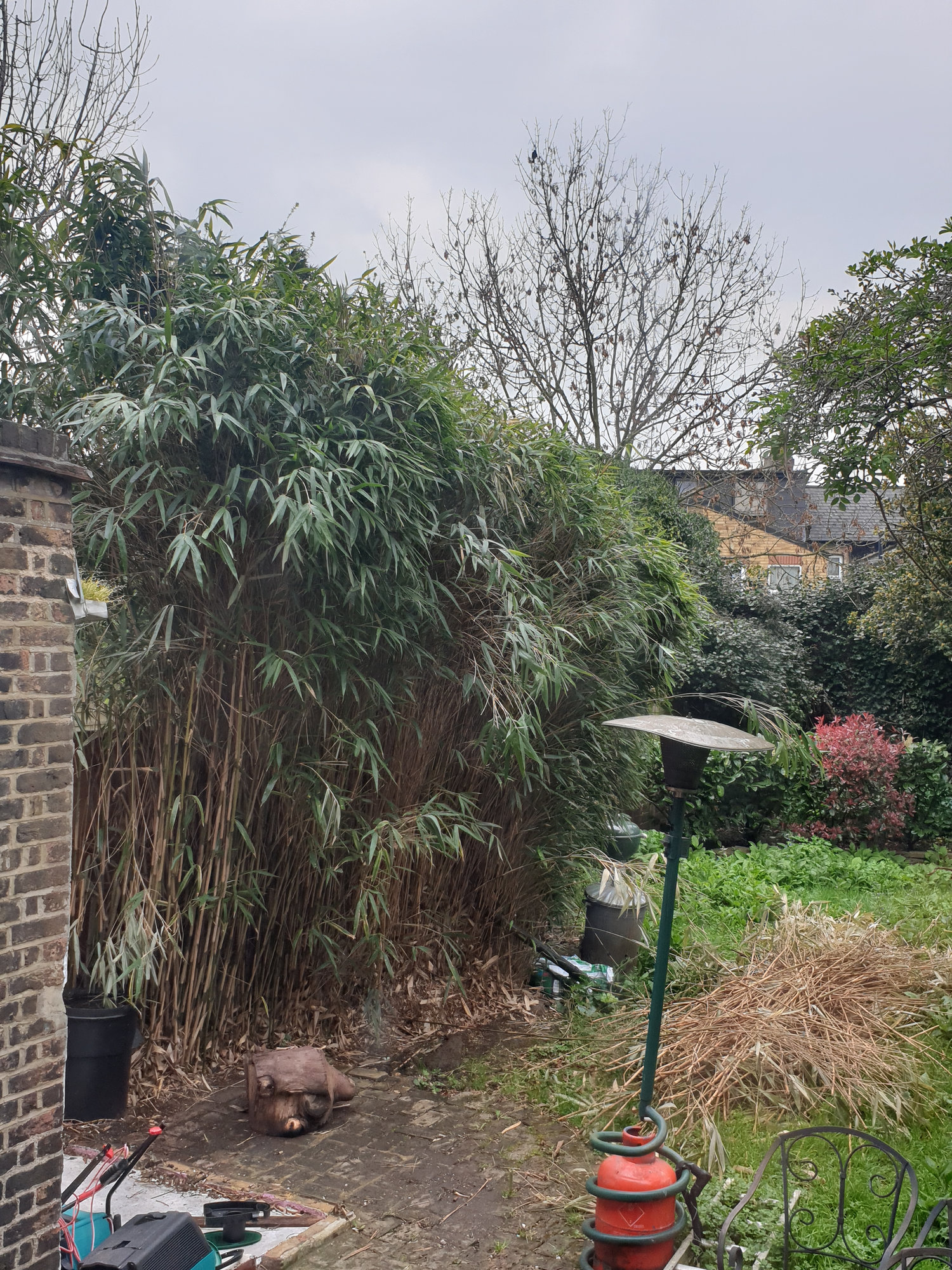