Tree pruning near a fence

I have a pear(left/first picture) and plum (right/last picture) tree that look healthy and produce lots of growth. The Pear tree produces lots of delicious pears but the plum tree now hardly produces any fruit. It used to be great 3 years ago but I think my pruning means it is now not fruiting at all. I have yet to really prune the pear tree and don't want to ruin that too!

I have read up a bit on pruning trees and growing along a fence but none of the guides seem to start from where my trees are now!

My question is can I keep the trees to a reasonable size (less than 12ft, the fence is 6ft for scale) and still keep them producing loads of fruit and how to prune them? We only have a small garden so wanted to have trees not take up too much space. The trees are only about 6 years old and are south facing so get lots of sun.

Thanks for any advice.
Adrian. 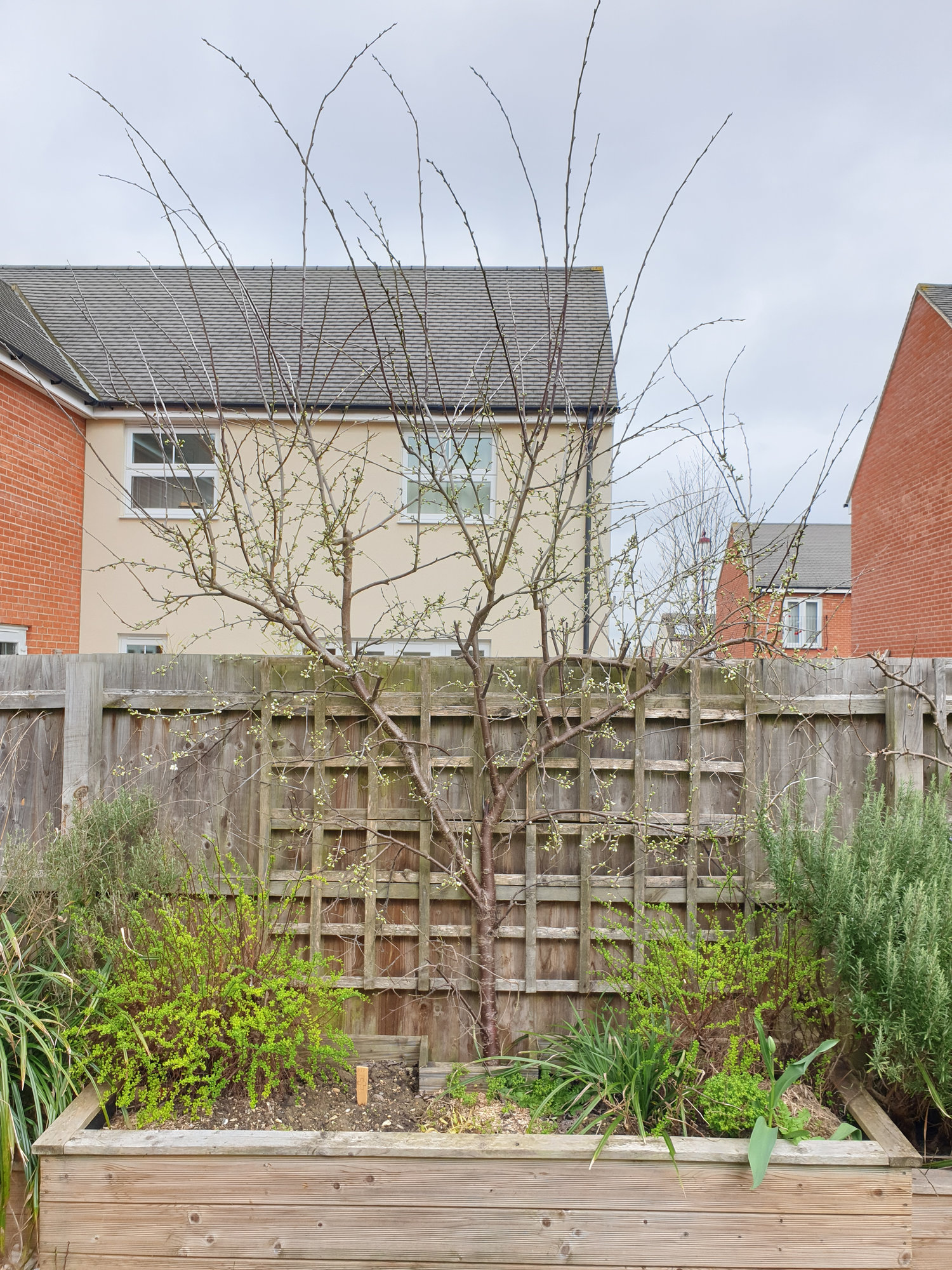 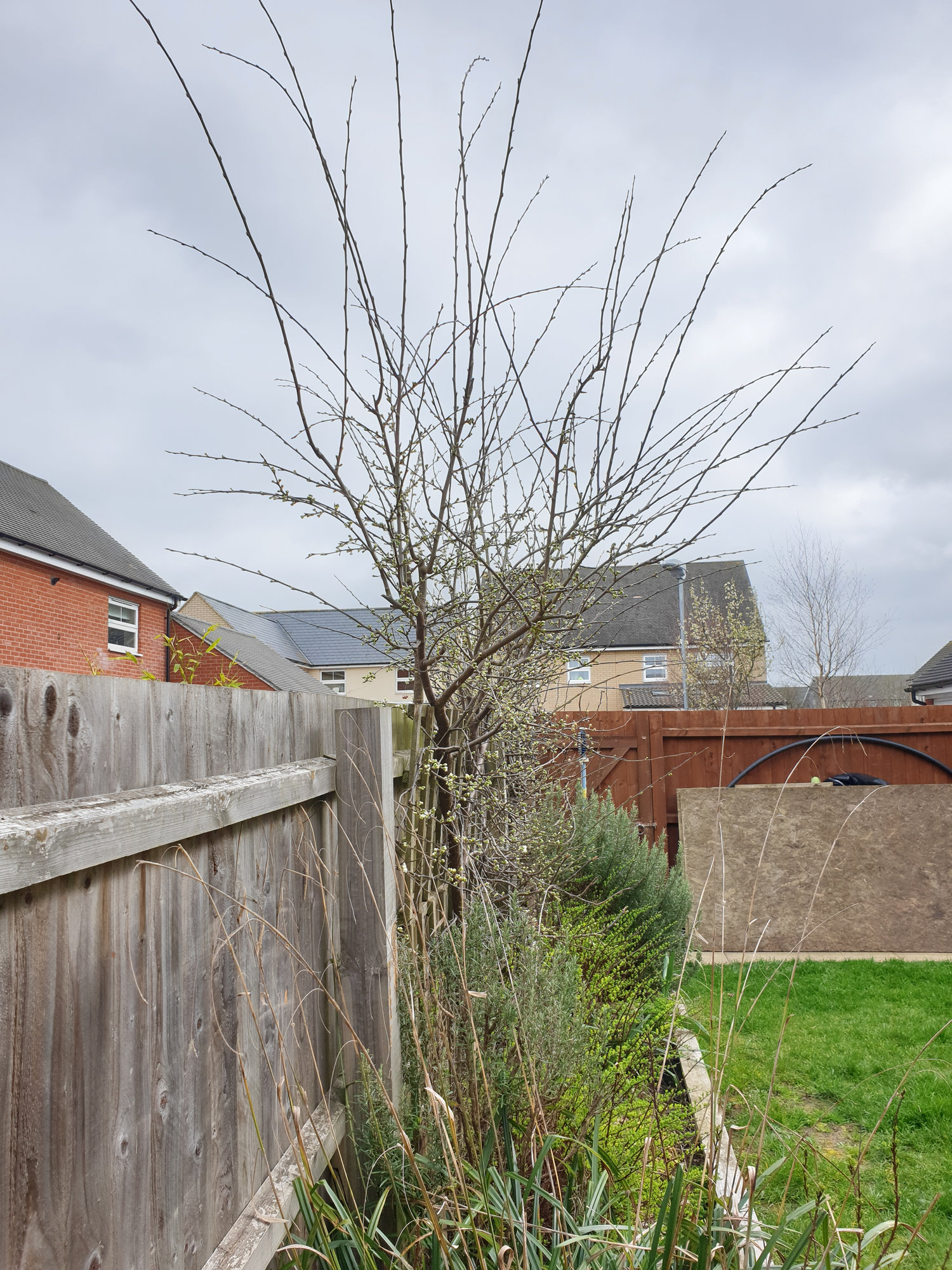 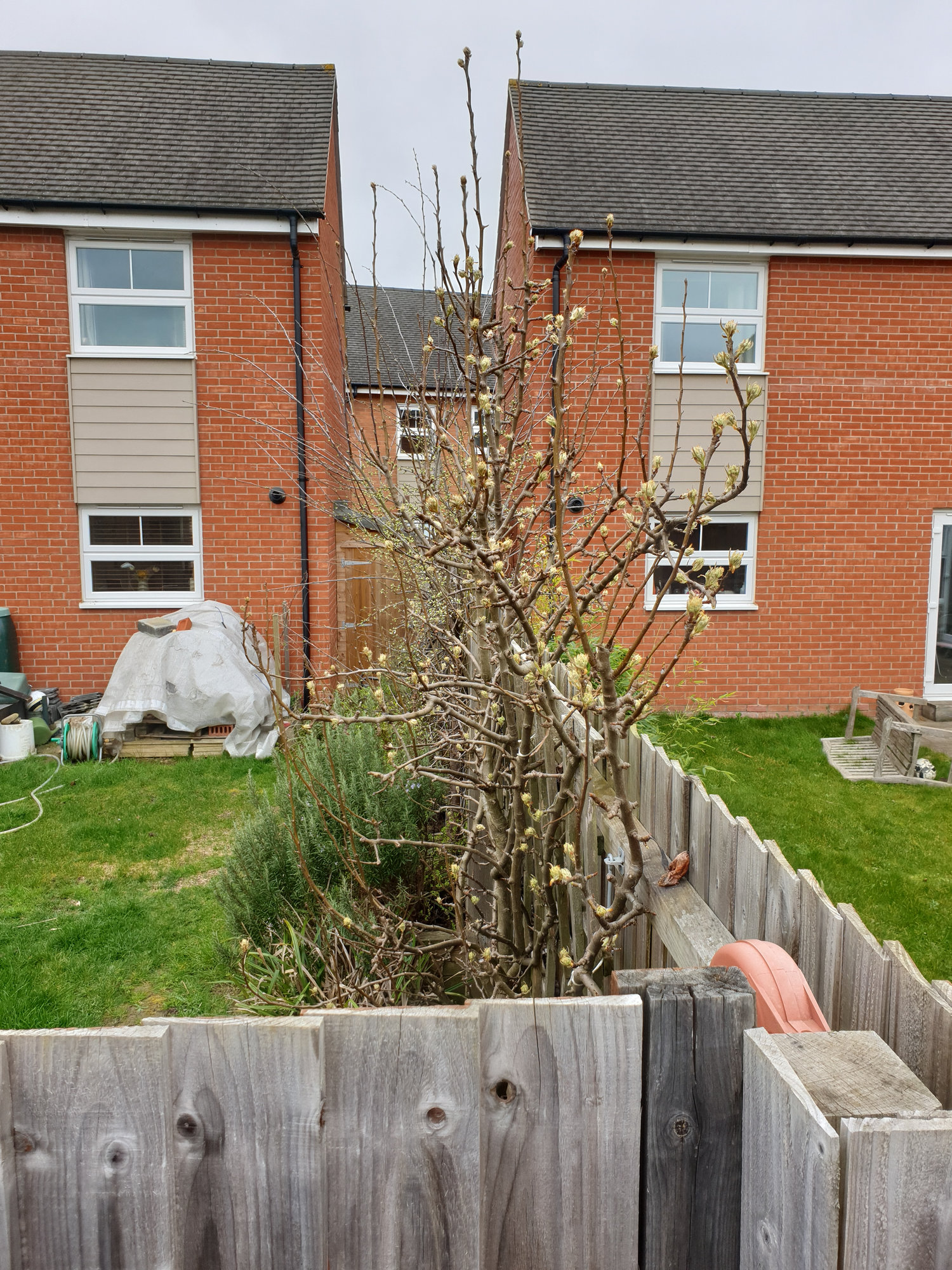 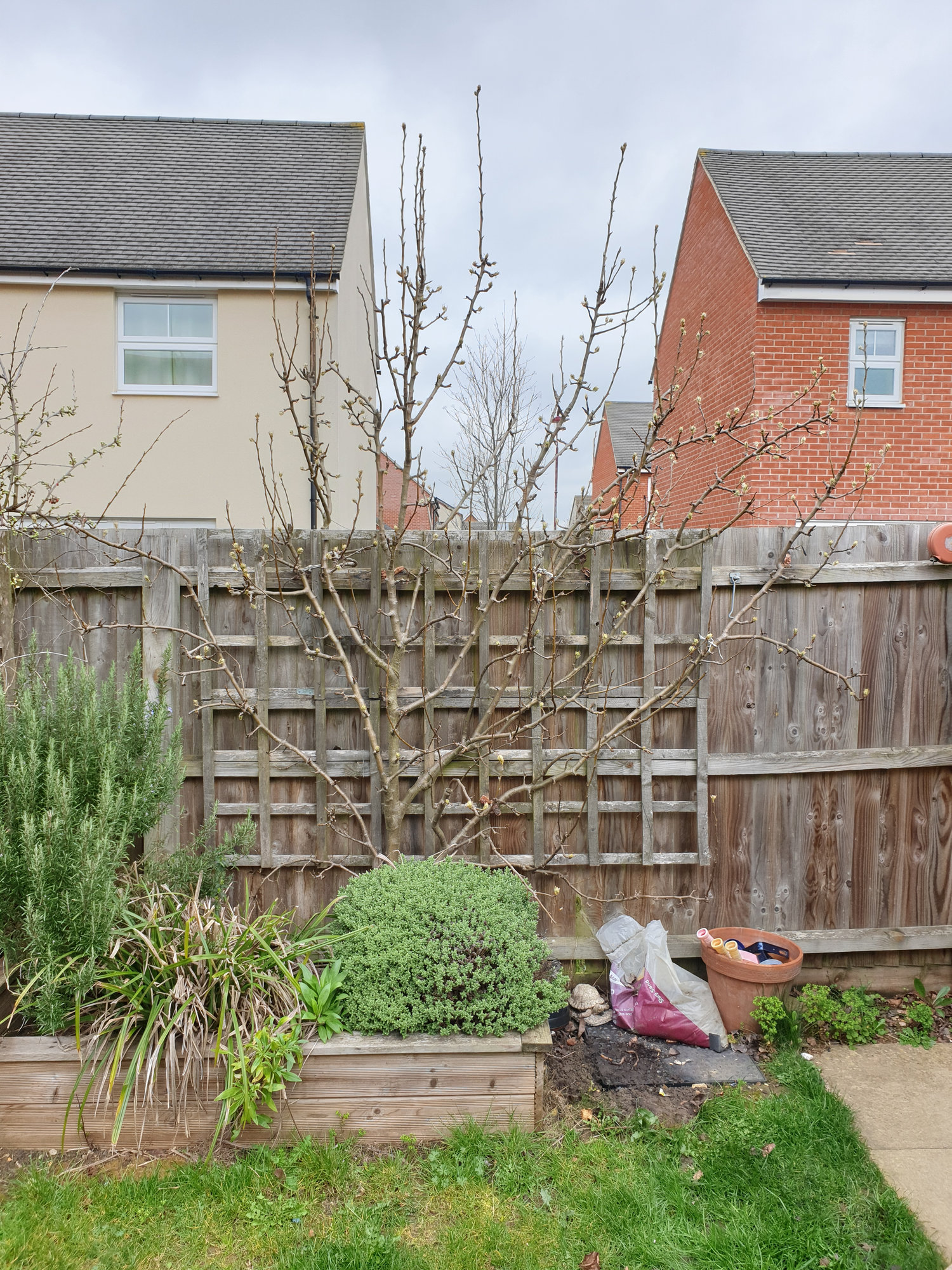