My boss received a very nice bouquet around St Valentine's (not from an admirer but a friend) in purple tones. It had a beautiful lavender/mauve rose. It had got dried unfortunately, but I thought, what the heck, I'll try to root it as I've seen it done on GW etc (I know that florist roses don't necessarily do well in colder climes). I've never tried to root a cutting of anything. While I was doing the florist rose, I remembered that the weekend before I had pruned my Queen Elizabeth - the prunings had laid on my lawn for a week. They were good green stems and they still seemed green. As an experiment I took the stems, cut them down to size and stuck them in compost at the same time as the florist rose.

Here they are after two weeks: 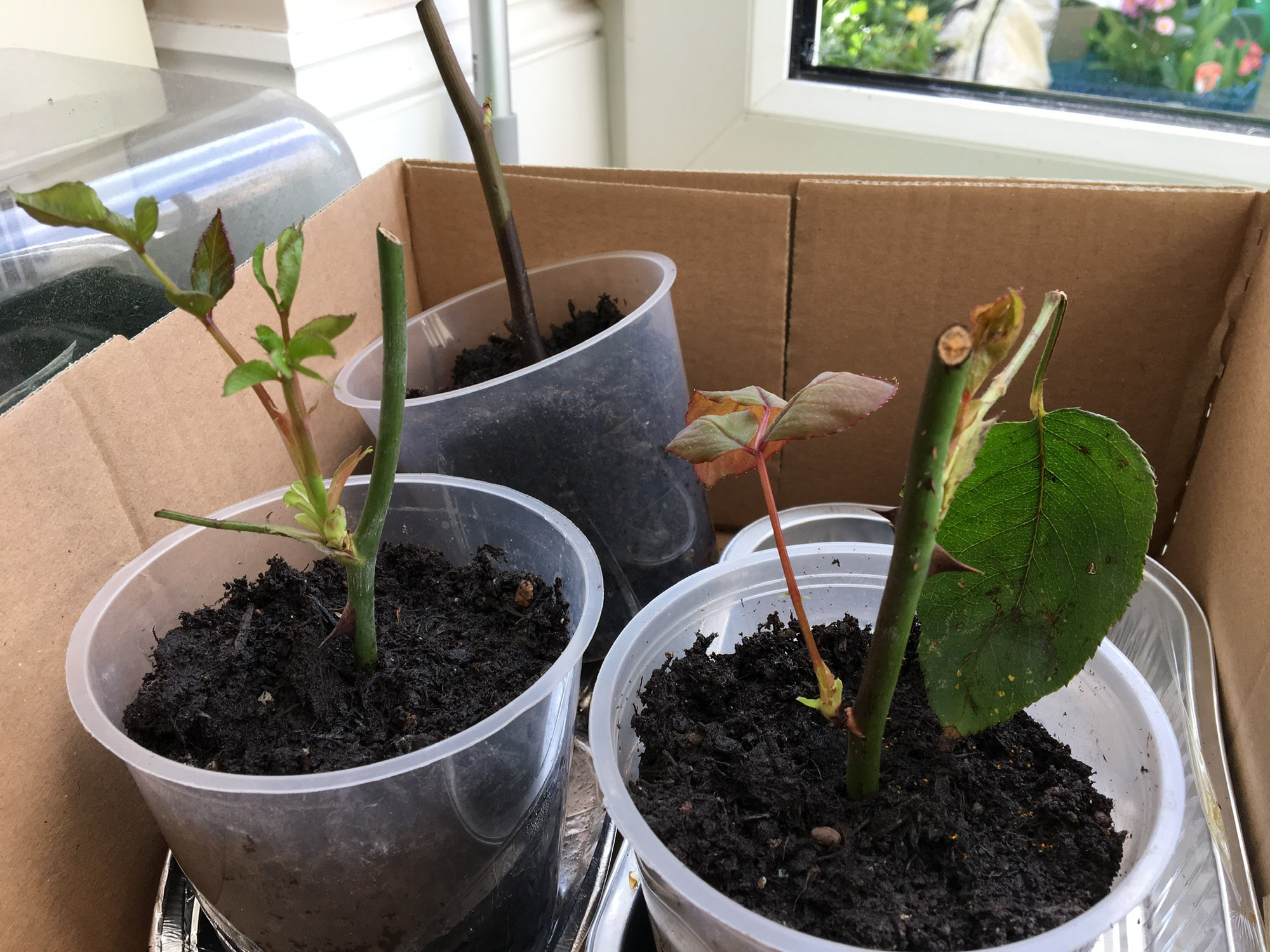 The two in the front are from the Queen Elizabeth. What beast that rose is! What you see is all new growth (except for that big leaf). I am cautious as I have read that new growth is not an indicator of roots, but of residual energy in the stem, considering that these stems were just lying on the ground for a week, I think it's pretty amazing anyway.

The florist rose is just beginning to sprout a bit on that bud, but unfortunately, it seem to have some sort of 'water' damage. I was trying to remove a bit of fungus and I ripped the 'skin' of the stem and I then noticed that the stem was darkening as if water was making its way up the stem. Close up: I still have hope as that little bud is sprouting. What do think? Is it damaged and not to bother with or should I try to cut the stem and start over (even if it will be very short). Thanks for reading this long post.
0