viator Posts: 17
March 2019 in Problem solving
Hi all,
Was hoping to get some advice on a 25+ year old buddleia i have. Please bear with me as its a bit of a story!

Its been a small tree for years and i usually prune it back the same amount each year and it puts on an amazing show every summer. However, the pruning back every Spring used to take a good 3 hours as the thing was so tall and it was a real chore, so i decided to gradually reduce the height of the mature branches each year - starting last year. (I previously had another 30 year old buddleia that was well over mature and when i tried to cut it down drastically, the entire thing died, so i figured doing things gradually with this one might be the safer option!). So, things were great after pruning. Id taken all the new growth off from the previous year (beg of March) and also taken a chunk of the older wood off too (end of April), literally reducing the height of the entire bush by half. New growth started appearing lower down on the mature branches and some at the base of the tree which had never happened before so i took this as a good sign, that there was some good energy at the base. However, a couple of months later, i noticed that one of the thickest, oldest branches had some fungus growing on it. Despite that, there was still plenty of healthy growth on it so i let it be. But by the time the heatwave set in, i realised the entire branch had died and killed off all the new growth. I sawed it off right to the base and the rest of the buddleia did fine for the remainder of the year, though there weren't quite as many flowers as usual, probably due to pruning it hard once in March and again end of April. The flowers were some of the healthiest i'd seen from that plant though, so i was happy.
Now, ive had a look at it today and just chopped the top off for now, hoping to reduce the older branches by another 30cm or so when we get a bit of drier weather, and ive found another mature branch at the back with some jelly fungus and then lower down, with what appears to be eggs. But i think these must be a fungus upon closer inspection, as some are irregularly shaped. Some sort of puffball? They are very tiny and both types of fungii are on the same branch in different places. Can anyone confirm this for me?
Ive noticed for years that on the very old, thick trunks/branches, the bark tends to peel off near the bottom. Presumably this is dead? Should it be stripped off to prevent damp penetrating further into the branch underneath? Im wondering if this might be contributing to any rot that is occuring on the older branches.
Basically, can anyone advise on how i should further look after this buddleia, and how to prune and maintain it going forward? Im worried about cutting it down too far in one year incase the shock kills it like it did the other one. I would like to keep it as a large bush with a strong base, rather than cutting it right down and having sprawling branches all over the place. Should i saw off the branch with the fungus growing on it?
Thanks for taking the time to read this and for any advice etc. Much appreciated!
Gill 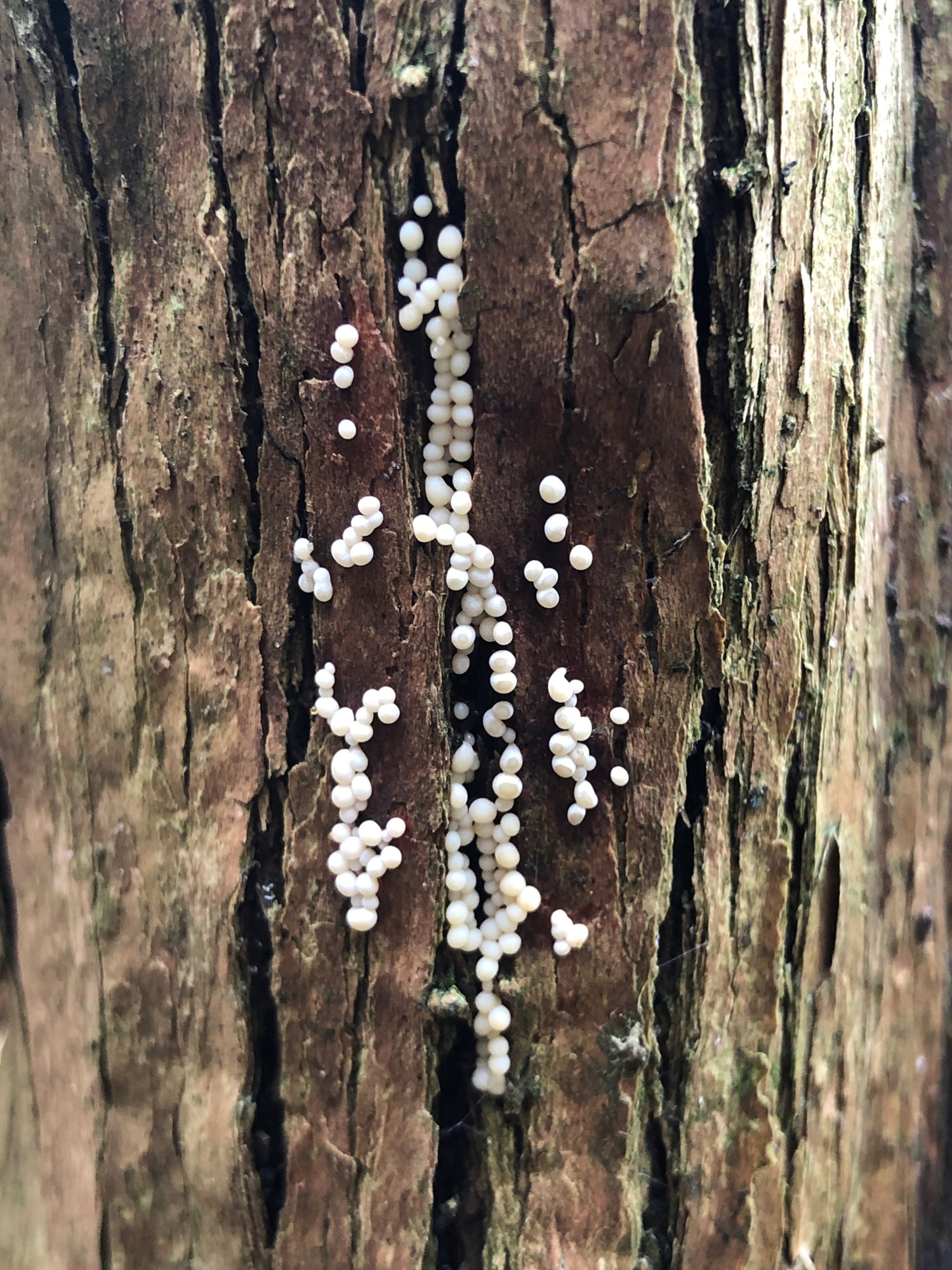 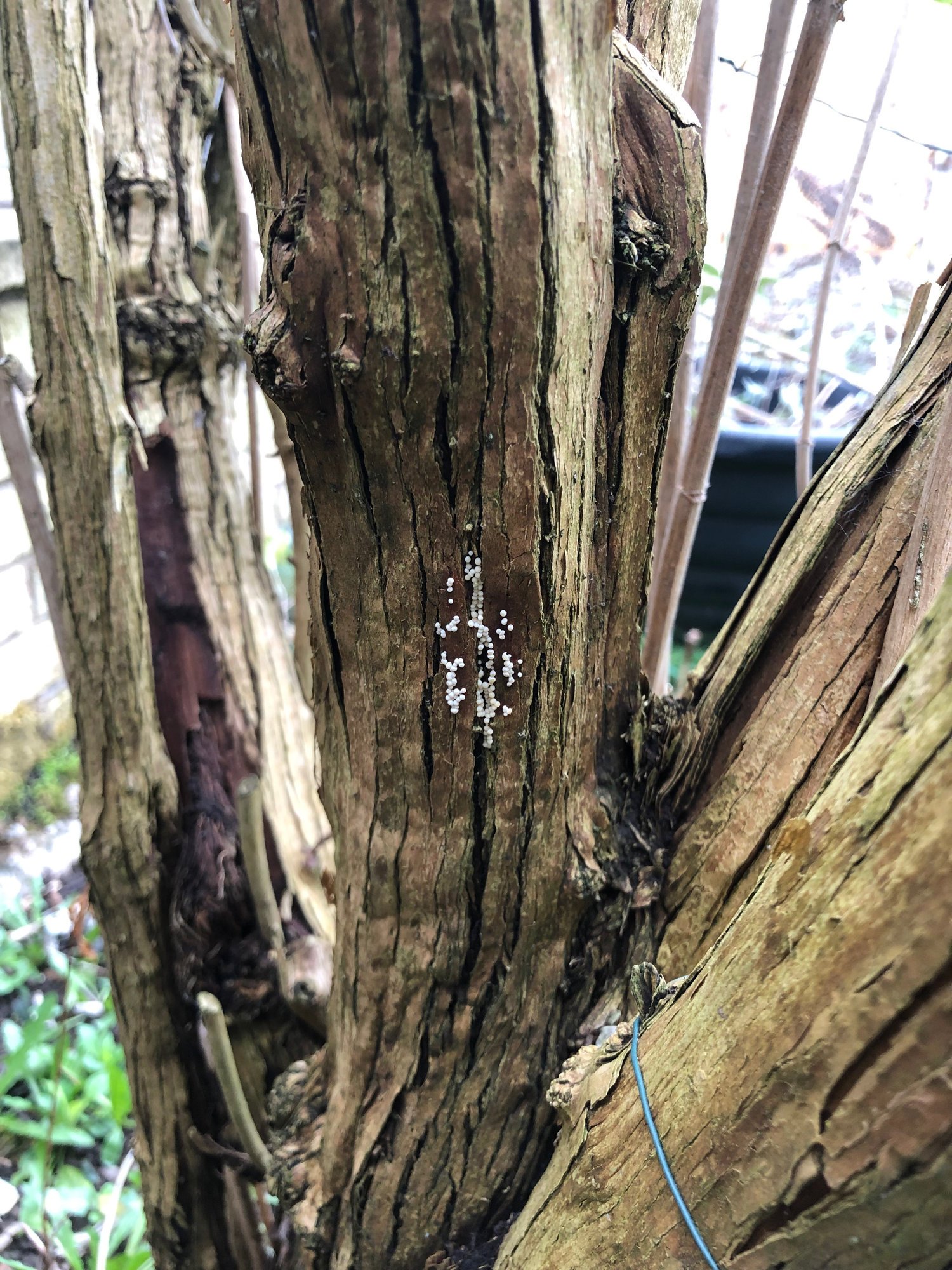 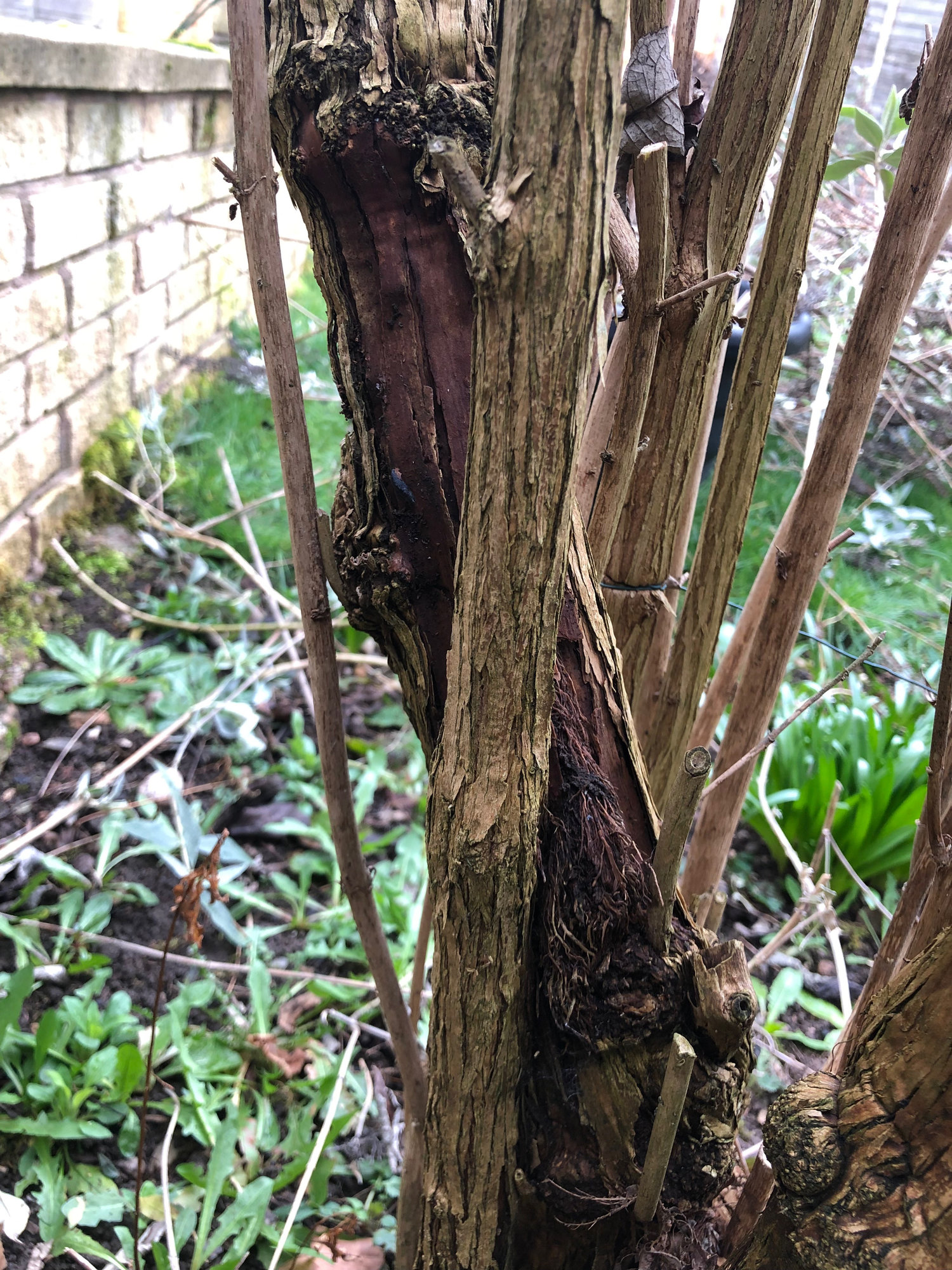 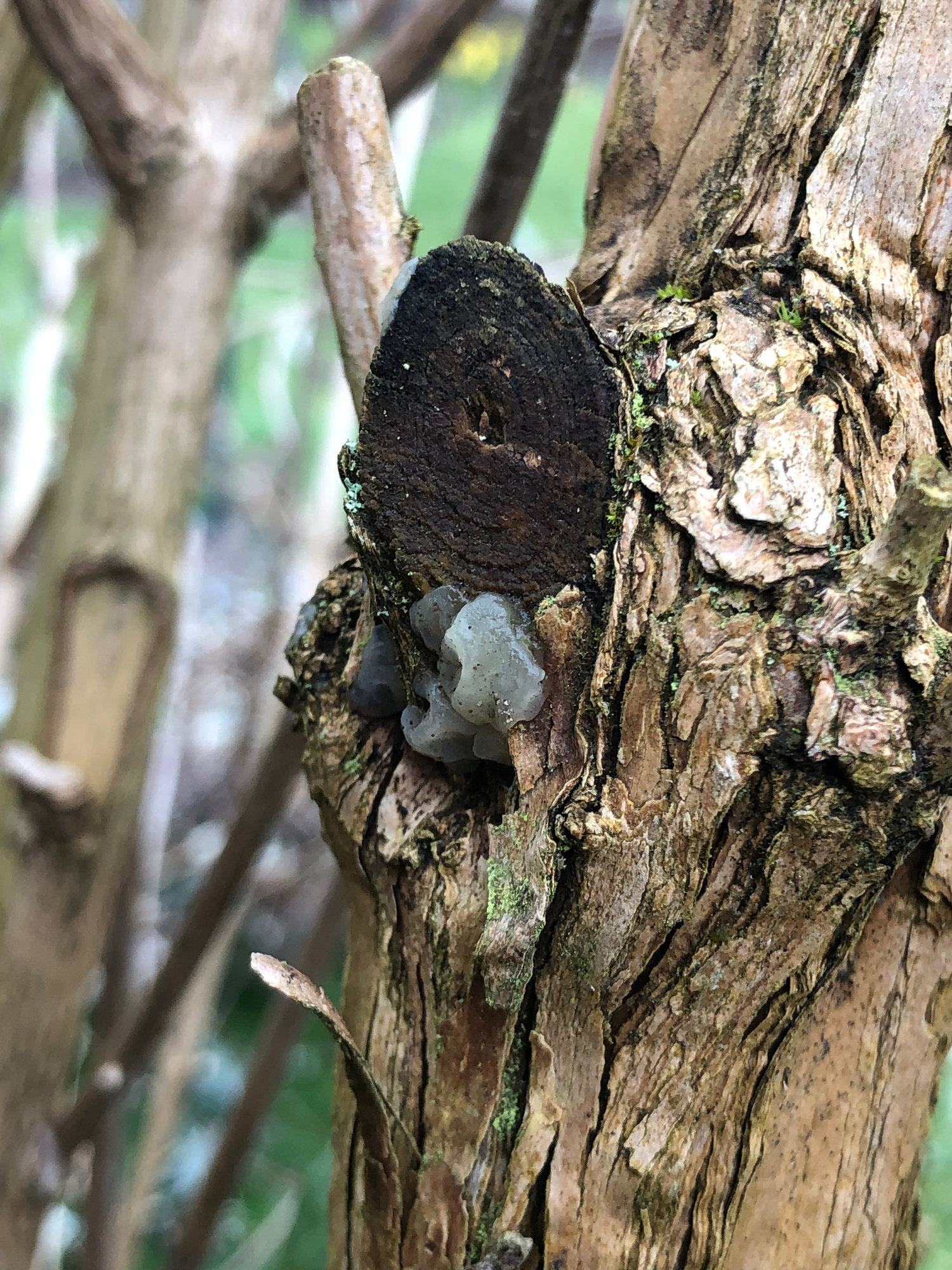 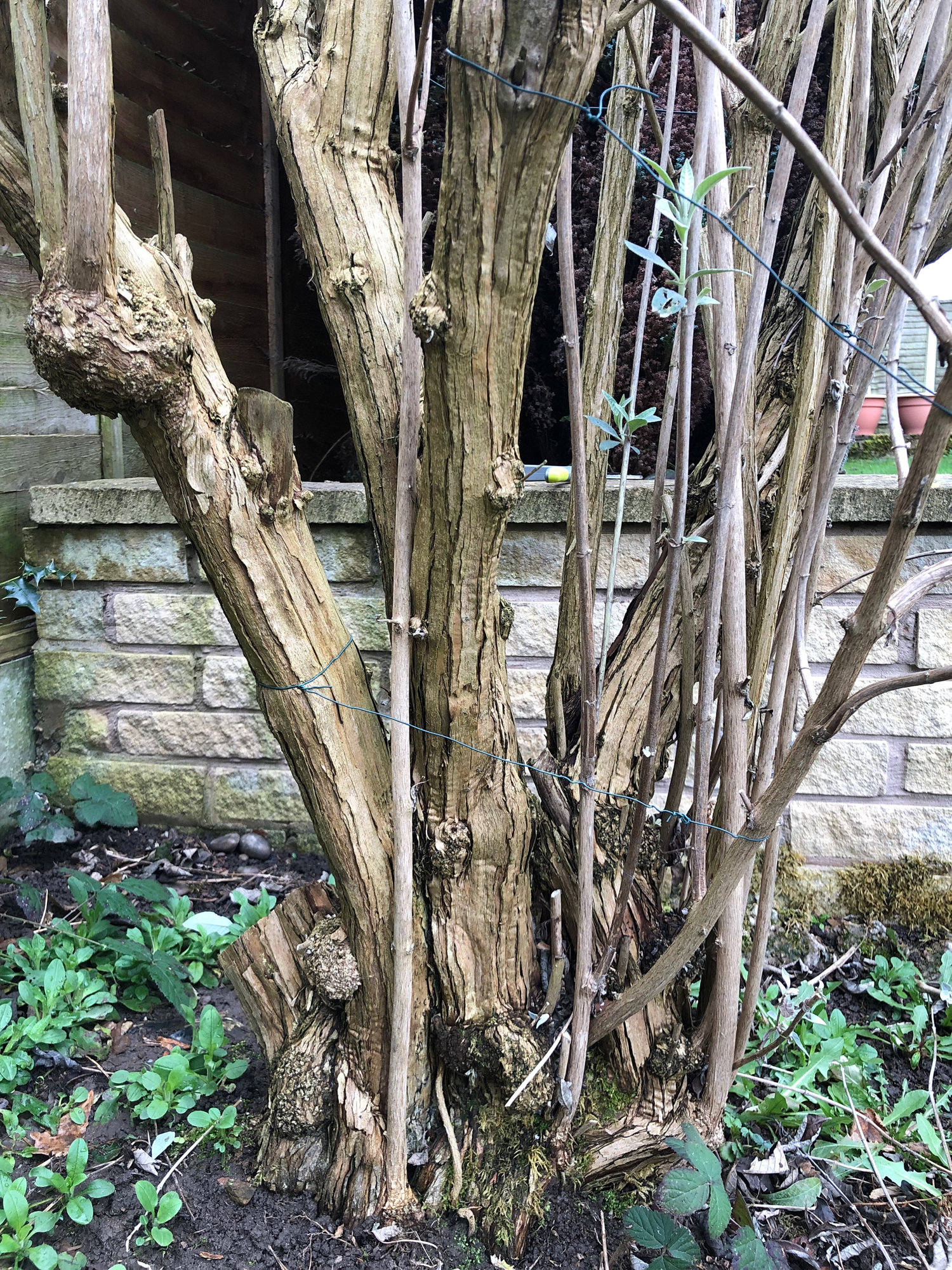 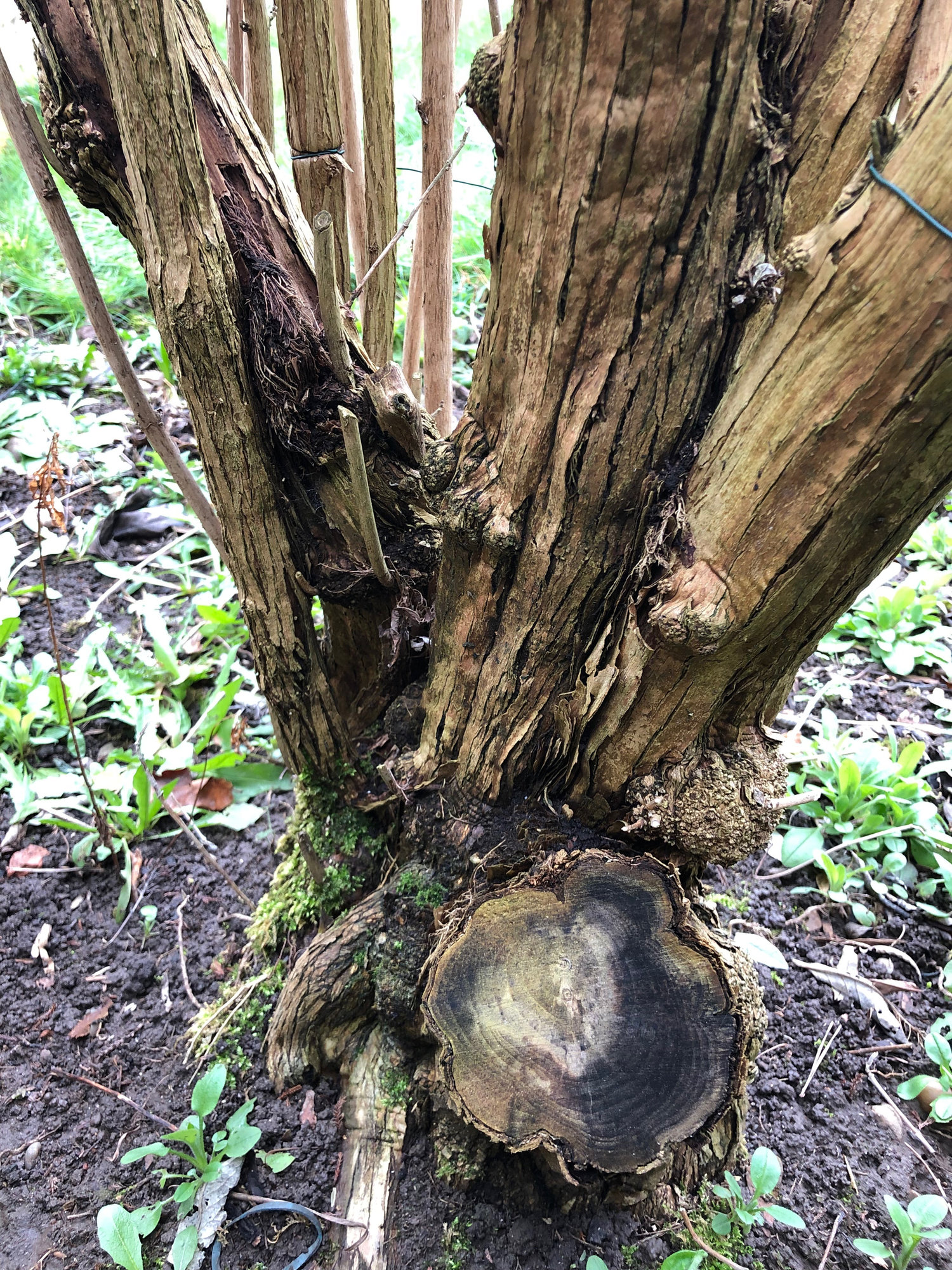 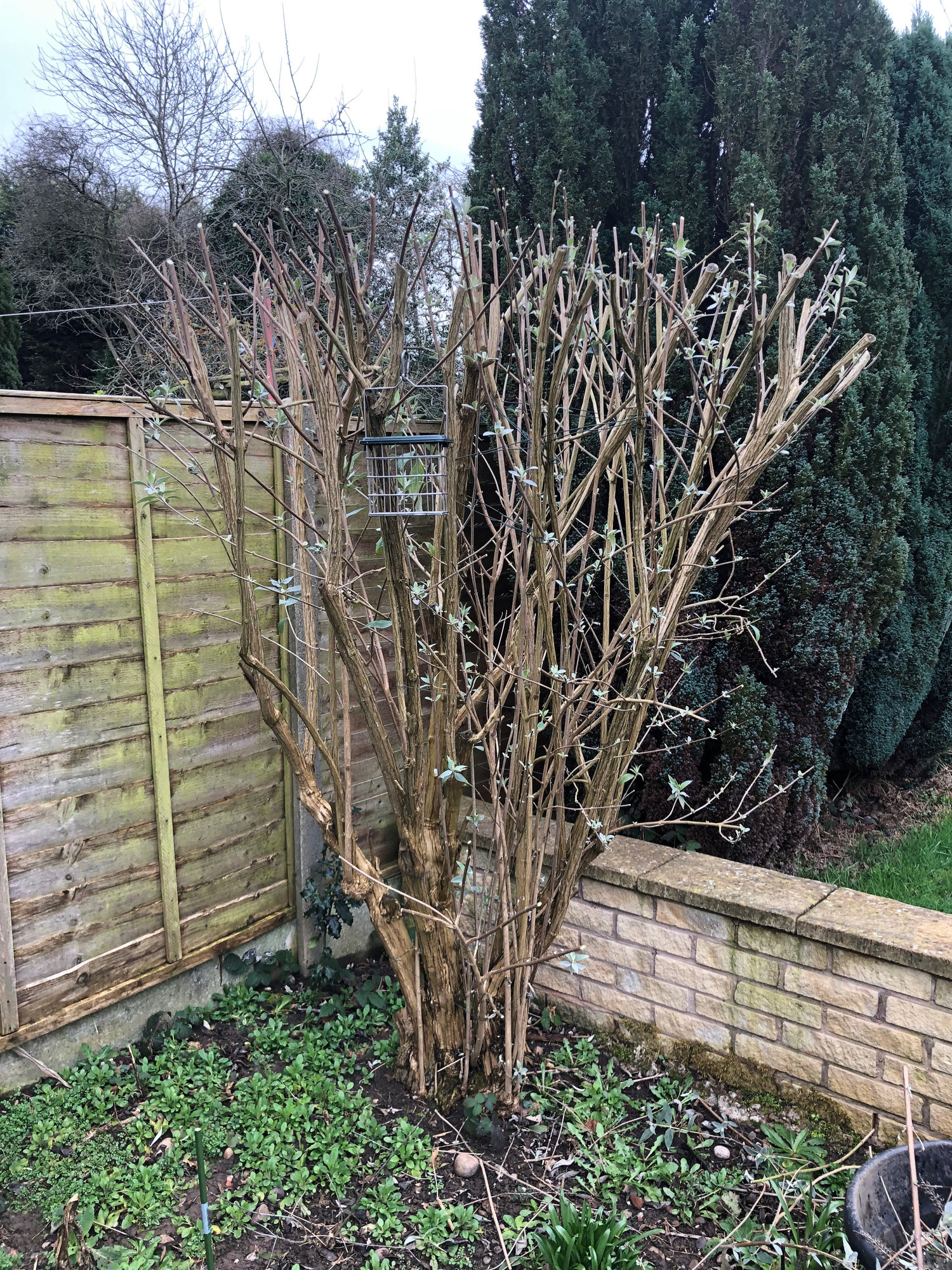