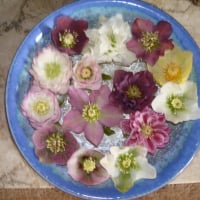 fidgetbones Posts: 16,234
February 2019 edited February 2019 in The potting shed
This is the story of a big tick off my bucket list.  23kg bag allowance , so I can't take you with me, but I hope this will give you a glimpse of my big adventure. Those of you who hate other peoples holiday photos, stop reading now.  I will post a days worth each day.
You don't stop doing new things because you get old, you get old because you stop doing new things.