Learner Gardener How to prune unidentified 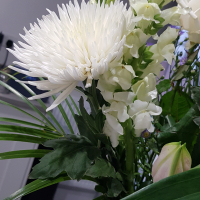 ~Jenna~ Posts: 31
February 2019 in Plants
Hello I am new to this and wondering if anyone can help me. Is there a general rule when pruning if you don't know what the plant is?
I am total novice but want to learn and I have some plants which are quite small (maybe 30-40cm tall) but they are all twiggy where they lost their leaves over winter and I don't know whether to cut them back or not.
Thanks in advance