Ideas for this yard 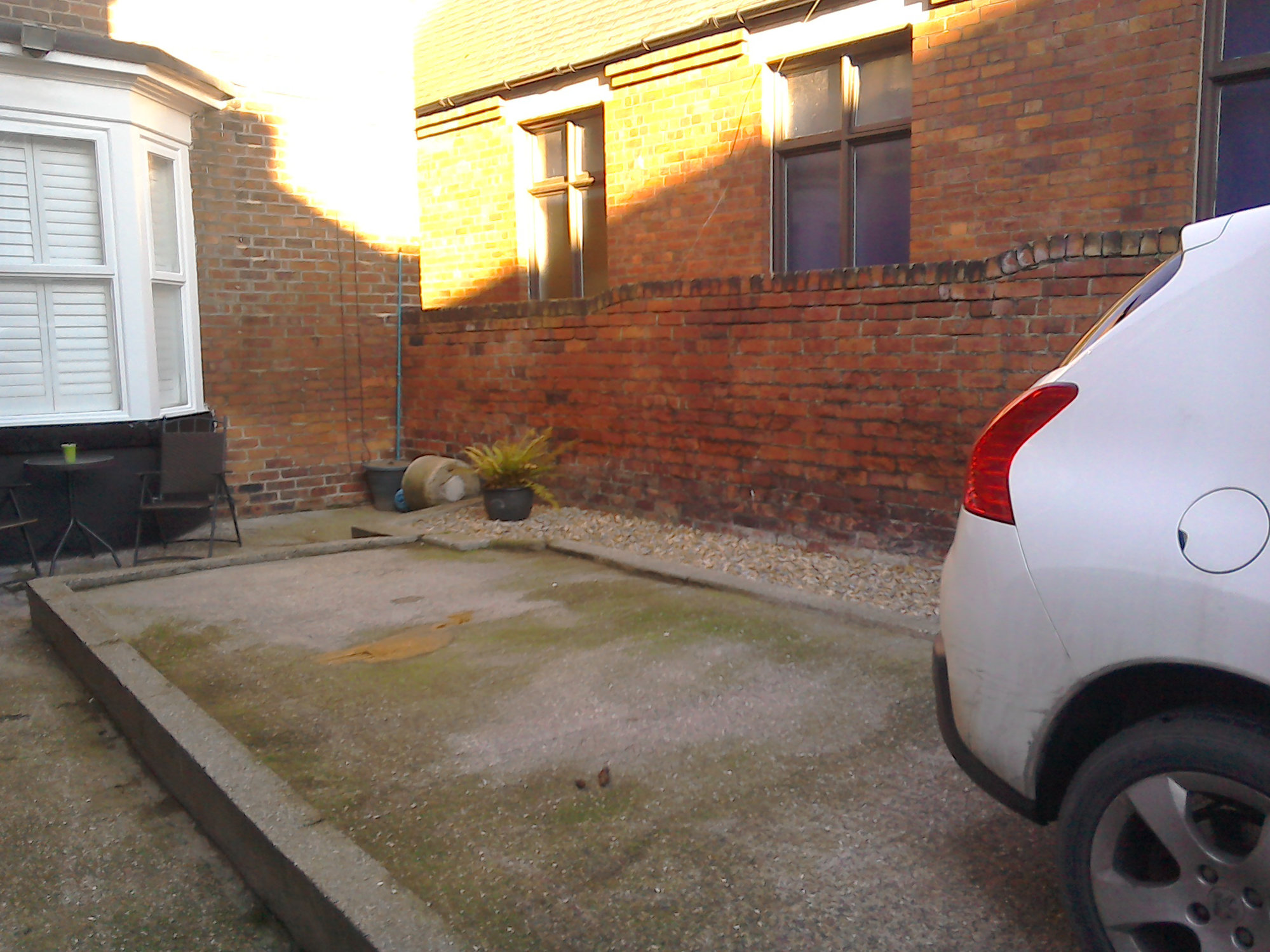 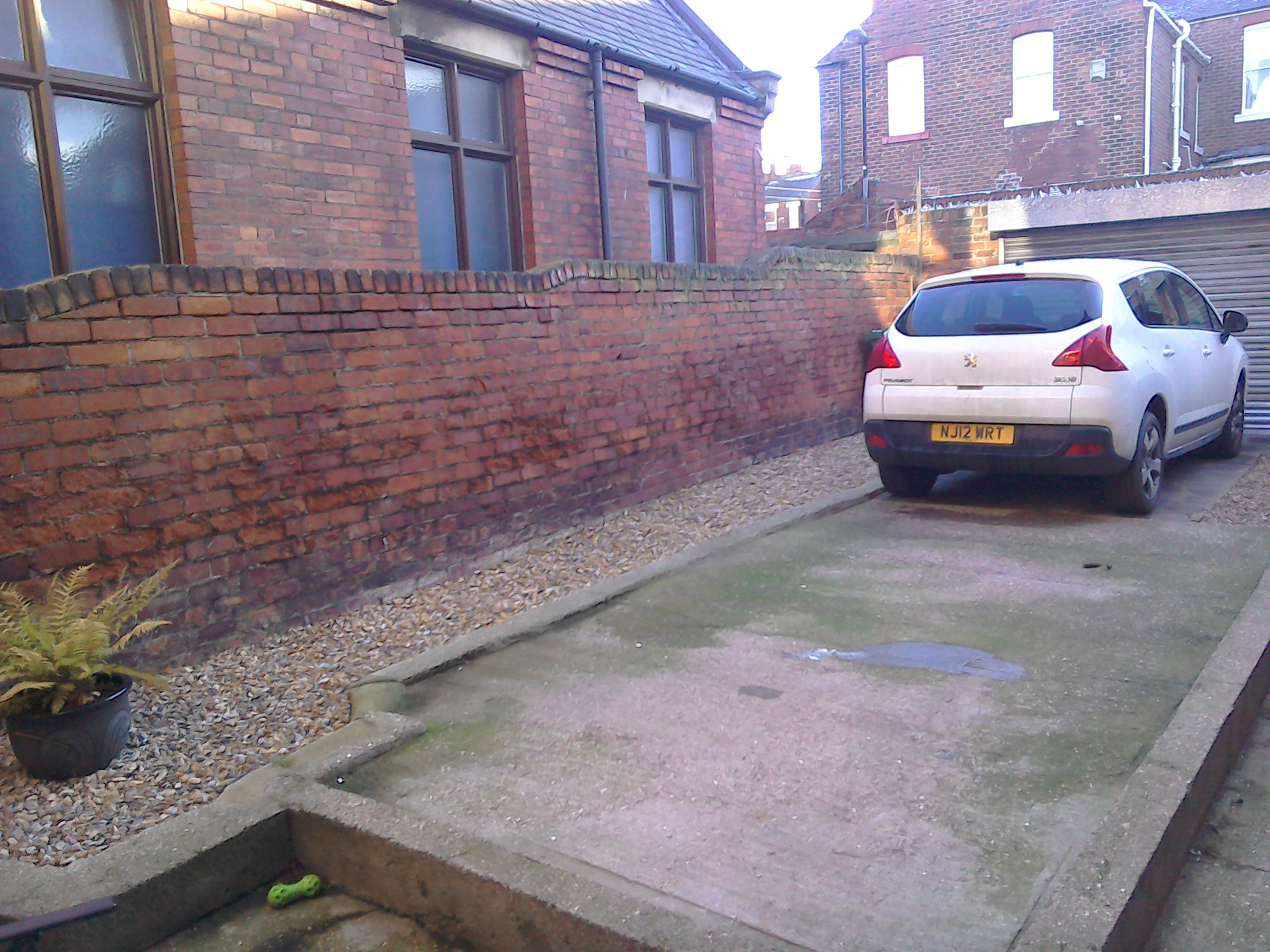 Can anyone suggest what would be best for covering this wall which is old? I have very little gardening experience however my ideas were a fast climbing clematis or if possible a fast growing narrow hedge planted in the stoned area but I'm unsure what to plant.  In our old garden I grew lleylandi into a hedge but I need something with small roots. I'd be grateful of any suggestions.
0
«12»