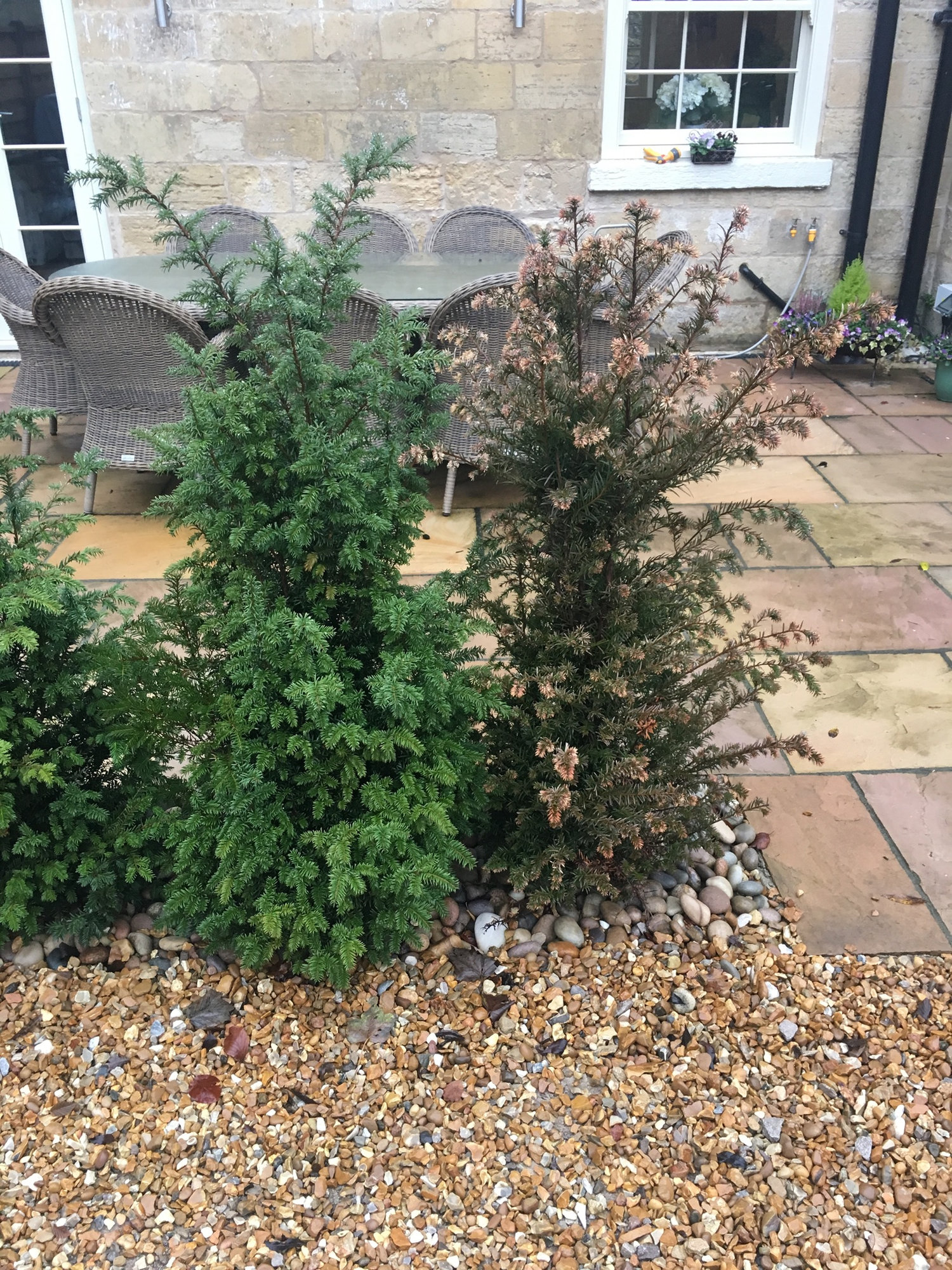 I  have a yew hedge that has been planted approx 18 mths but the two end ones (opposite)look slightly brown. As seen above. They are protected from the wind. Can anyone suggest reasons for this discolouration compared to the others or how to improve the situation please.
0