I've wanted a jade tree as long as I can remember. I have several smaller jade plants in my house that are growing and healthy, but are no where near "tree" status.

My mom bought me an amazing jade tree for my birthday two weeks ago. The plant is amazing; I'm over the moon with it.

About four hours after it entered my home, my kitten (who is still alive, despite being a HUGE jerk), knocked it over. Broke off a few small pieces, which I let callous over, and now have them rooting in soil for new jade plants. One smaller branch did get a crack in it.

I've been monitoring the crack on the tree branch. It started to turn squishy, and dark. I cut the gross flesh away until I reached healthy, green tissue, and dusted with cinnamon.

The branch will support its weight, but I'm worried about the healing process. I hope the plant will heal it, seal it, and make this area of the branch thicker with a scar.

Anyone here have experience with something similar?

Worse case scenario - I cut it and start it as a new plant. I was hoping to save it on the tree, as my kitten did quite enough pruning with the small parts that broke off completely (the little jerkhole). 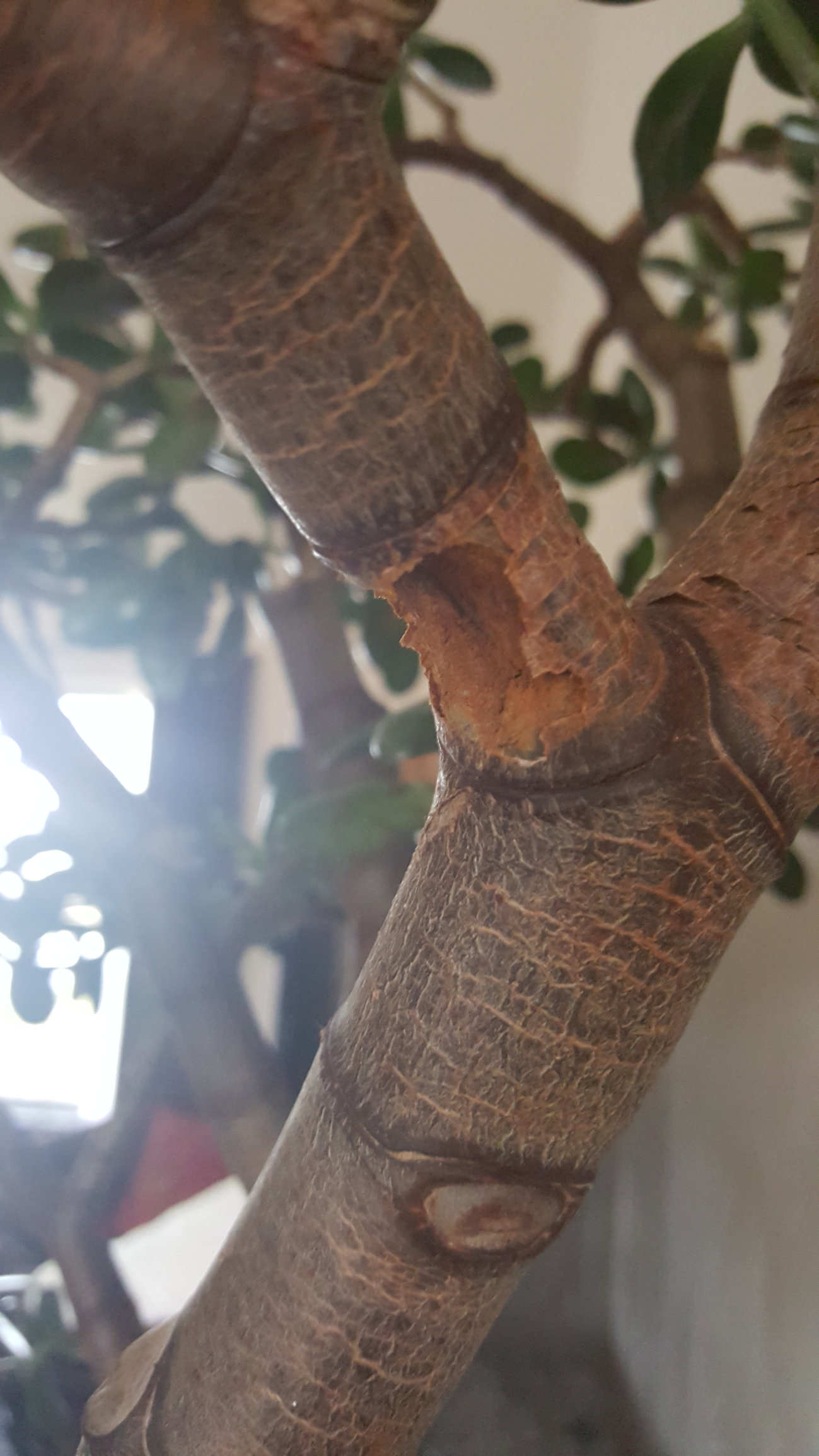 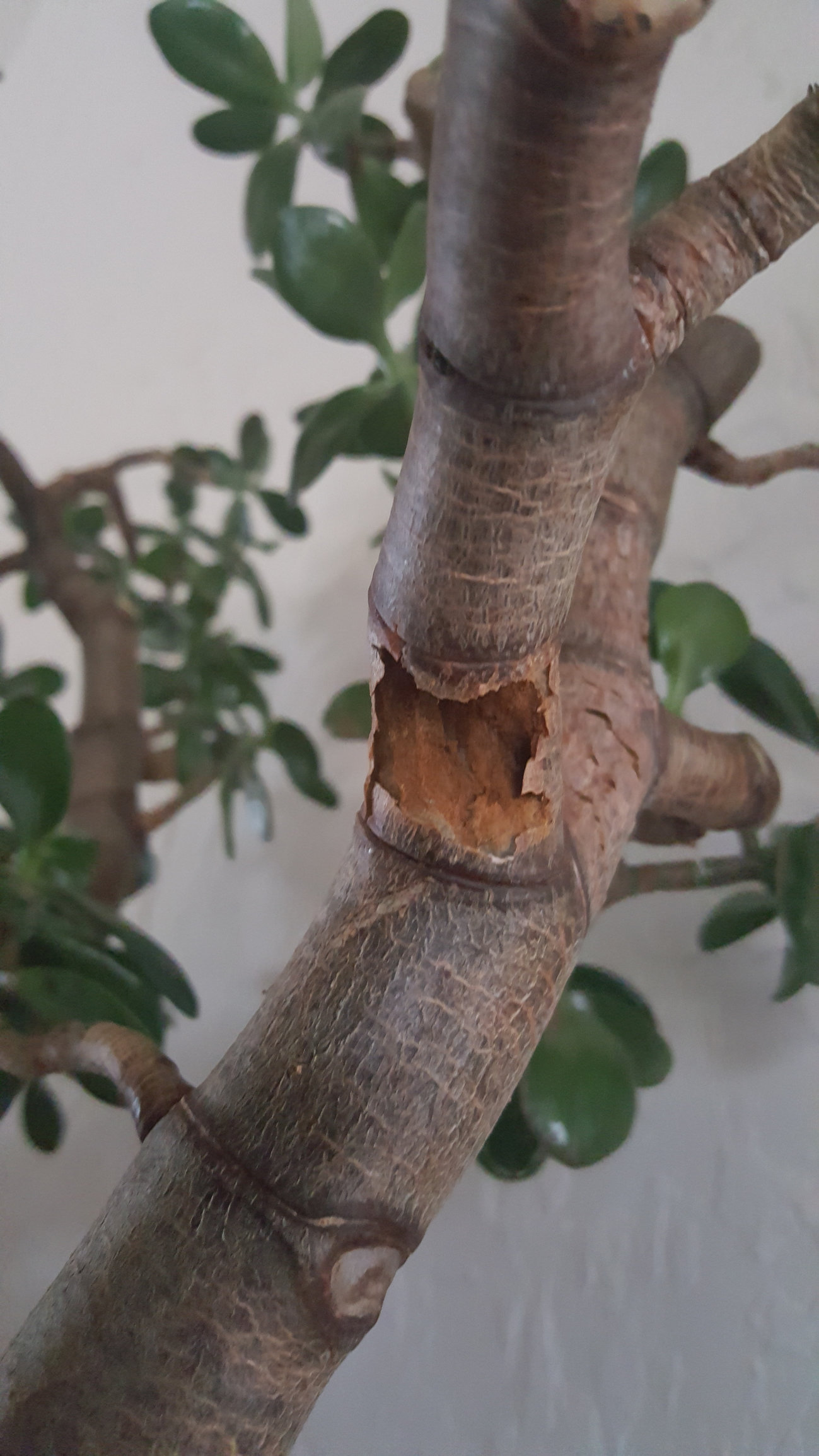 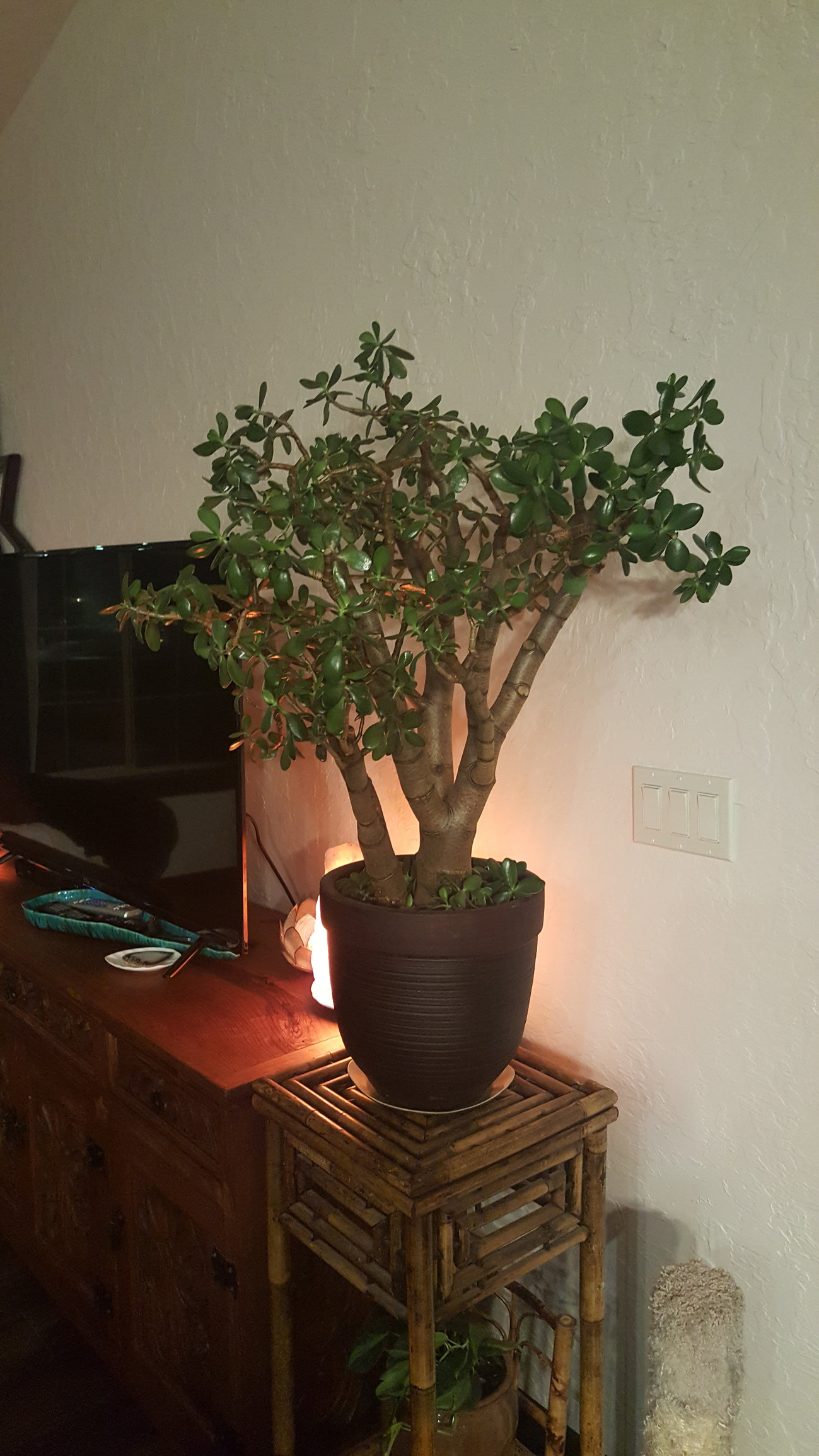