Another hedge conundrum - I am legally obliged to cut down my neighbours hedge! 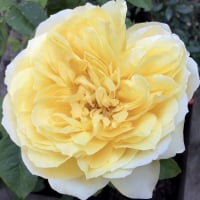 Nollie Girona, Catalunya, Northen Spain.Posts: 6,526
November 2018 in Problem solving
I have a ‘private’ electricity line, private inasmuch as a previous owner paid for the line and connection to the junction box 800 metres from my house, crossing a large privately owned forested area and then my nearest actual neighbours fenced property.

Since I bought the house, I have discovered, courtesy of a delegation of Rural Police on my doorstep, that a law was introduced which made homeowners responsible for maintaining their ‘private’ electricity lines by chopping down trees and brush cutting a 2 metre corridor beneath the line and cutting back all overhanging tree branches as a fire prevention measure. Previously the responsibility lay with the electricity company (now privatised).

I employed a forest management company to cut the forest trees down, by far the largest part of it, but the near neighbours have refused me access to carry out the final stretch of work, despite me giving plenty of notice and explaining they are legally obliged to do so.

I can totally understand why they don’t want me to do it - it means me cutting back trees that provide welcome shade for their animal enclosures and sheds underneath the line (probably illegal constructions but hey ho) and also cutting down a large part of a spreading bamboo hedge (which is going to be an ongoing nightmare) and several fig trees that shield their house from the road.

If I am not allowed to do it, I am breaking the law, will be fined and will be held financially responsible for any forest fire the overgrown vegetation/trees tangled up in the electricity line may cause. To avoid this scenario and force them to allow me to do it, I can make a formal report to the RP - basically denounce them.

I plan to keep talking to them and persuade them over time that it’s far better for me to do it rather than they get a visit from the RP and a denunciation and fine themselves. All this is as much of a shock to them as me. Apparently, the previous owner had 3 denunciations and fines for failing to do it, thus leaving it in an atrocious state for me to sort out.

It’s a totally unfair, invidious law designed to set neighbour against neighbour- I really, really don’t want to fall out with the  or denounce them, but what do I do if they keep refusing? Not sure there is a solution, but it does kind of put neighbour hedge disputes into perspective when you are being forced by the law to actually raze your neighbours trees and hedges to the ground. If anyone can come up with a magic solution I would love to hear it!