Martin105 Posts: 15
November 2018 in Fruit & veg
Hi again to all
At the start of the year, March 2018, I bought 5 Raspberry plants online, and opted for the Autumn fruiting variety Autumn Bliss. Ground prepared as required, and grew them in a two tier raised beds, (see photos). Grew well throughout the year so was expecting some decent raspberries from September to October
But other than maybe half a dozen decent sized fruit, with little flavour, the crop has been pretty hopeless. Small poorly formed berries, some that ripened, but were crumbling apart when picked. All in all, not the expected berry eating frenzy, that many nurseries would have you believe.
Now I do appreciate that the grower themselves is generally at fault here, but I'm not sure what I have missed, that might have improved the crop.
Just as a side note, I have to assume that the plants I received, were indeed Autumn Bliss. All I could say for sure is that they are, or at least should have been, cropping in the AUTUMN
Another thing to add, is that many nurseries make the claim, that you could grow autumn fruiting raspberries, with little or no support. Assuming I actually have the variety Autumn Bliss, I can say for a fact, that you cannot grow these without supporting the canes 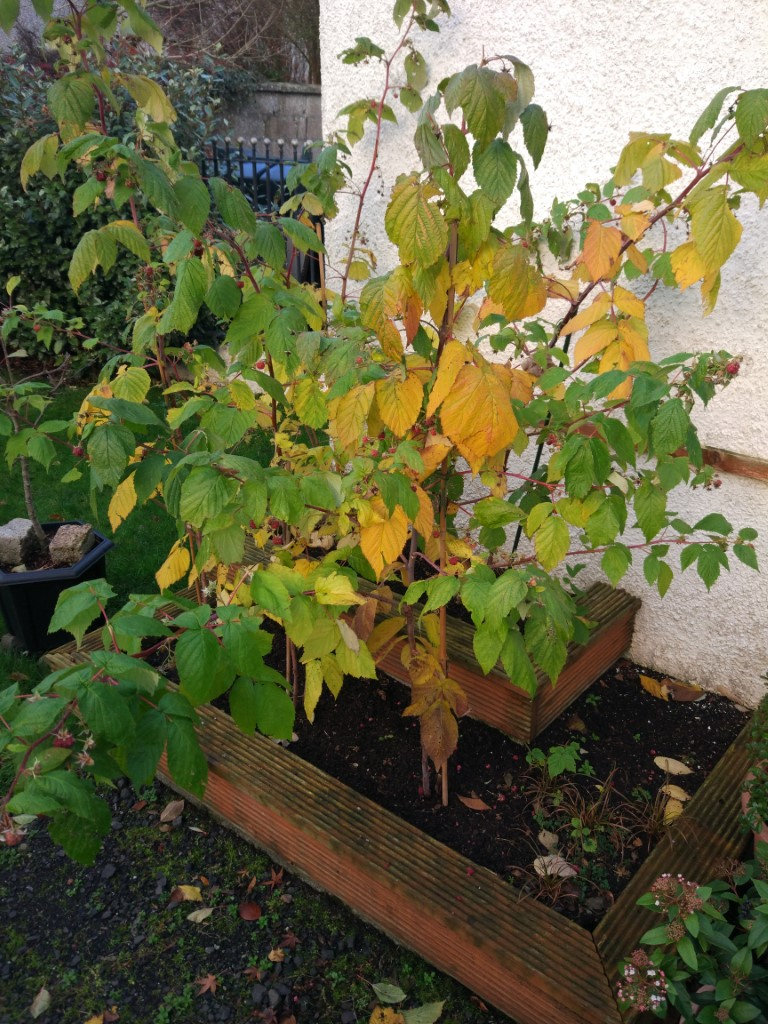 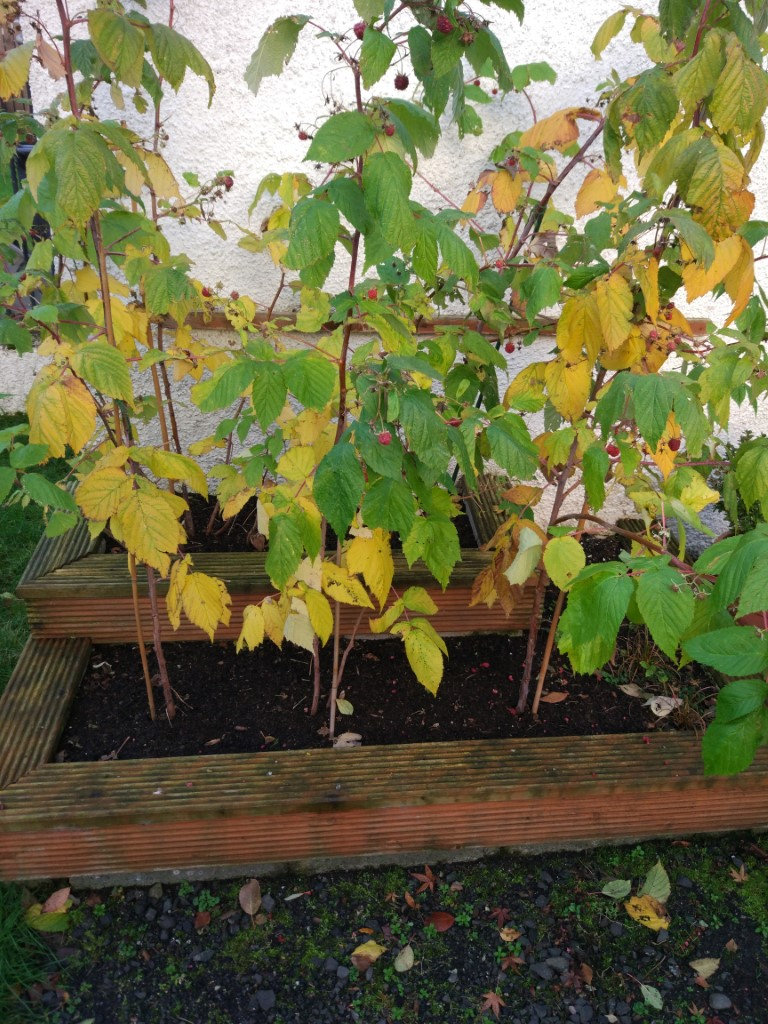