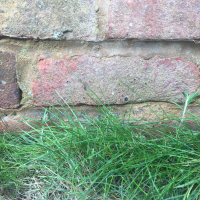 kamaljeetgill18 Posts: 5
October 2018 in Problem solving
Hi everyone,
I m amateur gardener. In the front garden , by the wall, it’s pretty damp in winter. During summer we do get sunlight partially.
I m looking for plants that brings brightness and can cover the wall. Preferably those that you plant once and flower year after year. Or any kind of FRUITs or vegetables that I can grow.

Thank you so much in advance.