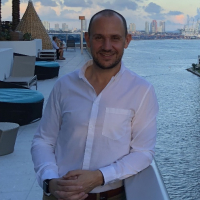 I planted a load of Buxus Sempervirens last spring (2017) and they appeared to be thriving right up until this very warm summer (2018)  where I noticed slight yellowing on one plant near a paving stone. I put it down to extreme heat from the sun but as the summer progressed, the symptoms appeared on a number of other plants.

I have removed/replaced a few and the new ones appear okay at the moment. I also left some of the plants with issues in but pruned all the leaves that appeared to have issues off. I’m not convinced that has resolved the problem however.

I’ve attached a few photos if anyone can help identify the problem or give me some advice. 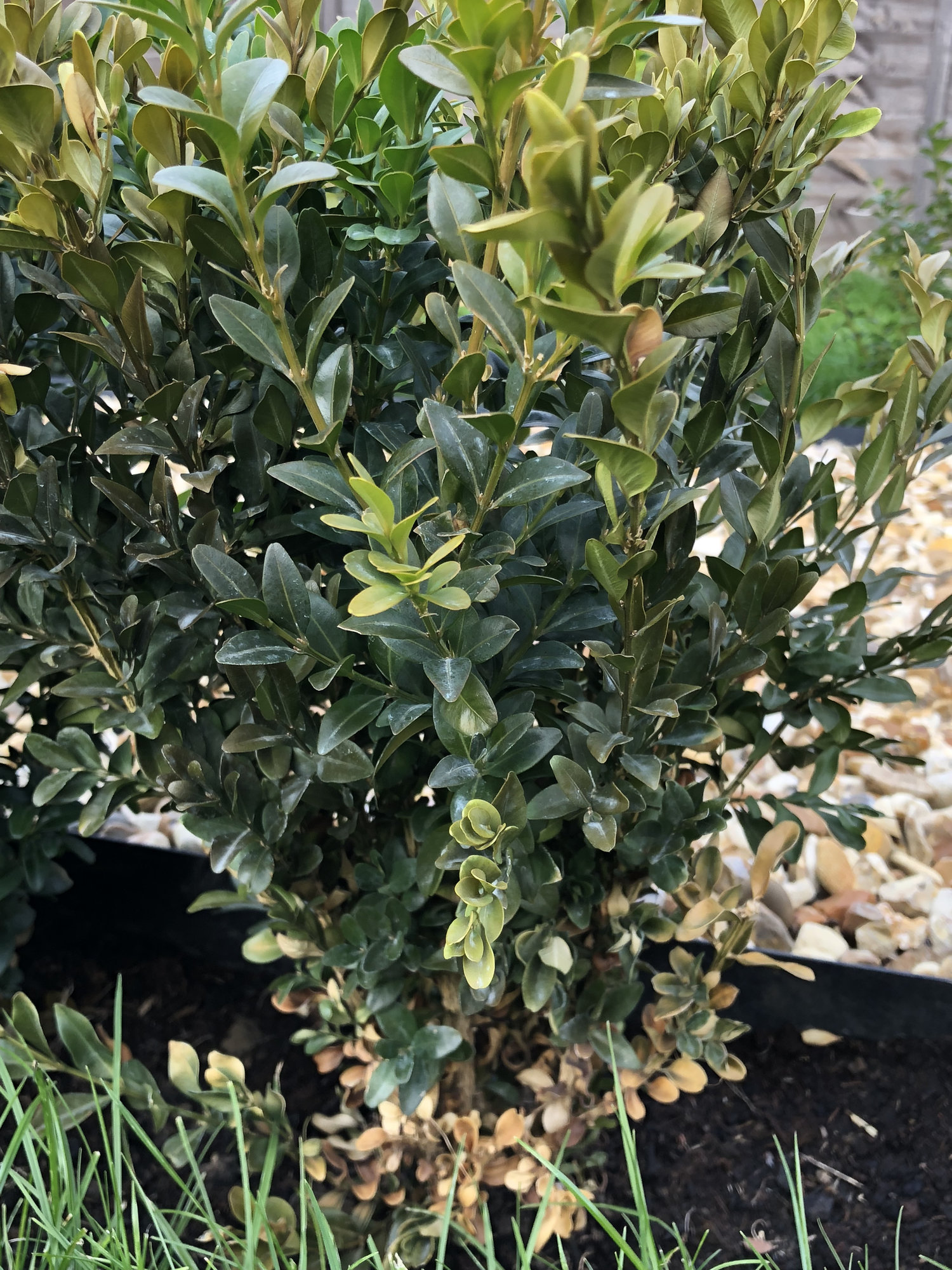 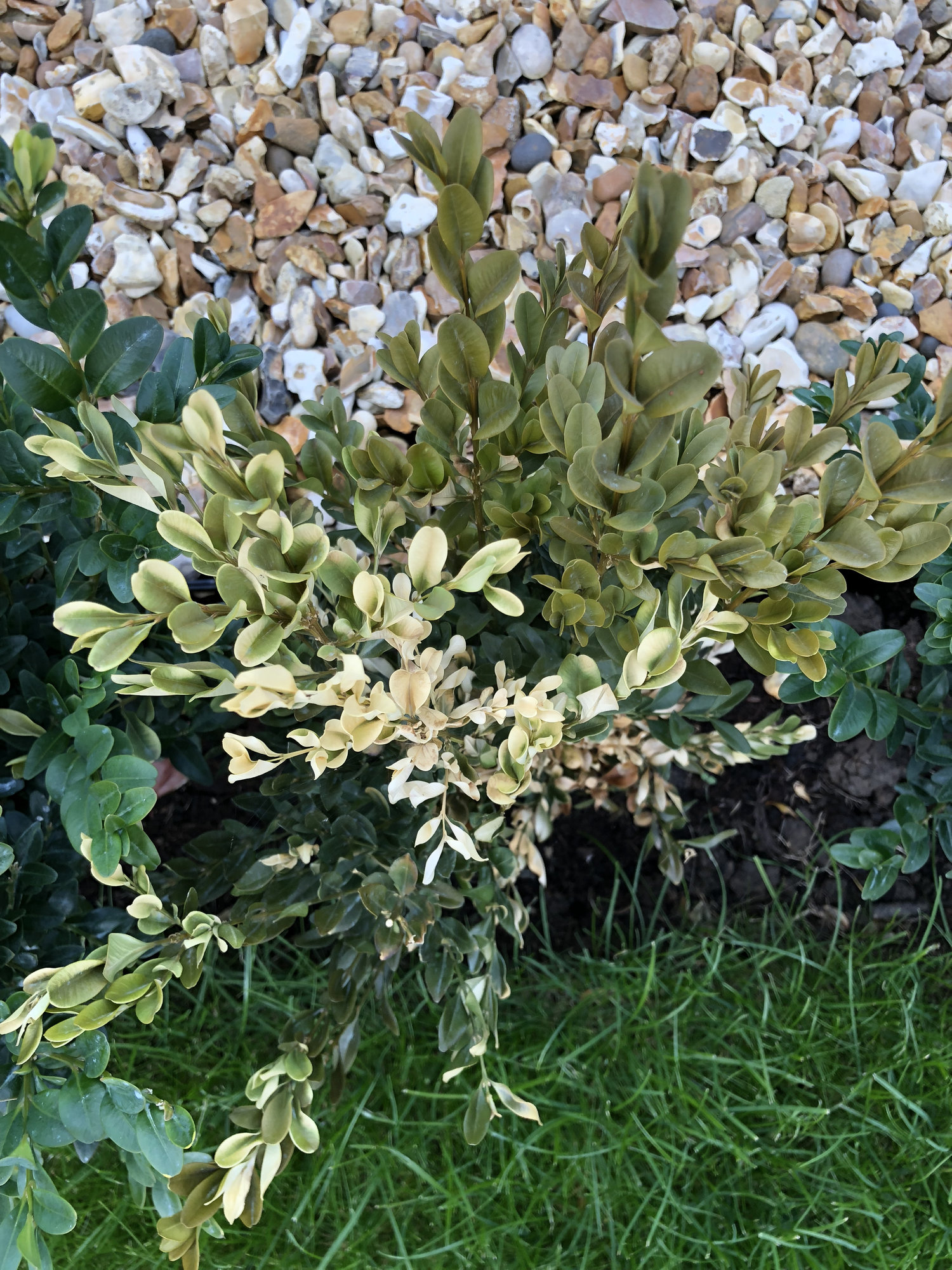 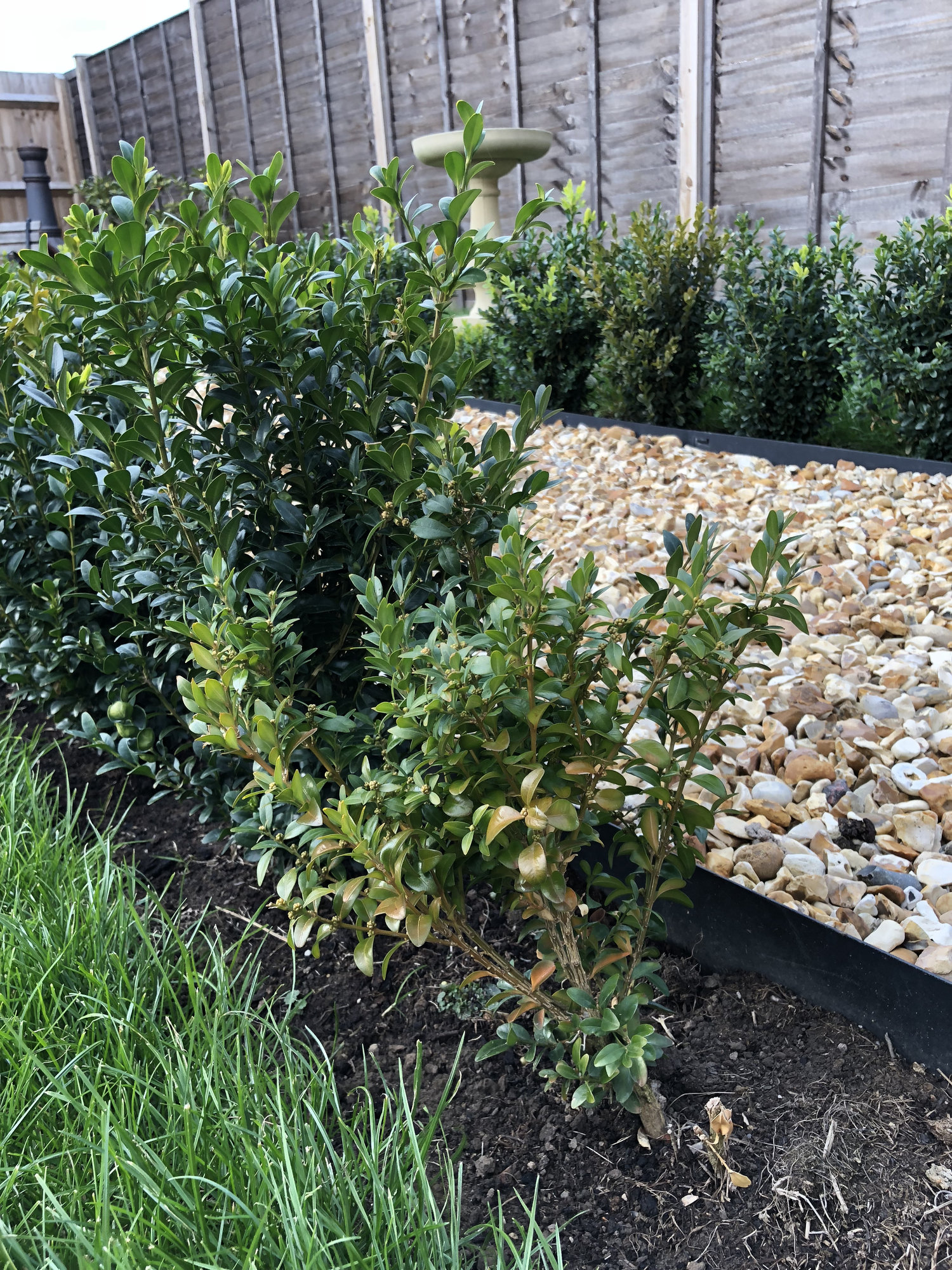 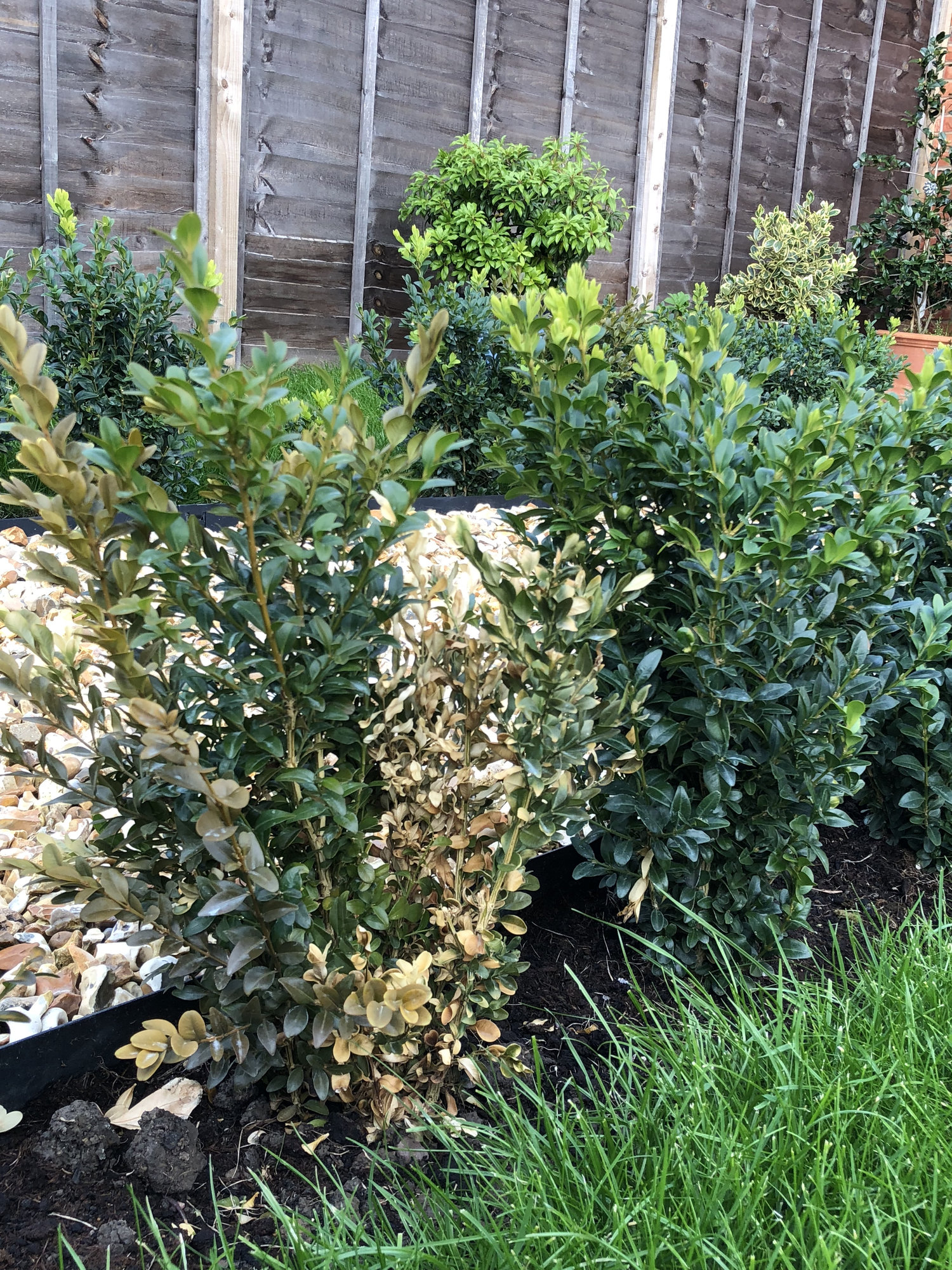 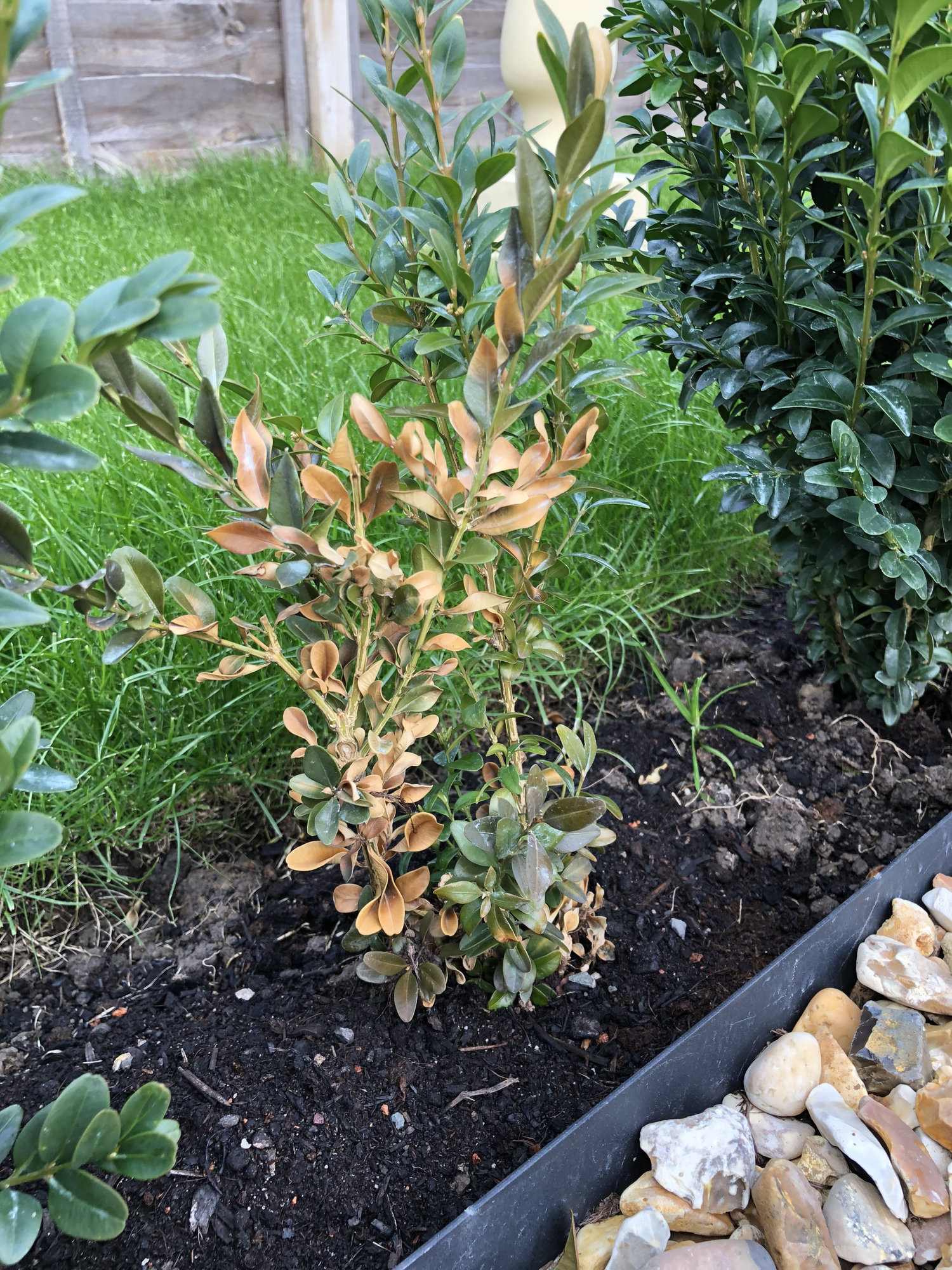