stevepringle Posts: 1
September 2018 in Problem solving
Hello everyone - I have had a Cordyline for about 6 months as an indoor plant, and repotted it about three weeks ago into a slightly larger terracotta pot. I don't know if it is a coincidence but in the last week or so I have noticed yellowing lower leaves, which have worsened and crept up and now about a third of the plant is affected. It is still producing new leaves but I am anxious that it might be dying! I have also noticed some red blotches on a few of the leaves, and also some white chalky residue on the stem..... Any advice would be most welcome! Thanks. 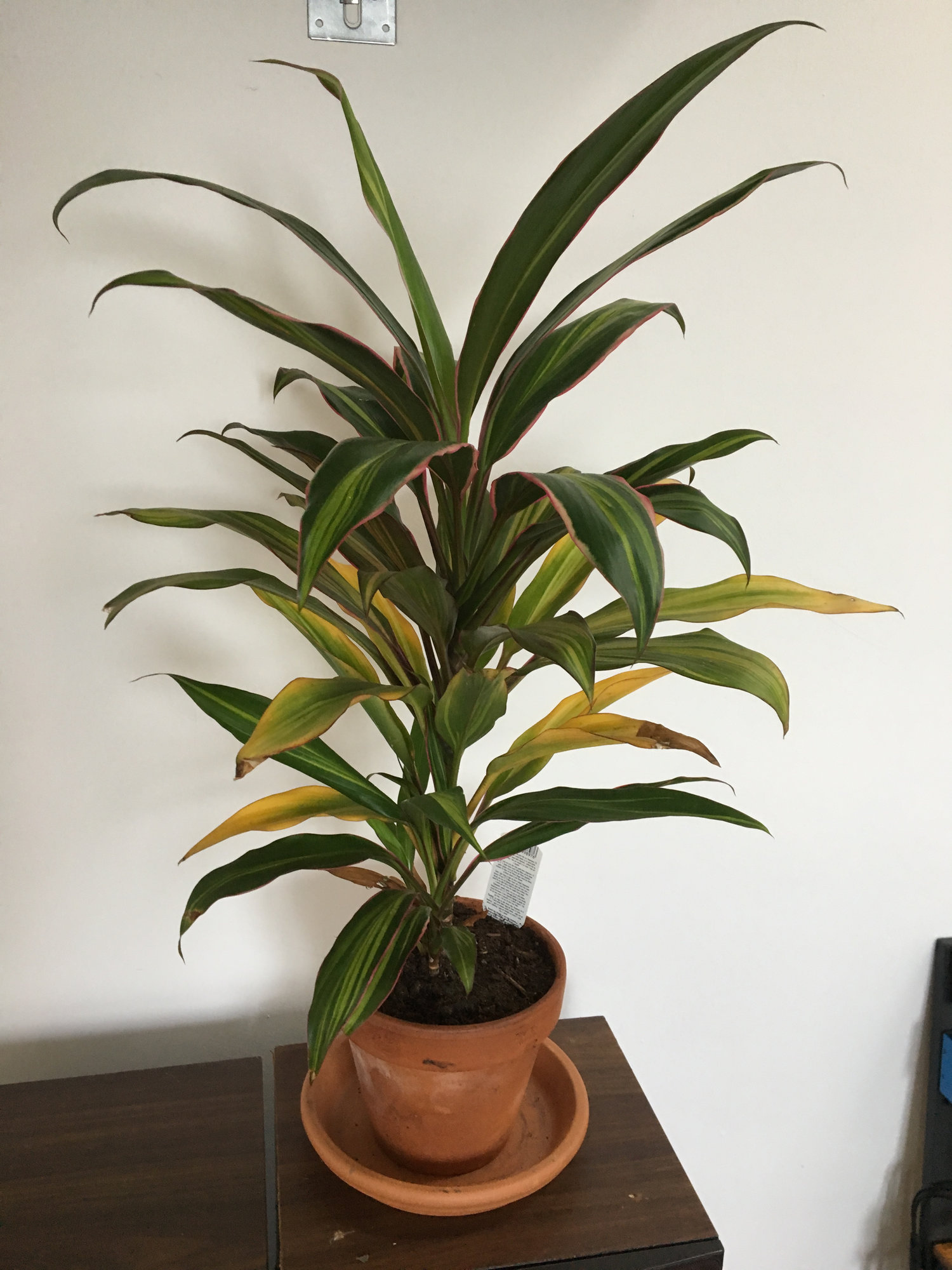 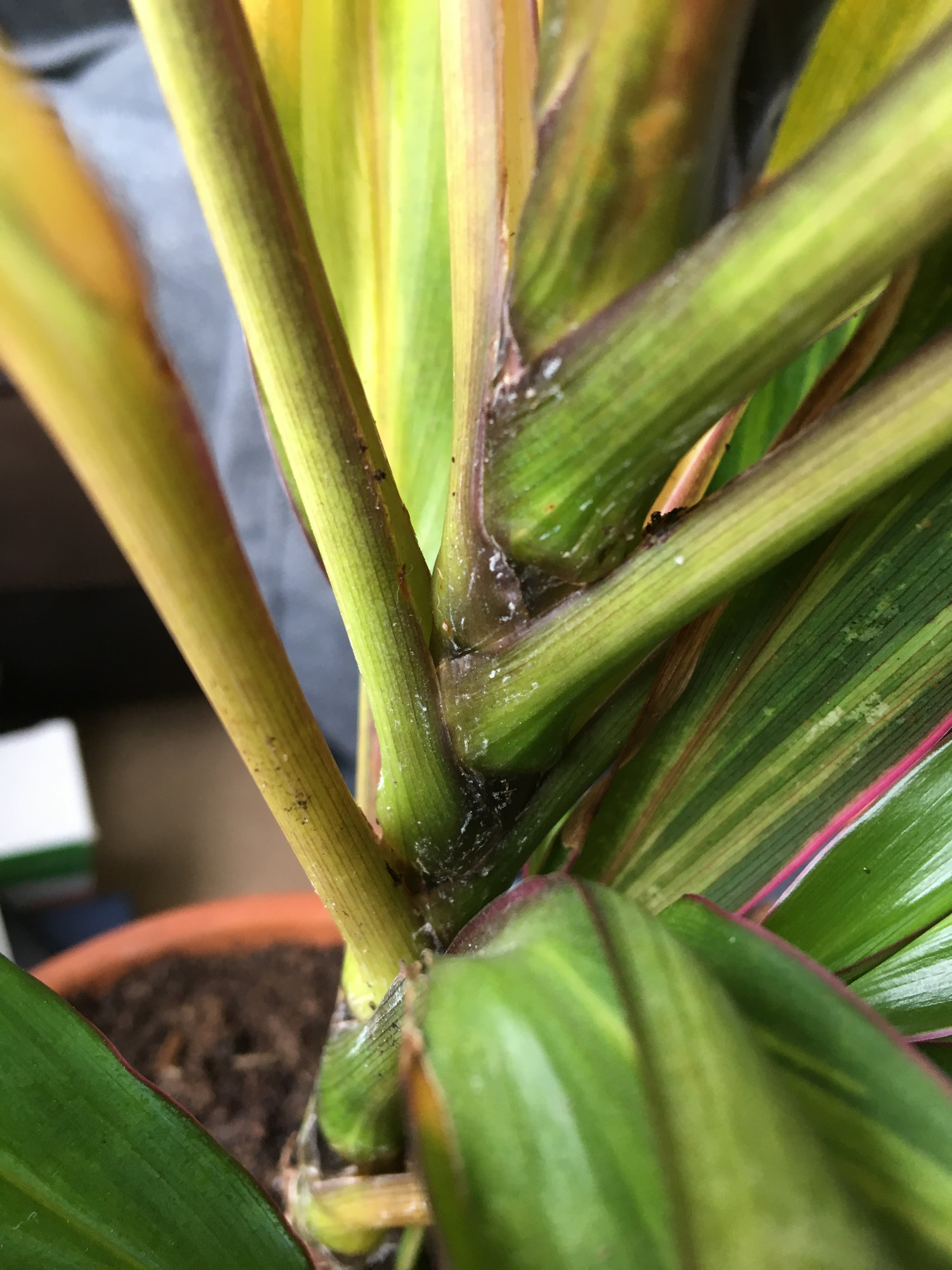