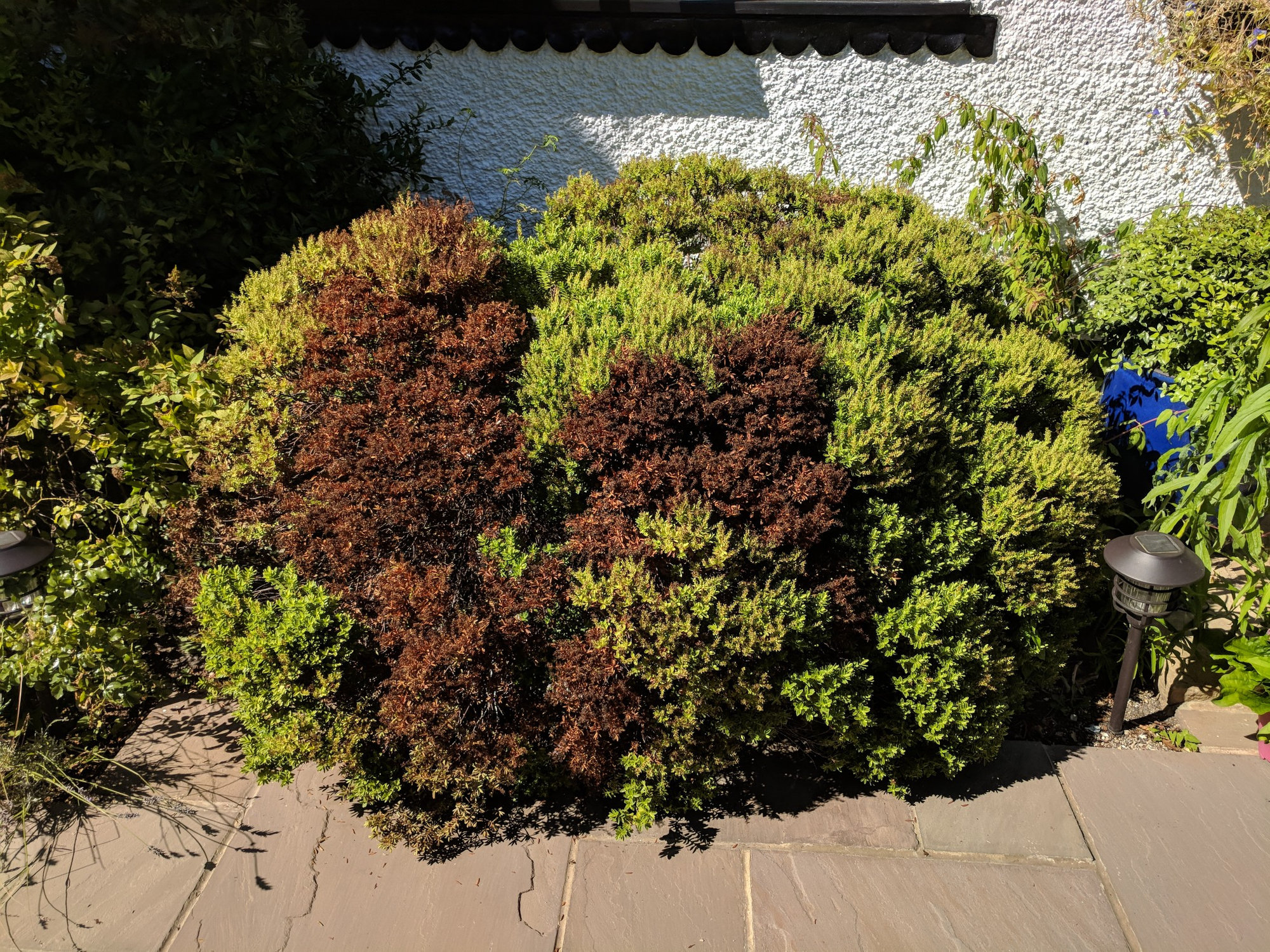 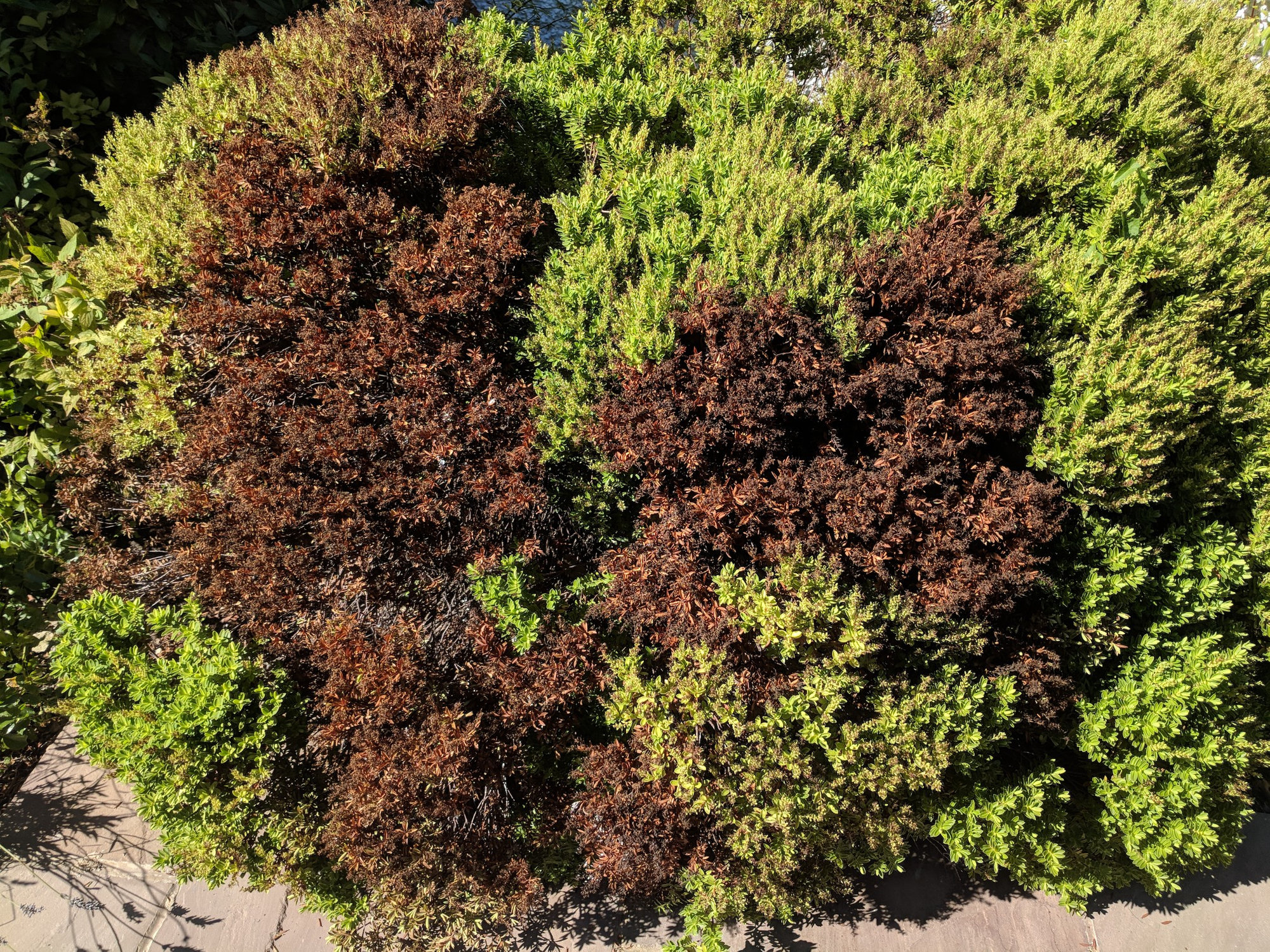 . The rest of it seems fine. The bush is many years old and I have not seen it do this in the past. Any idea what might be wrong/how I can help it?

Could it be the heat we've had in the UK this summer?
0