Up until last Autumn my Pyracantha always flowered and fruited incredibly well.

Last Autumn, less so, and birds seemed less interested in the berries.

Whilst it actually looks very healthy, there are a few things that suggest there may be some underlying problems...

About two thirds of the fruit that is forming looks like it's already going bad.

I have found in the odd location what looks like a green fungus.

Also, the centre of some leaves looks white/yellowed - I assumed this was from larvae etc, but I could be wrong. 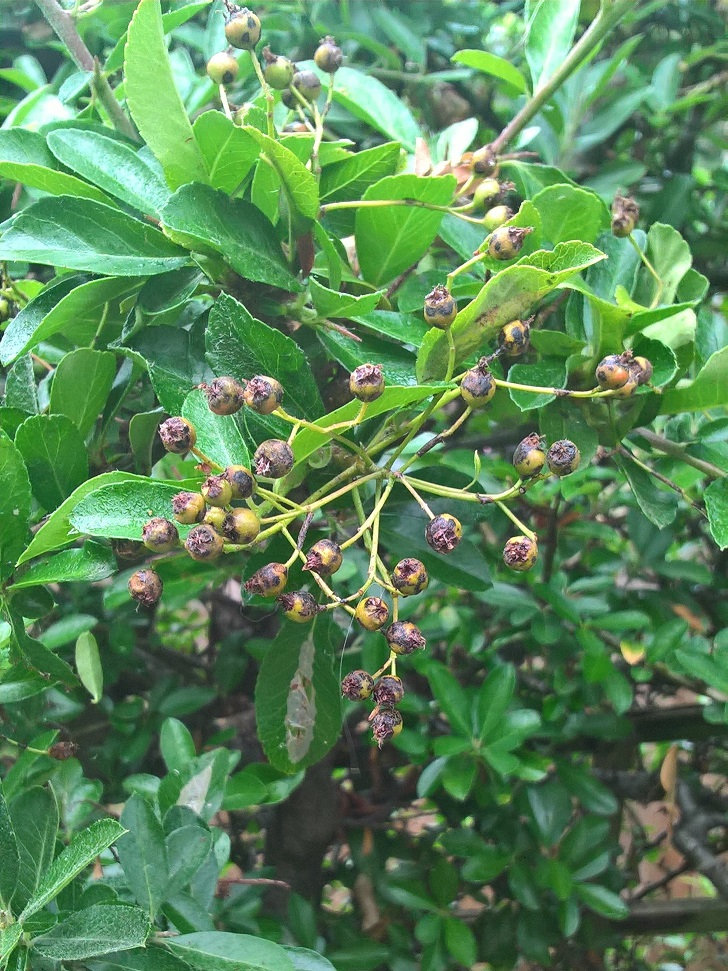 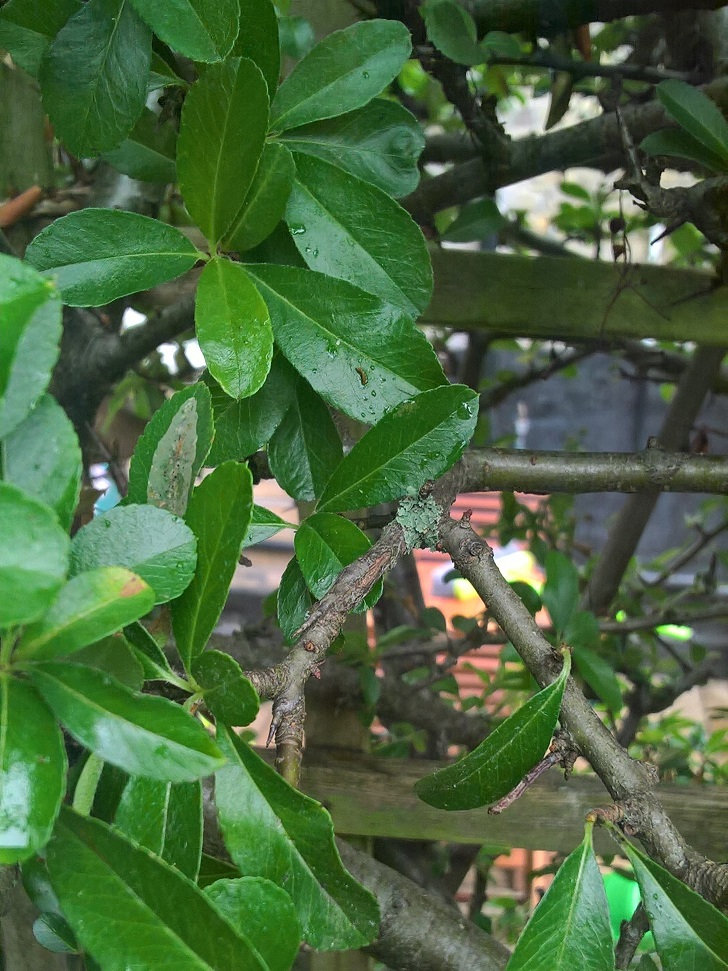 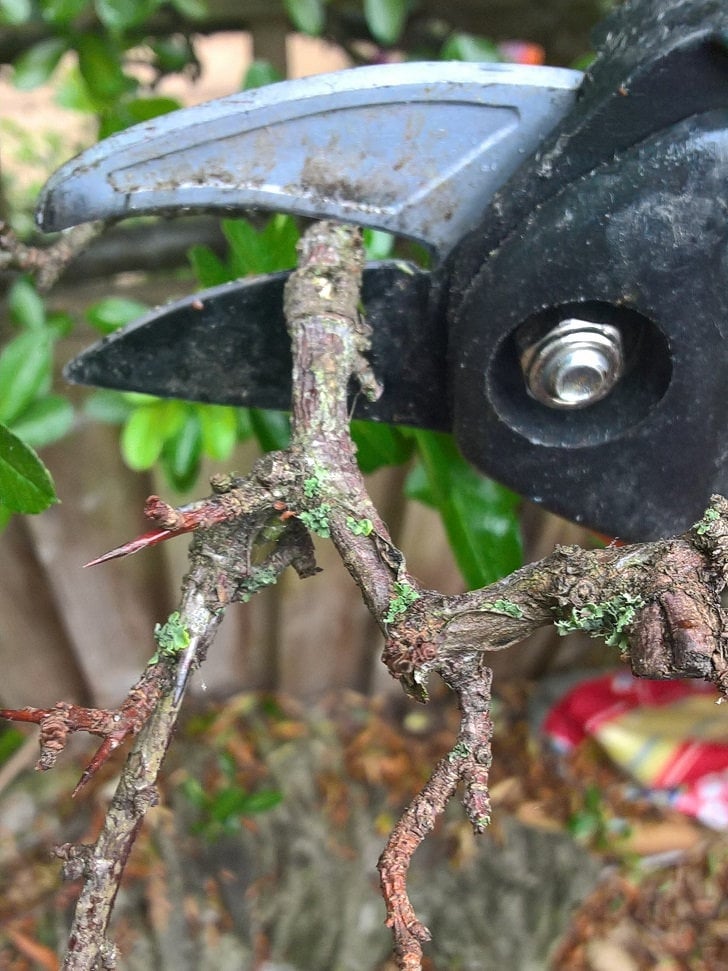 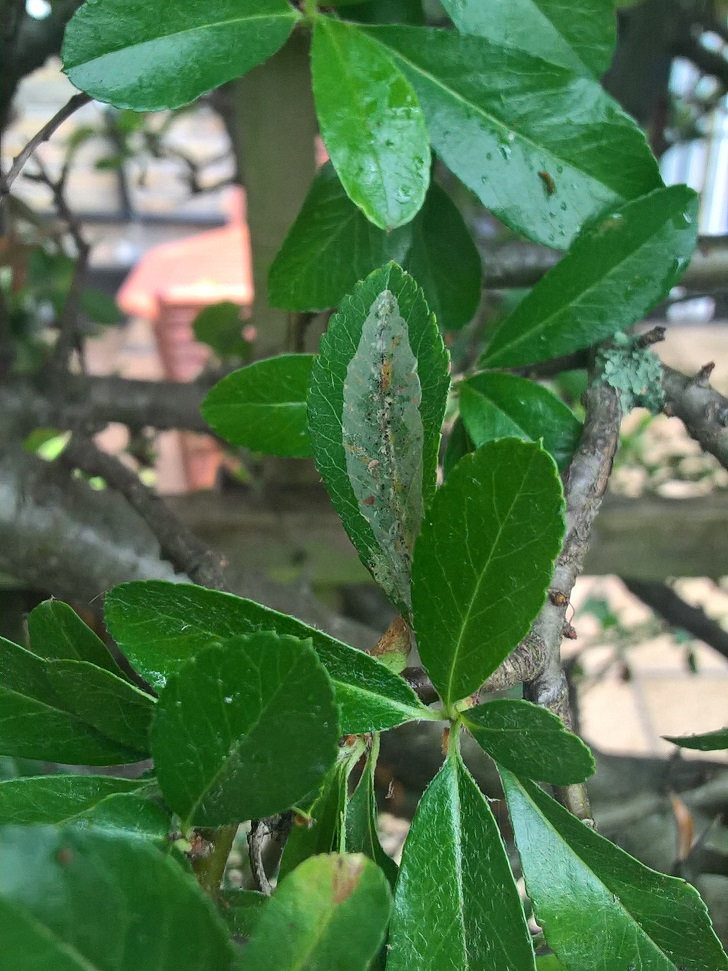 Any ideas? The overall plant looks quite lush and happy, but these could be warning signs.

I've been careful to tend to the bush, clearing out most dead wood, opening up space for 'air circulation' avoiding crossing branches etc.

Also, it's a shame to miss out on the berries again as year after year this bush has produced an abundance of fiery red berries during the autumn.