Nightmare garden - how to prepare for grass on clay?

I'm just after some advice as to what to do with our garden.  Basically we have had some guys come in to level off the garden the best they could with a digger (it was previously full of bushes, parts of grass and generally overgrown) , they also put down some topsoil and laid some turf (which was done in winter) but the ground was really too wet and its very bumpy.

The turf was only put down as a temporary measure as it has given our son somewhere to play out over summer.  My question is what to do with the rest of the garden.  Its very clayey and over the winter most of the un-turfed areas were very muddy.  Its also full of stones/rocks.  I've attached a picture of it so you can see what I mean (ignore the area at the back as eventually that will be a raised patio/decked area).

What are my options?  its a rather large area so breaking up the clay will be a nightmare - its like concrete at the moment!  Having done some reading people recommend top soiling the lot about 6-inch deep.  Is there an easier way?  its going to need a fair few tons of topsoil if not.  I don't think we could rotovate it as I think the ground is too hard and has too many rocks in. 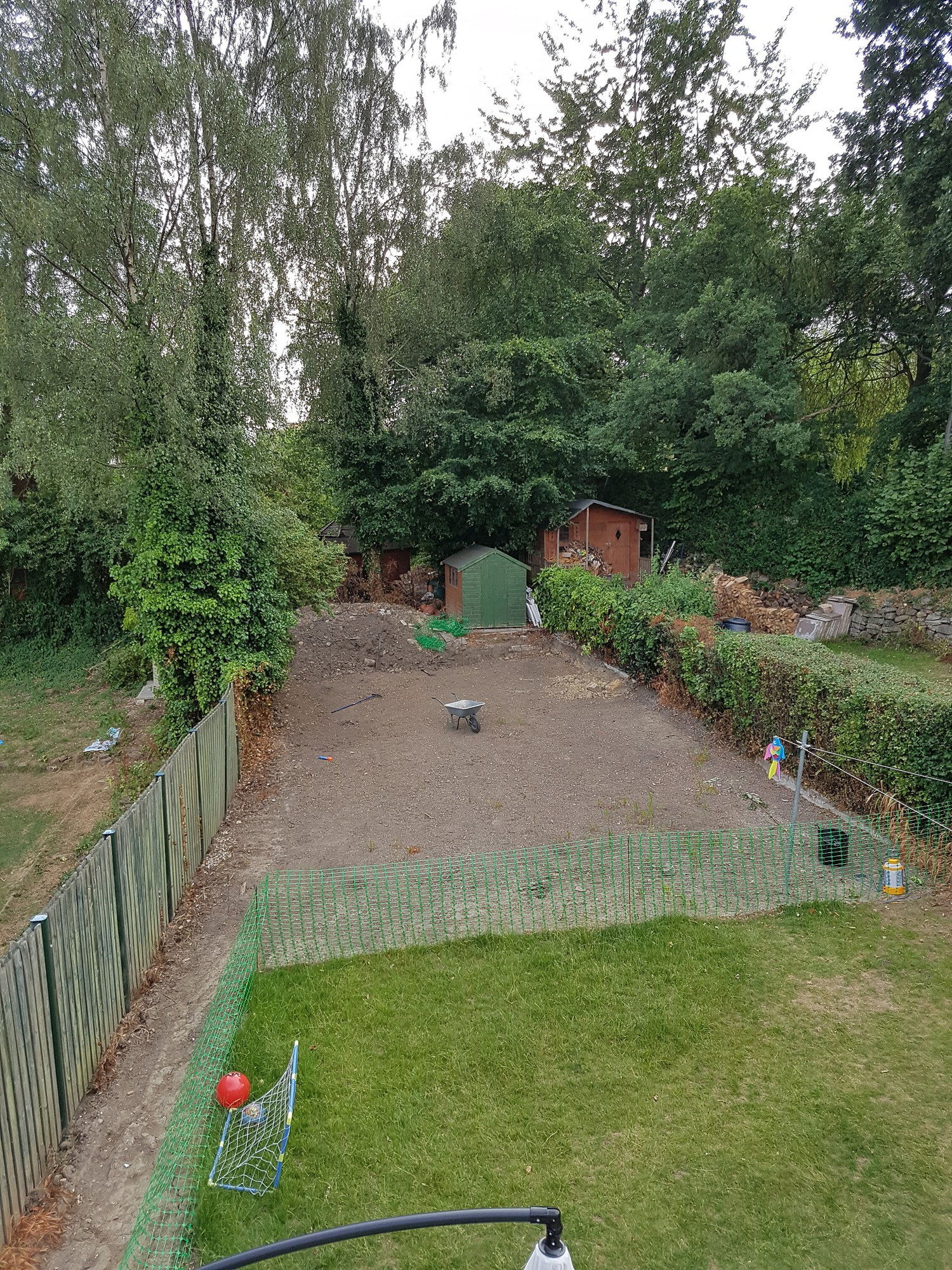 Also, whats the best way to level out the already turfed area?  Just keep adding top soil to the dips?

We are no means after the perfect lawn, we just want a space to use that will probably end up as a football pitch in the future! :-)

Many thanks for any advice in advance!!!