Which White Hydrangea shall I choose 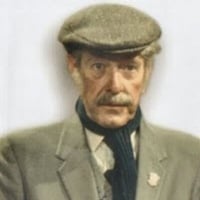 Uncle Mort Posts: 77
July 2018 in Plants
I have a dilemma. On my travels I have seen a two gorgeous white Hydrangeas, one had a greenish tinge to the flowers and it was covered from top to bottom. I have tried researching the variety and I think it may have been Hydrangea Madame Emil Mouillere, although I cant be certain.  The other Hydrangea was planted outside a house facing Hereford Cathedral and I think it was a variety called Annabelle. Whilst looking up Annabelle I come across a variety called Incrediball which says is an improved variety as it does not flop as much.
I only have room for one which is for a north east facing front garden in light to medium loamy soil with leaf mould added. I have numerous other herbaceous perennials growing there and would like to plant it towards the back.
So out of the varieties mentioned which one would you choose, or do you have a variety of white Hydrangea which you consider is better than those mentioned.
0