Go Posts: 1
June 2018 in Problem solving
Hi everyone, I believe I made a mistake leaving my cantaloupes in water walls too long at the beginning of the season. When I removed them, there was sun skorching. It did damage, but the plants have grown well since then. However, it left "burns" on their stems near the base of the plant. I thought it would stunt their growth (being permanent scars) and there was nothing to do except take good care of them now on. However, I think it's getting worse!? It seems the skorched area is growing even though the new growth is doing just dandy. If the skorching at the base gets worse, it could choke my melons to death or sever the plants at the base! I took photos so if there are any new changes I can know for certain. So, my question is, are they diseased and need treated for such? Or, is the sun burnt area getting worse and they need some sort of shade at the base or application to protect them further? I haven't found conclusive answers online; I'm worried wrapping the stems (idea from tree website) or mulch (idea from post to protect fruit skorch) could have negative effects (heat retained/water retained adding to skorching of stems, or water not penetrating mulch/bugs or disease growth in mulch or wet wrap).

I think they would have done better with a soaker hose than the sprinkler the gentlemen in my community garden installed, but I think if I buy a soaker house right now, their roots won't be adjusted to the change, and unspeakable damage could occur

Thank you so much in advance! 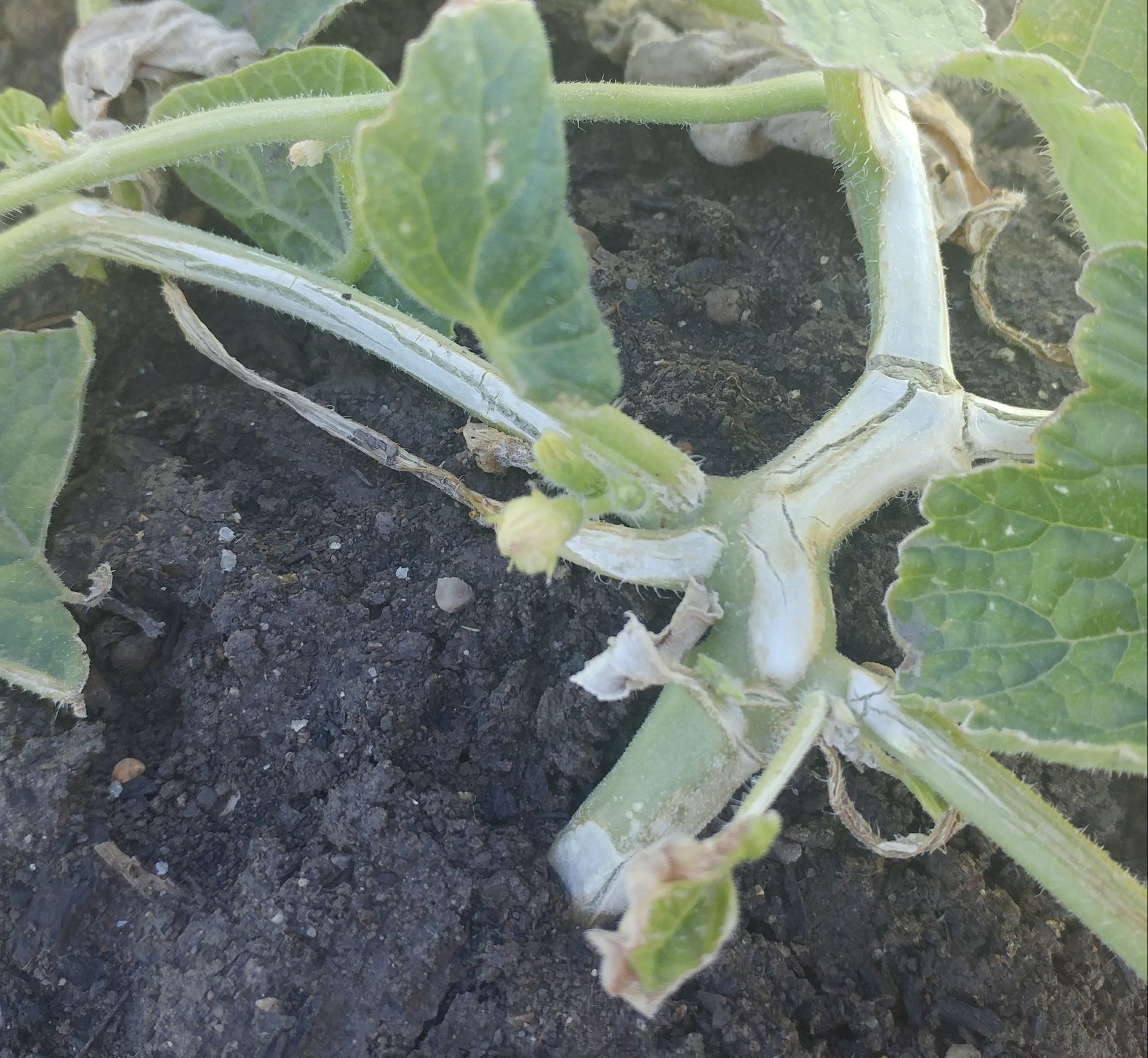 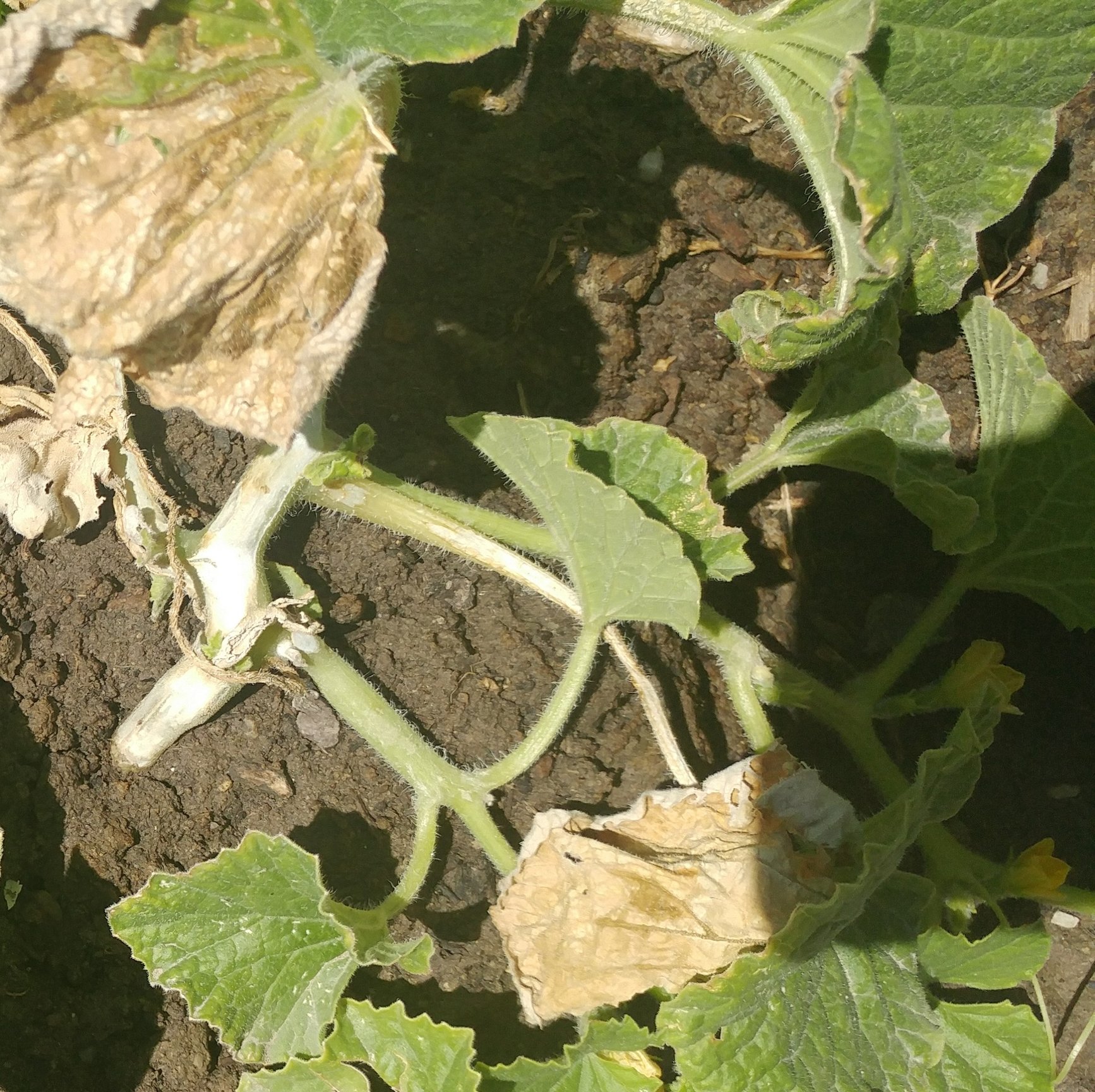