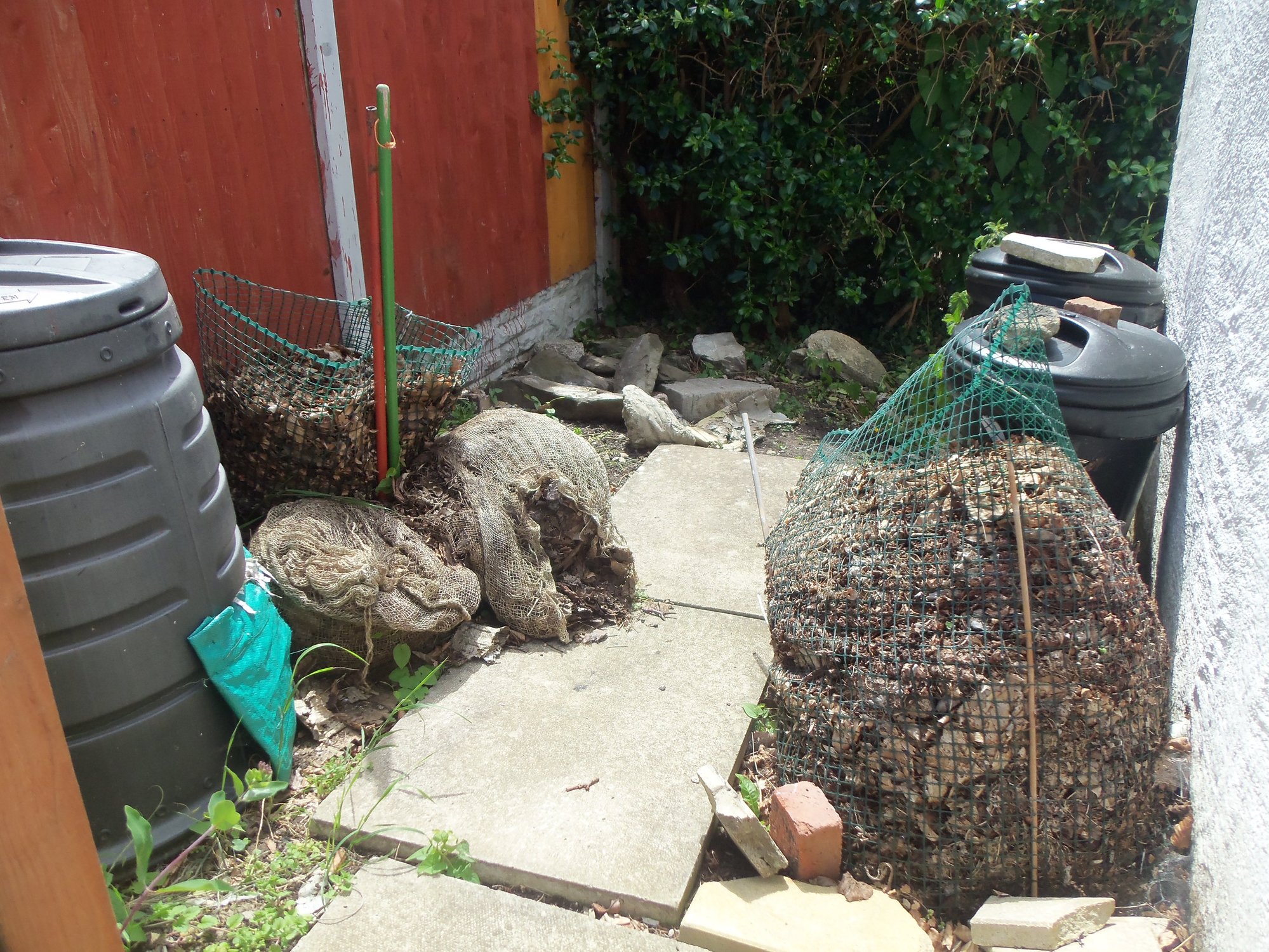 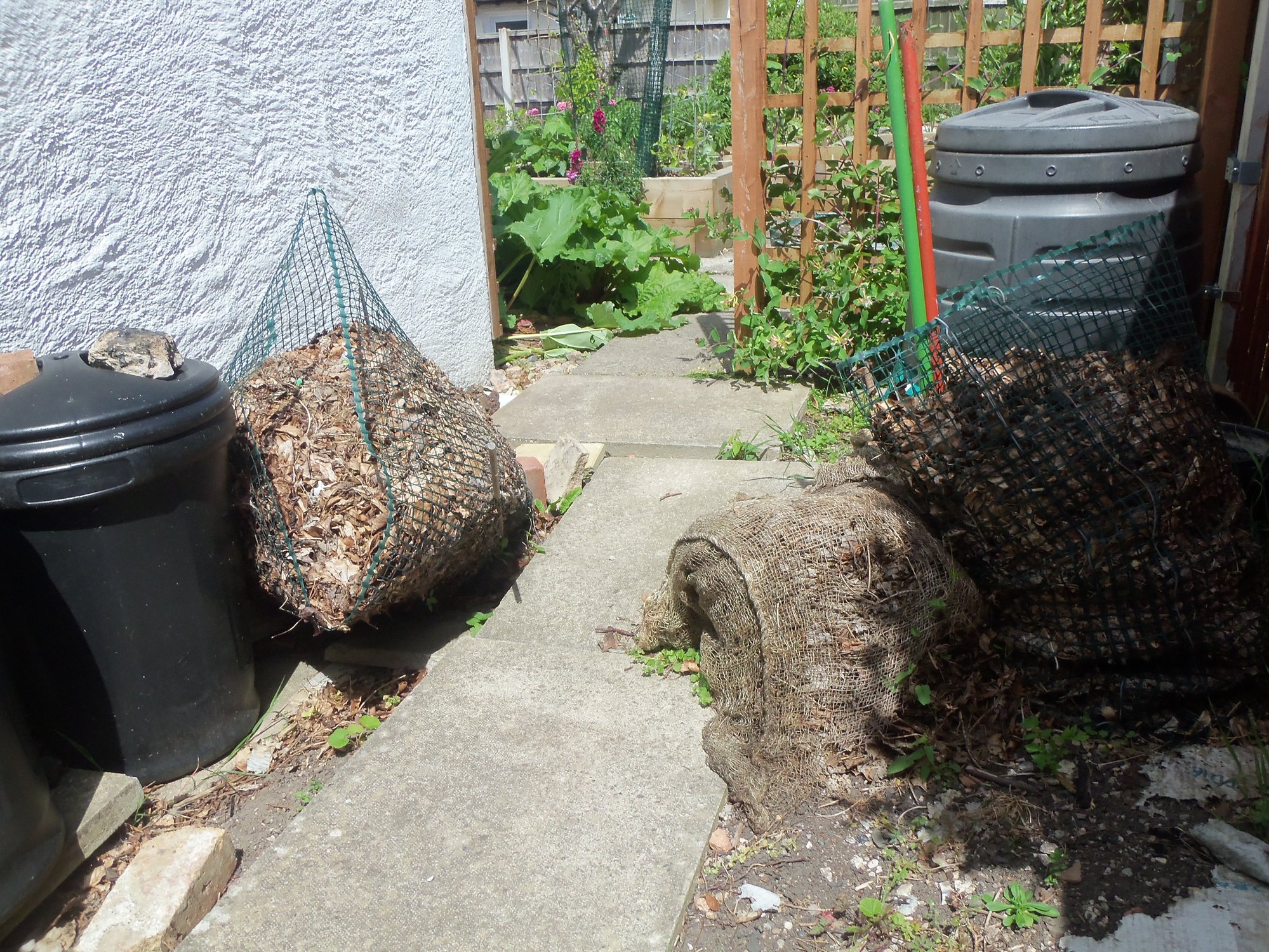 A handy area between the back wall of the garage and the rear boundary fence.  When I didn't have a garden, I pined for composting more than growing - I hated having to put all the fruit and vegetable peels in the landfill bin.  I had that trellis put up and planted a honeysuckle to screen this area from view.  I broke the door of my dalek so it has an improvised patch.  I can never get my leafmould stacks to stand upright.  The two dustbins were left by the previous occupants.  I fill them with as much cardboard as I can cram in, and soak it in "liquid gold".  I catch the first wee of the day in a jug (it's the most concentrated; we're interested in the nitrates, not the water) and trip up the garden with it to dose the cardboard bins.  I fill one a year, and leave it a year to mature.  It doesn't smell nasty; the secret is to add it promptly, before it's had time to produce ammonia.  Makes a useful mulch.  Out of sight behind the dalek there's a lidded bucket of rainwater in which to drown the roots of perennial weeds.