How to get rid of spotted laurel hedge?

NiniS Posts: 18
June 2018 in Problem solving
Hi everyone!
We bought our house in January last year, and I have slowly been going through the garden, clearing out the smaller bushes and plants so we can start with a clean slate and do our thing with the design.
Now one of the things we want to tackle is the very big spotted laurel hedge that runs through part of the garden (at least I think it's a spotted laurel). It is very big/long and just keeps growing. I just tried trimming some of it, but ran out of space in my green bin (and haven't even done a quarter of it). Ideally we want to completely remove it, including the roots so we can plant something else there. Here is a picture of the hedge taken a few months ago: 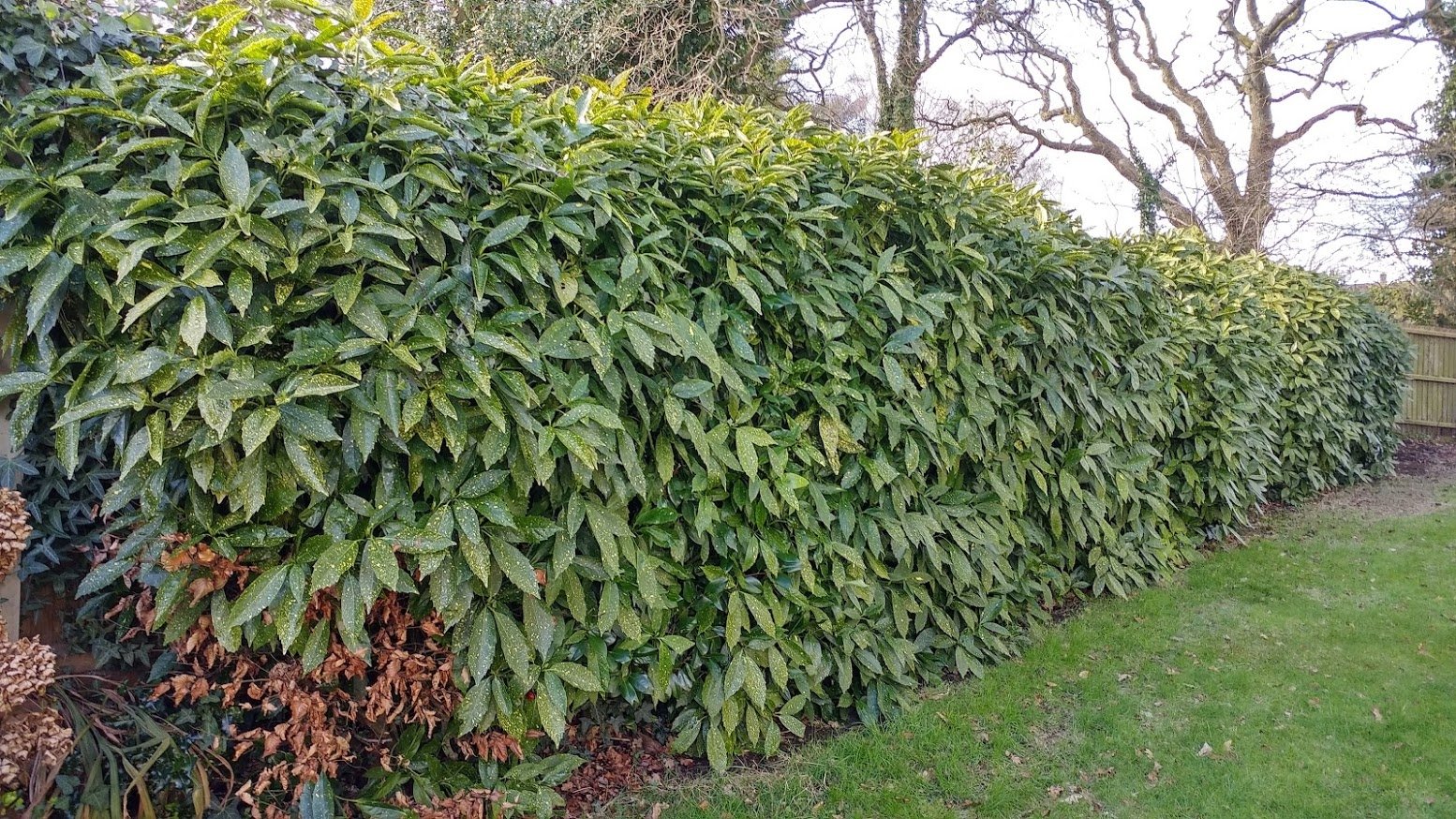 What would be the best way to get rid of it? Is this something I could tackle myself with the right tools, or might it just be best to get someone to come in? And would they be able to remove all of it, including the roots?

On a similar note, there is a tree opposite the hedge that we would like to remove, but I don't know what it is. But I imagine it would be similar to get rid of as the hedge? Here's a photo: 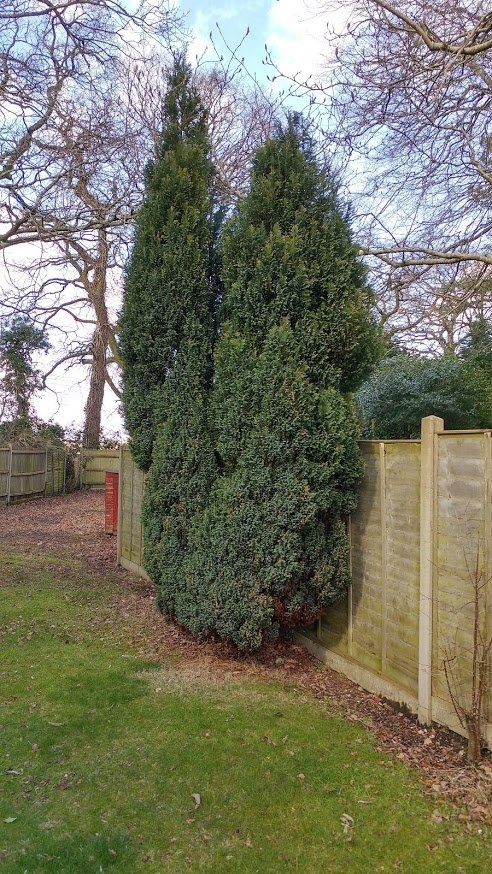 Any advice would be greatly appreciated!