2oaktrees West Midlands Posts: 160
May 2018 in Problem solving
I have some pruned stems from my dads favourite rose. I don’t know what it is called and neither did he. It grows very leggy but has the most beautiful bunch of deep red roses I have ever seen.

I placed the stems in water and now have shoots growing from it. I would love to be able to grow them from cuttings and have something to remember him by.

I bought some rootgrow powder from Wilkos and was hoping someobody would be kind enough to advise me how best to do this. 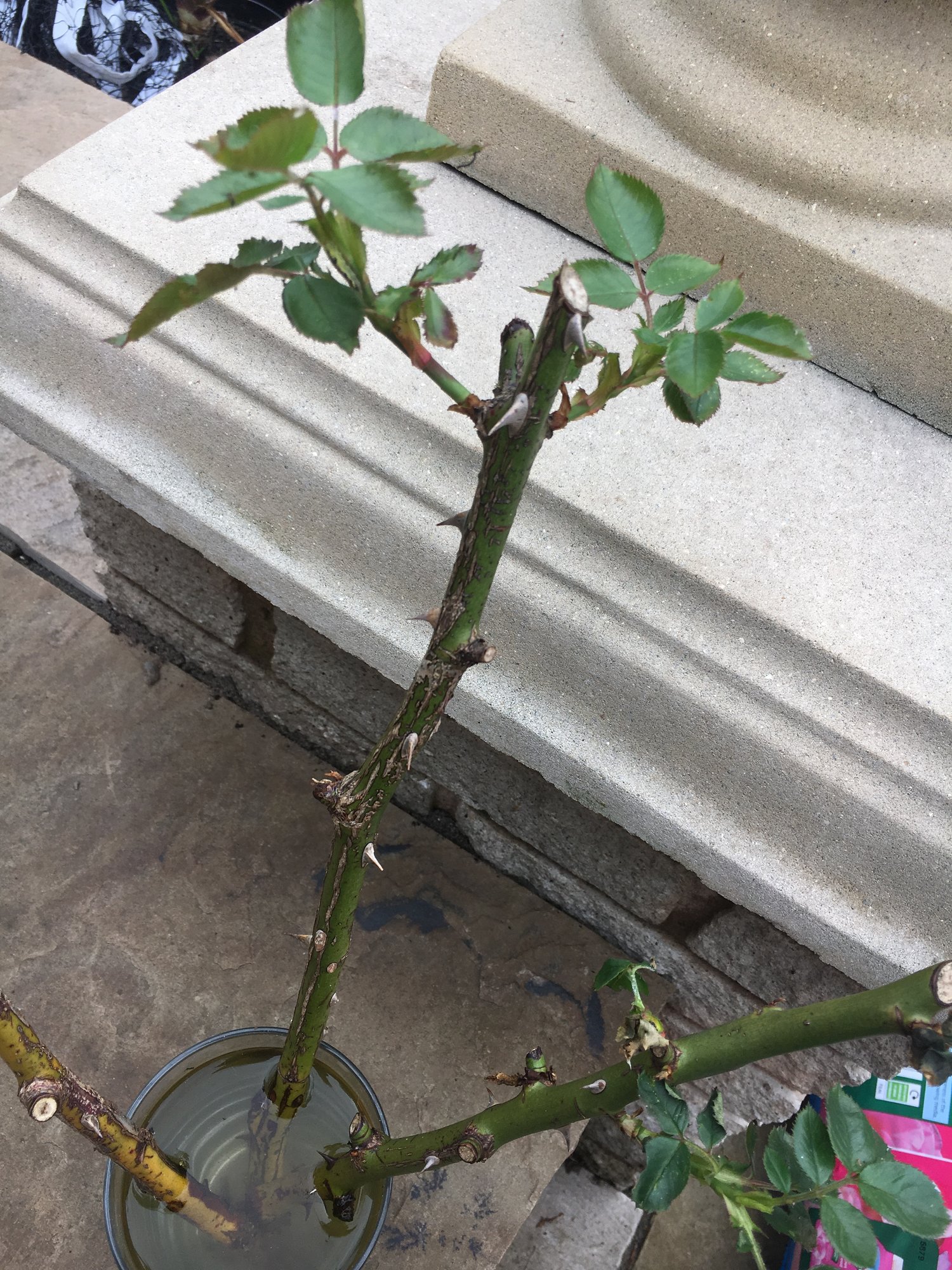