dead yew with details photos and need advice on what to do.

Bea18 Posts: 10
May 2018 in Problem solving
Hi
Thanks to the replies to my previous post. The discussion is now days old and I was too exhausted to respond over the weekend. So I am reposting it, with the requested details and photos this time. I need advice on what to do. I think they are not being reasonable, but consumer rights advice is not what I am after, really, but thanks for the replies on that.

I bought 65 bare root yew plants, (Them and more, the apple tree isn't alive either, told to wait until the end of June on that too. The bare root bushes were mostly ok.) Two thirds of the yew, the first two photos, were a dull green on arrival. The others healthy and fresh. I told them that at the time. They said they would replace dead plants. Now they are saying I need to tell them again that they are dead at the end of June, and will only replace them at the end of this year. Claiming I haven't watered them. We have, we've worked hard and that has left my son in bits because he thought he hadn't done enough - he has and left me pretty angry. They sold me unhealthy plants, I've worked hard and now they are just telling me to wait, waste my time, energy, money and have a depressing garden for a year because they left the lifted ones out in the frost or something.

I've counted the ones still alive, only 23. A couple of those are doubtful. Do I give up and rip them out? It is really depressing to have a garden lined with dead plants. The rest of the garden is clay and yet to be dug over. It is a new build. I dug over the bed, put on a mulch of manure and topping, fed with fish blood and bone and also later with seaweed. I soaked them and dipped them in the myco rootgrow before planting, and believe me, they are watered every day, the pea seedlings behind them are growing fine. The photos were taken  first thing before watering.

What would you guys do? 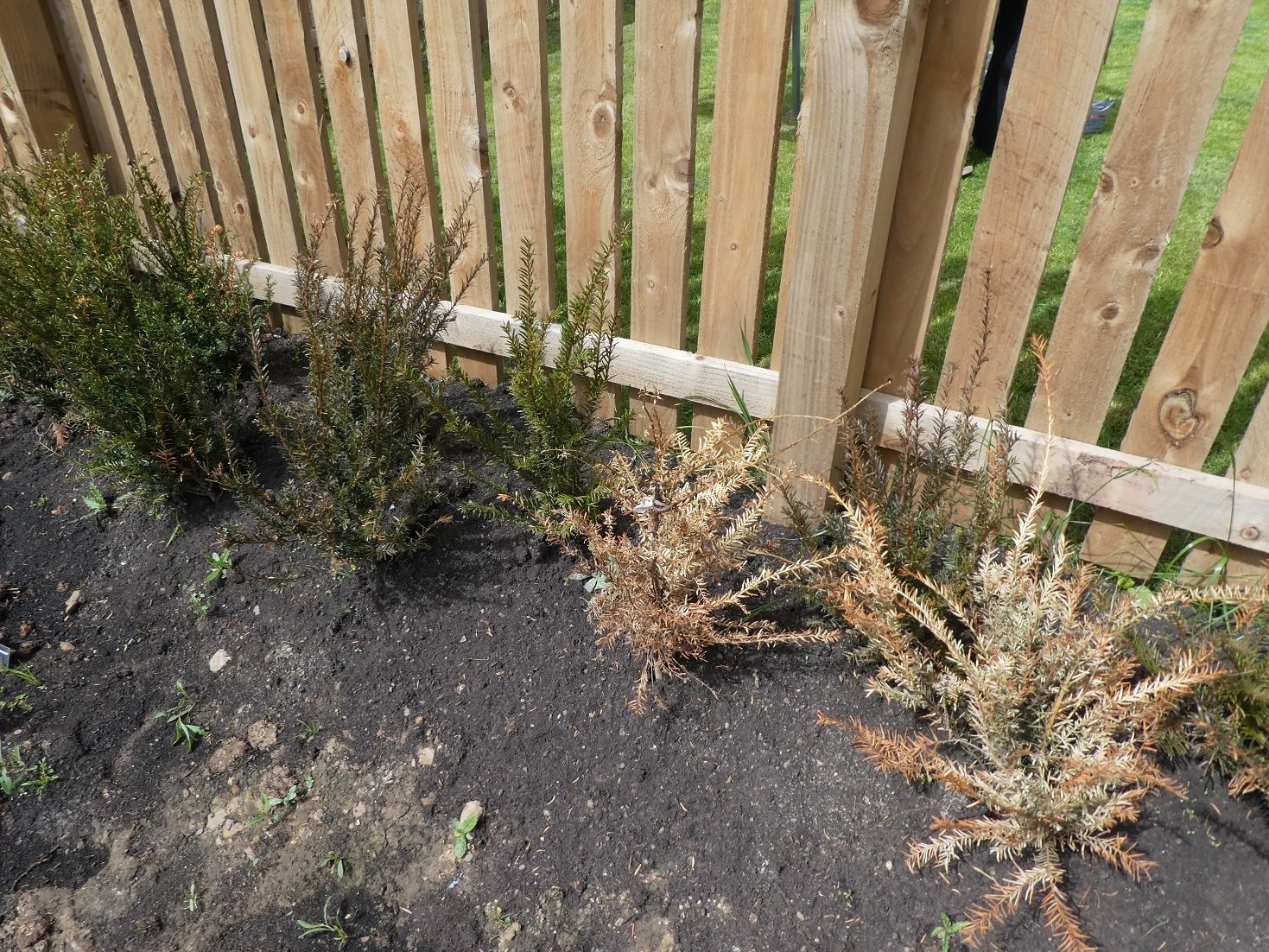 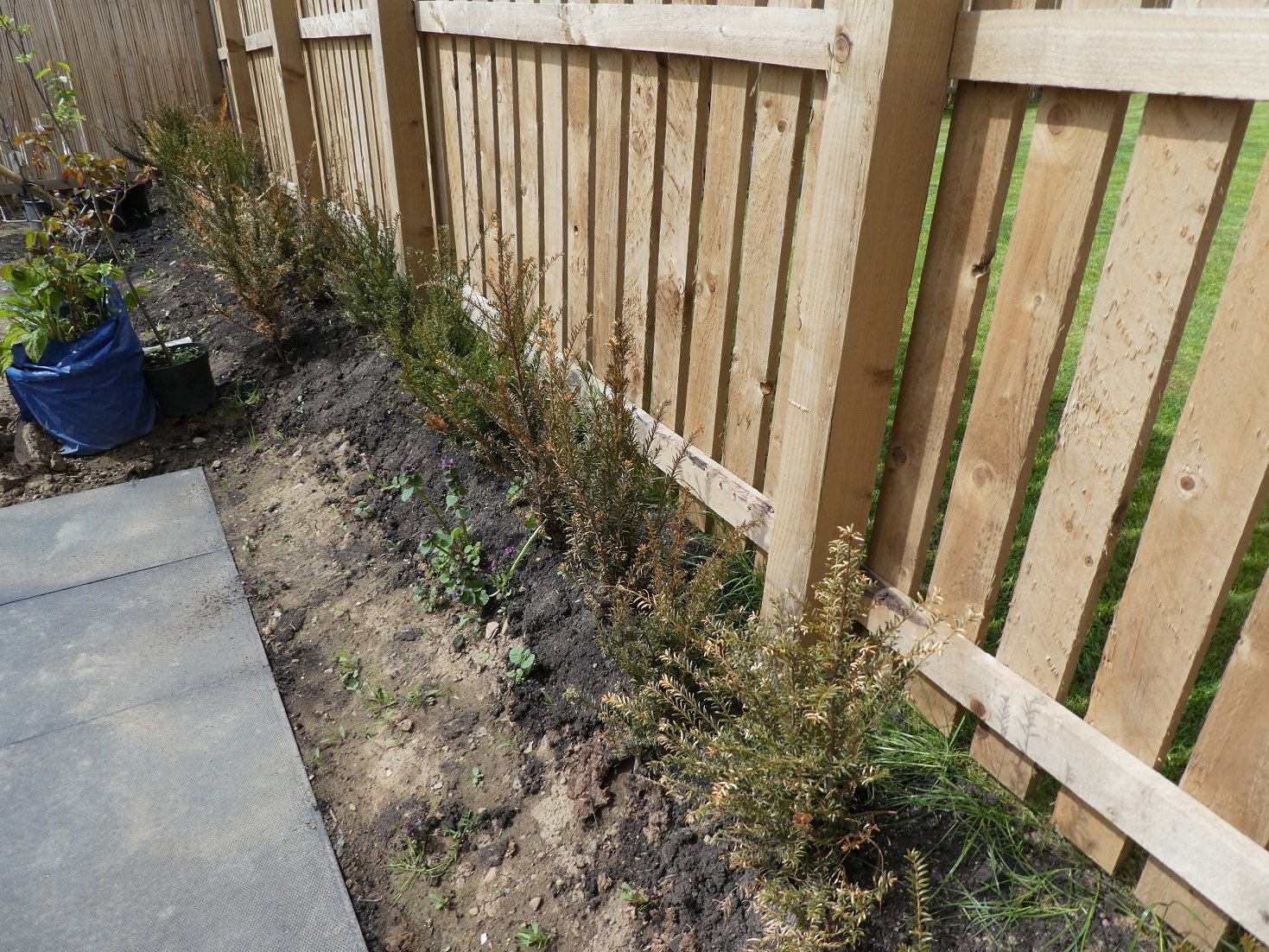 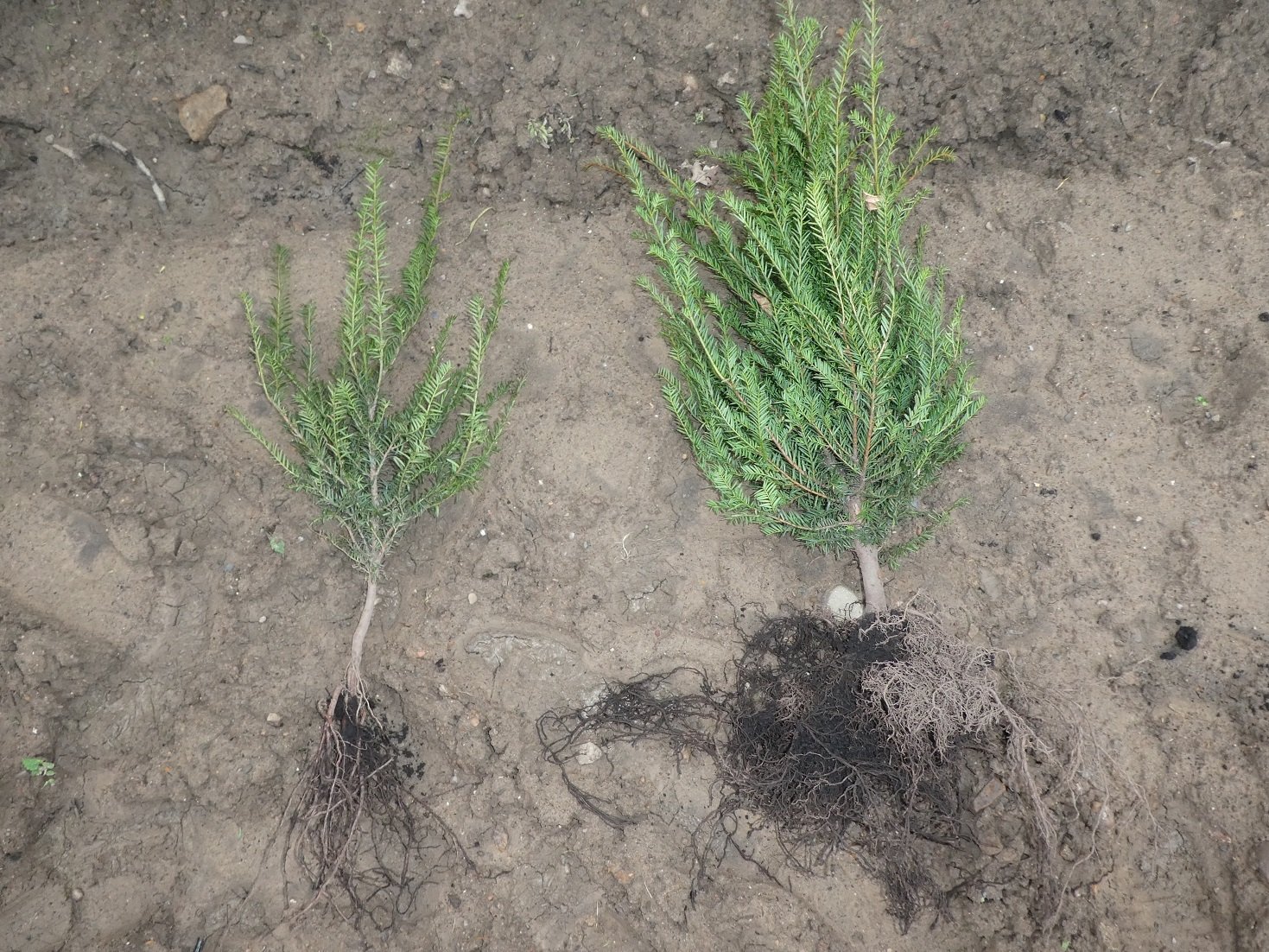