My garden is starting to get overwhelming

itsuey NorfolkPosts: 39
May 2018 in Garden design
I have an incredibly confused garden; our house was uninhabited for about 9 months before we moved in and the estate agent said none of the previous tenets really maintained the garden any further than mowing the lawn for several years. It's also a slightly odd layout, it's almost in 3 sections, I drew up a plan trying to work out what's in there which I've stuck in below; the section behind the conservatory is obviously the most used, it's got the most work done to it, and the section to the right of the house has a sort of kitchen garden, but the grass is really sloped, and the area at the back is just completely empty and I have no idea what to do to it. I started really enthusiastically thinking oh I'll make it look amazing, I even tried to tell the estate agent what I was doing and discovered she had no interest in gardens at all, but a few months in and it's becoming somewhat daunting.

I don't know how legible my scribbles are, but there's a few massive bush-like trees, a confused mess of about 5 trees in a 1m square space, several rhodedendrons, I've started training jasmine up one of the fences, and I've got some orange honeysuckle which is going on the stray bit of fence in the middle of the garden once I've won my battle with the ivy.

I've also got an array of things in pots in the conservatory which would like to go in the ground at some point; lavender, cockscombs, night scented stocks, an acer, a raspberry, a slightly unhappy tiny fig tree, if they ever decide to shoot, a purple and a "kronenbourg" bush rose, foxgloves, agastache mexicana blue, echinops ritro blue, forget me nots, I think I planted some cherry blossom seeds, and there's a whole array of other things I've planted, didn't label, and promptly forgot what they are.

Any advice would be amazing because this was supposed to be relaxing and enjoyable and it's not right now. 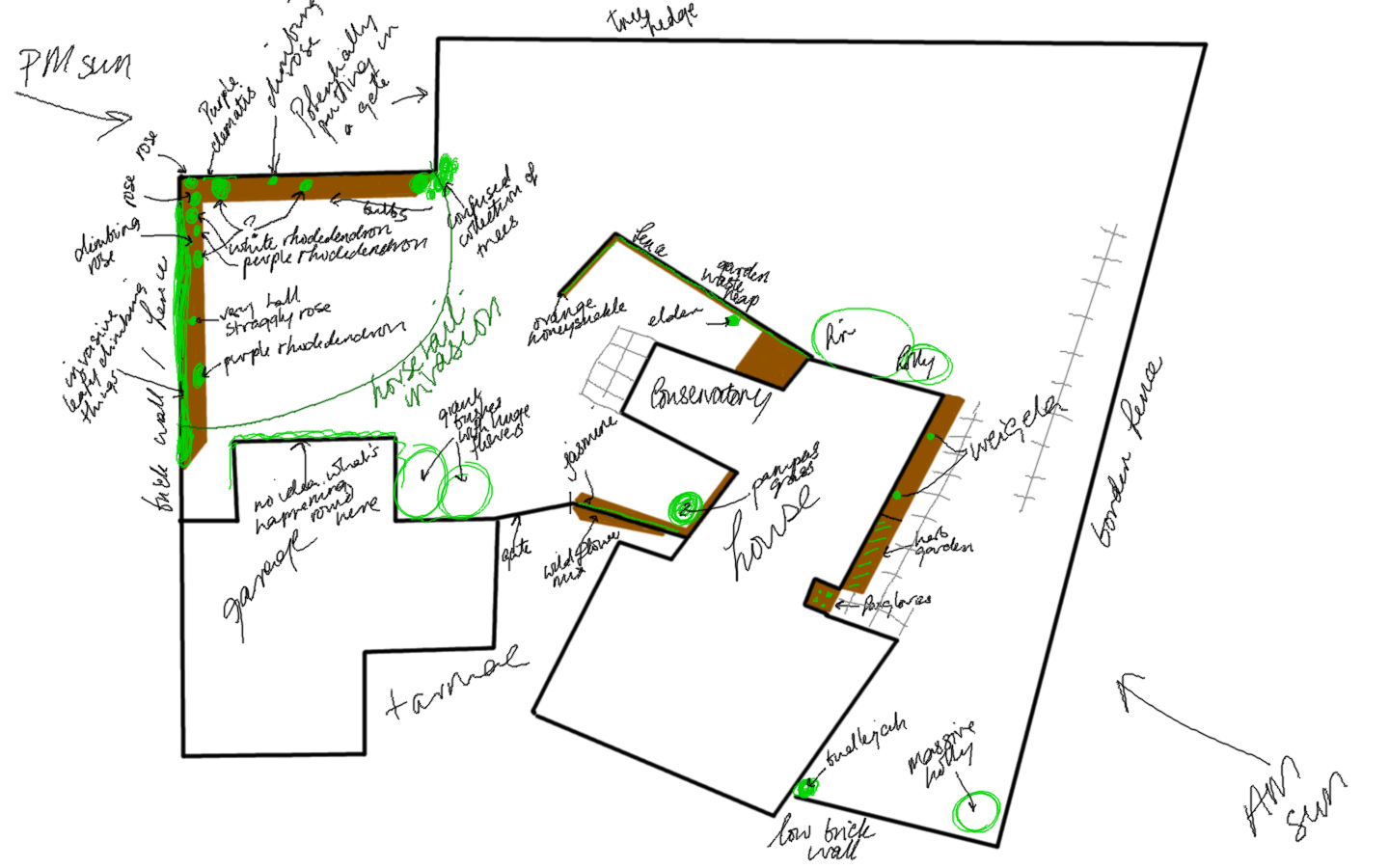