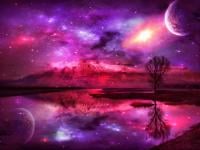 We've got a small garden pond (roughly 2m x 1.5) in a full sun position. Our main surface cover plant is frogbit which is only just starting to emerge and spread, and I remember that  in previous years it wasn't until mid Summer that it really took off. The pond is very prone to algae building up and I'm guessing the main reason for this is that the surface at the moment is barely covered. I was quite taken with the idea of getting a small lily, like Perrys Baby Red, but I don't think our shelves will allow for enough of a planting depth for it - it'd only have about 10-15cm of water above it, and usually less as the pond evaporates a lot in the Summer. I'm trying to figure out if there is a good surface cover plant that will get going reasonably early in the year, that also doesn't need to be planted very deep - or is a floater like frogbit. Does anyone have any recommendations?