In 2016 i posted on this site about my 'jungle' that i inherited when i moved in and was given great advise.  Since then i have almost completed my garden with a lawn laid back in September.  I have attached a picture for those that remember the conversation. 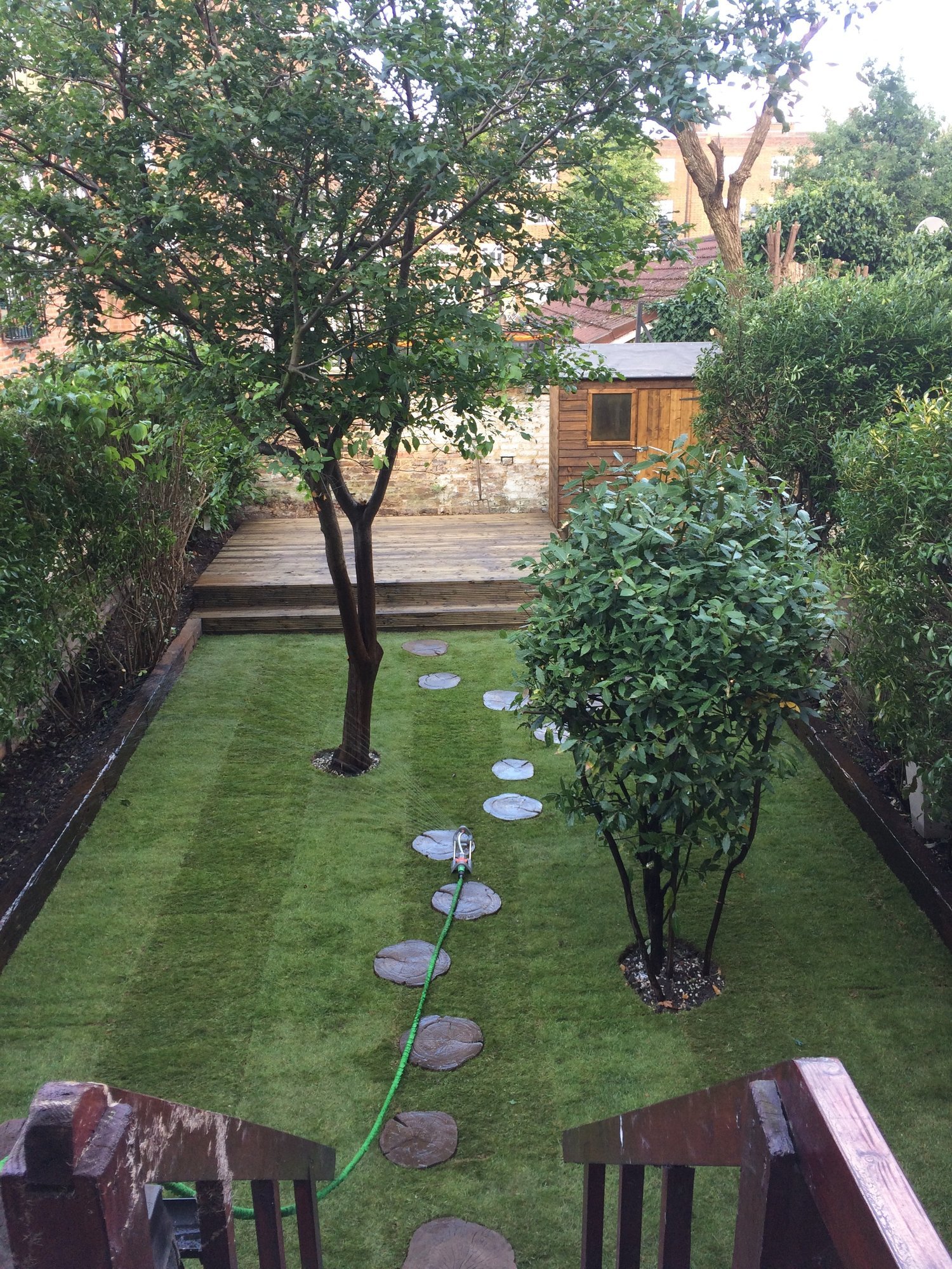 The problem now is that the lawn hasn't taken.  As advised by those who laid the grass I watered the lawn regularly and cut the grass once after about 5 weeks before winter.  Aftre cutting a few patches started to appear with what looked like mould/boggish stuff (for want of a better word).  Winter and the snow then came.

I am now looking at my lawn and not sure what to do.  It does need a cut but would this damage it further as the grass is very delicate and doesn't spring back up.  Is it a simple case of adding more grass seeds in the patches or is there other things i should be aware of?

To confirm that since the grass has been laid, other than me cutting the grass no feet have walked along the grass as i do not have kids or dogs.  I have added some pictures below to give an idea.

Thank you for any guidance that can be offered. 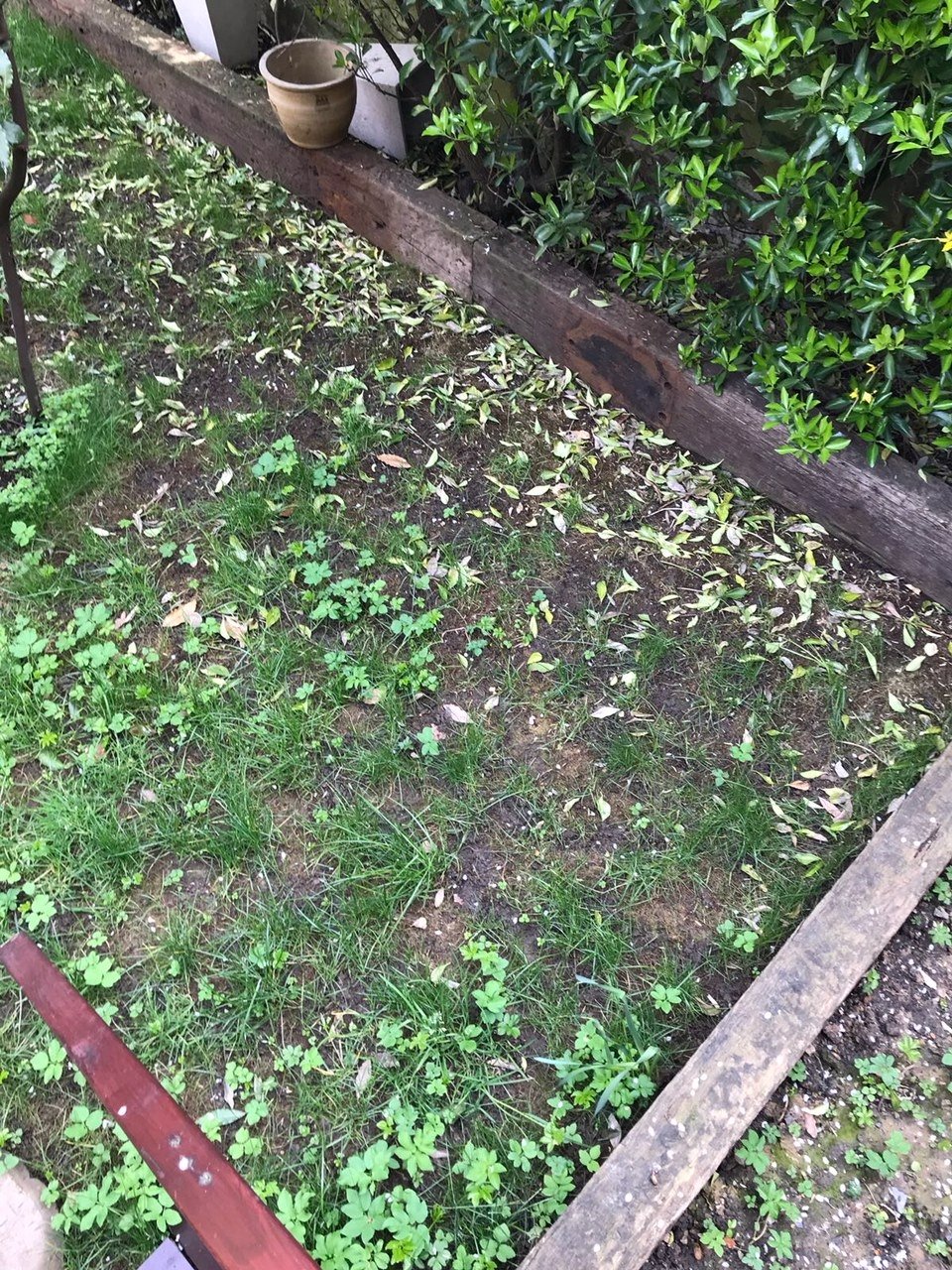 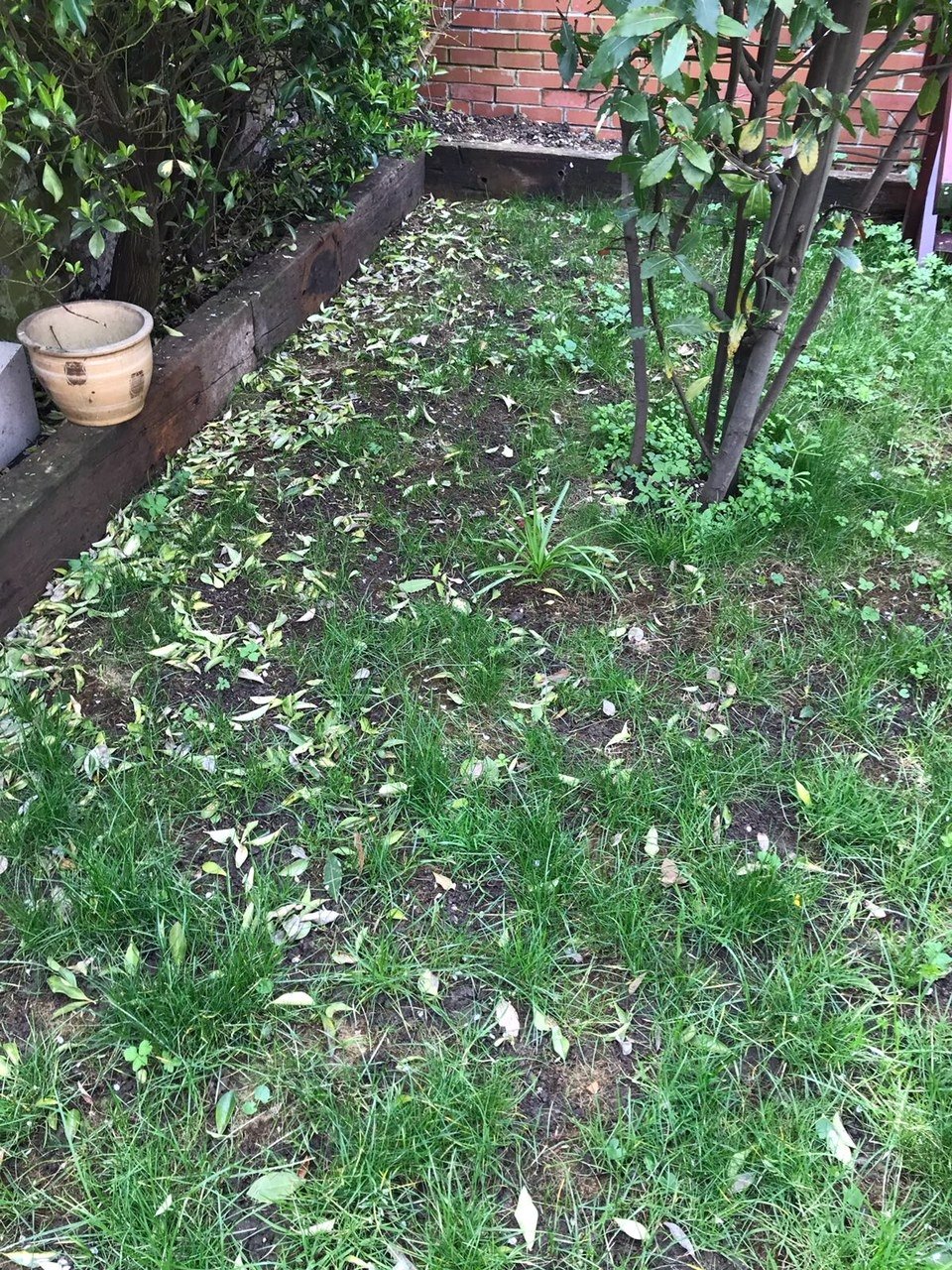 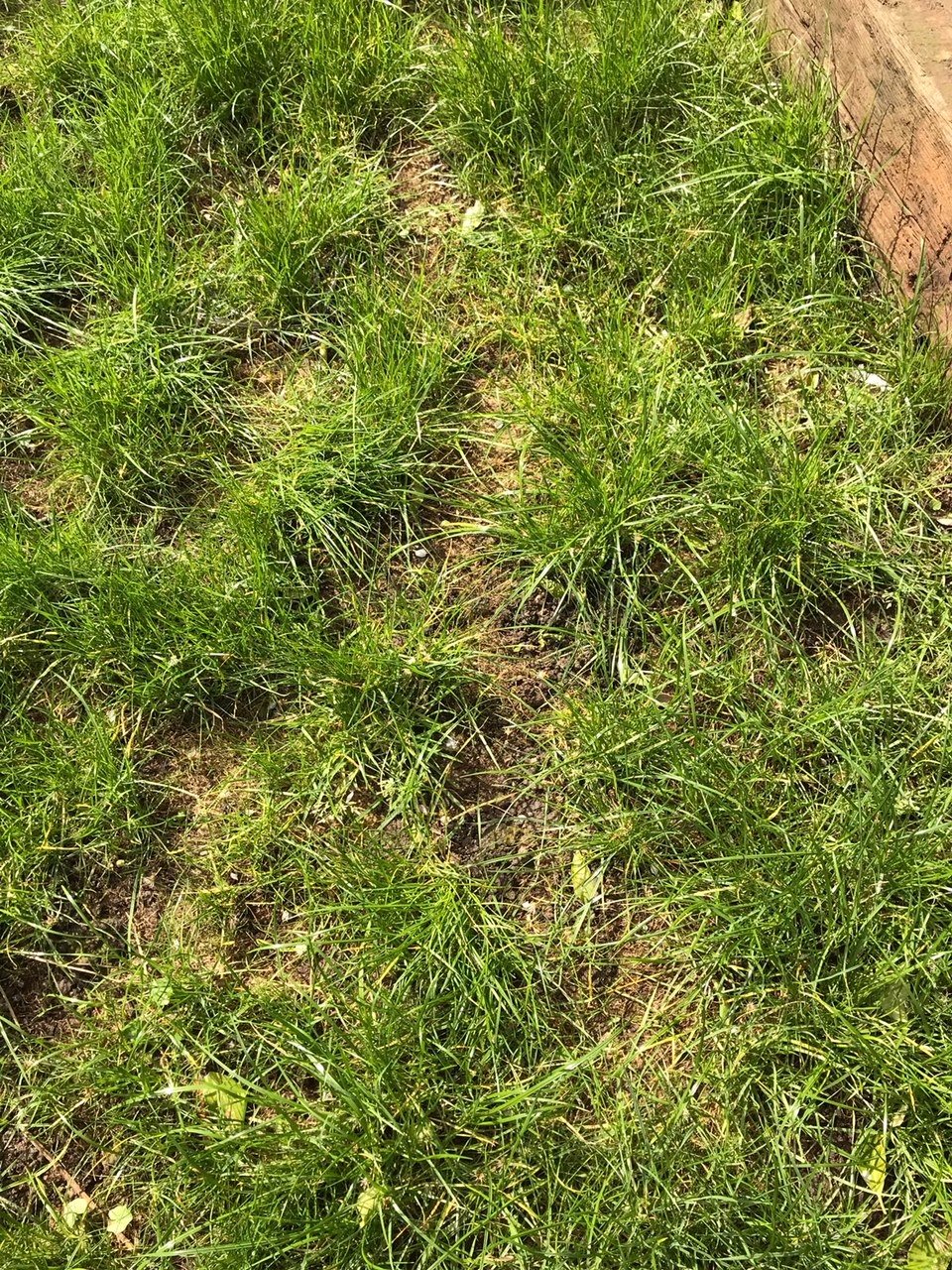