d.duce Posts: 2
March 2018 edited March 2018 in Problem solving
Hello, A few months back I decided to try out growing a lemon tree from a seed, and to my surprise it actually worked. I got some good shoots green leaves and it was great, I moved it to a big pot and after a few weeks it started to brown and wilt. I posted a photo before and was told it was over watering. I decided to buy some citrus soil  and a smaller pot, and removed the dying plant to a smaller pot to allot for more drainage and a better soil. The plants been in this new smaller pot for 2 weeks now and there is no progress its just getting worse and its not getting any bigger its just wilting.  I watered it when I replanted the plant and since then ive left it to dry out (2 weeks) the top soil is drying out but below its still a little damn but not boggy) the plants been by a window in my kitchen getting light all day and sitting possibly in some cold in the night and outside in the uk has been -2 etc lately. but the lowest indoors gets in my house is 18C however by the window I assume this could be cooler in the dead of night by a window?. 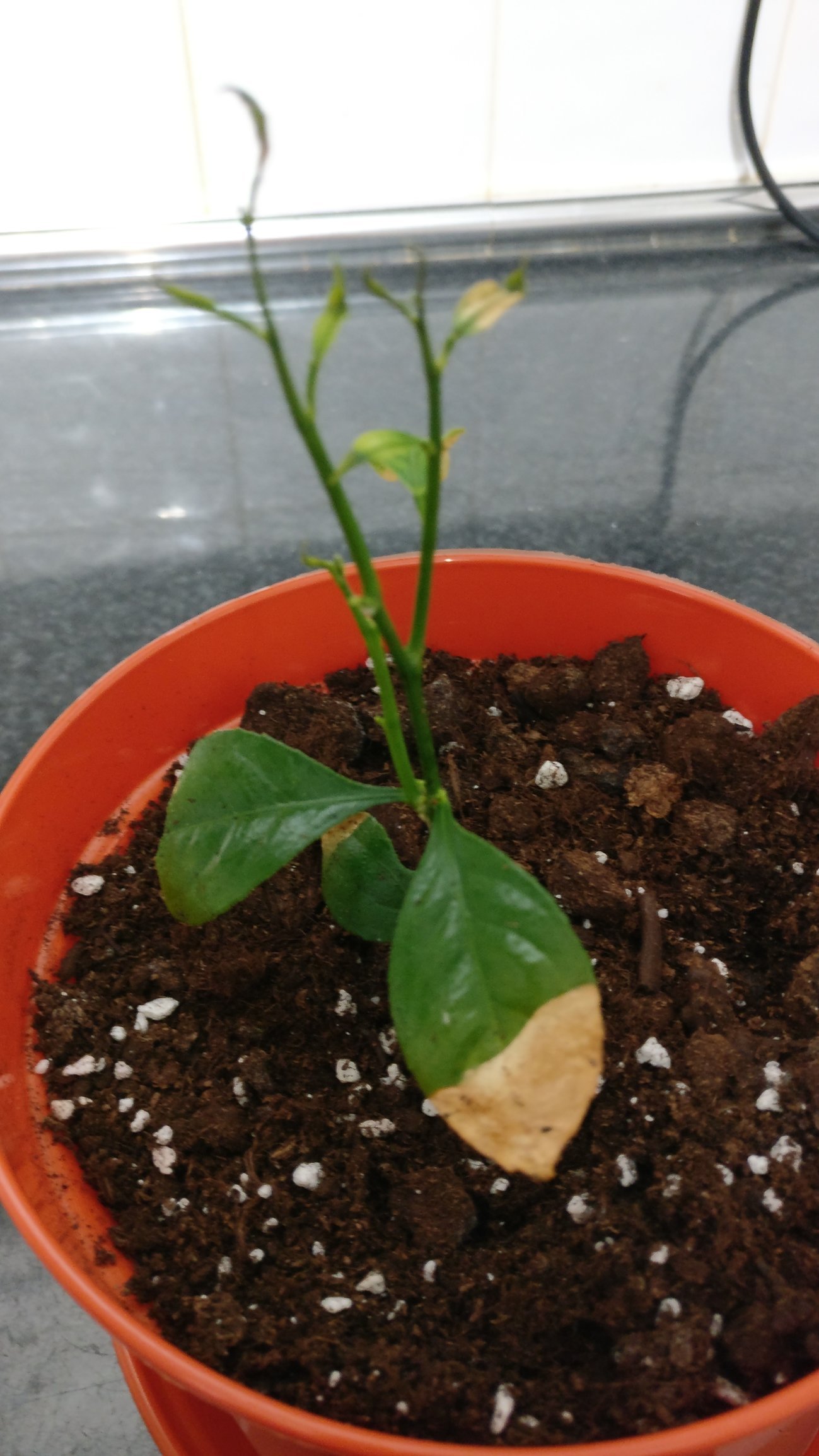 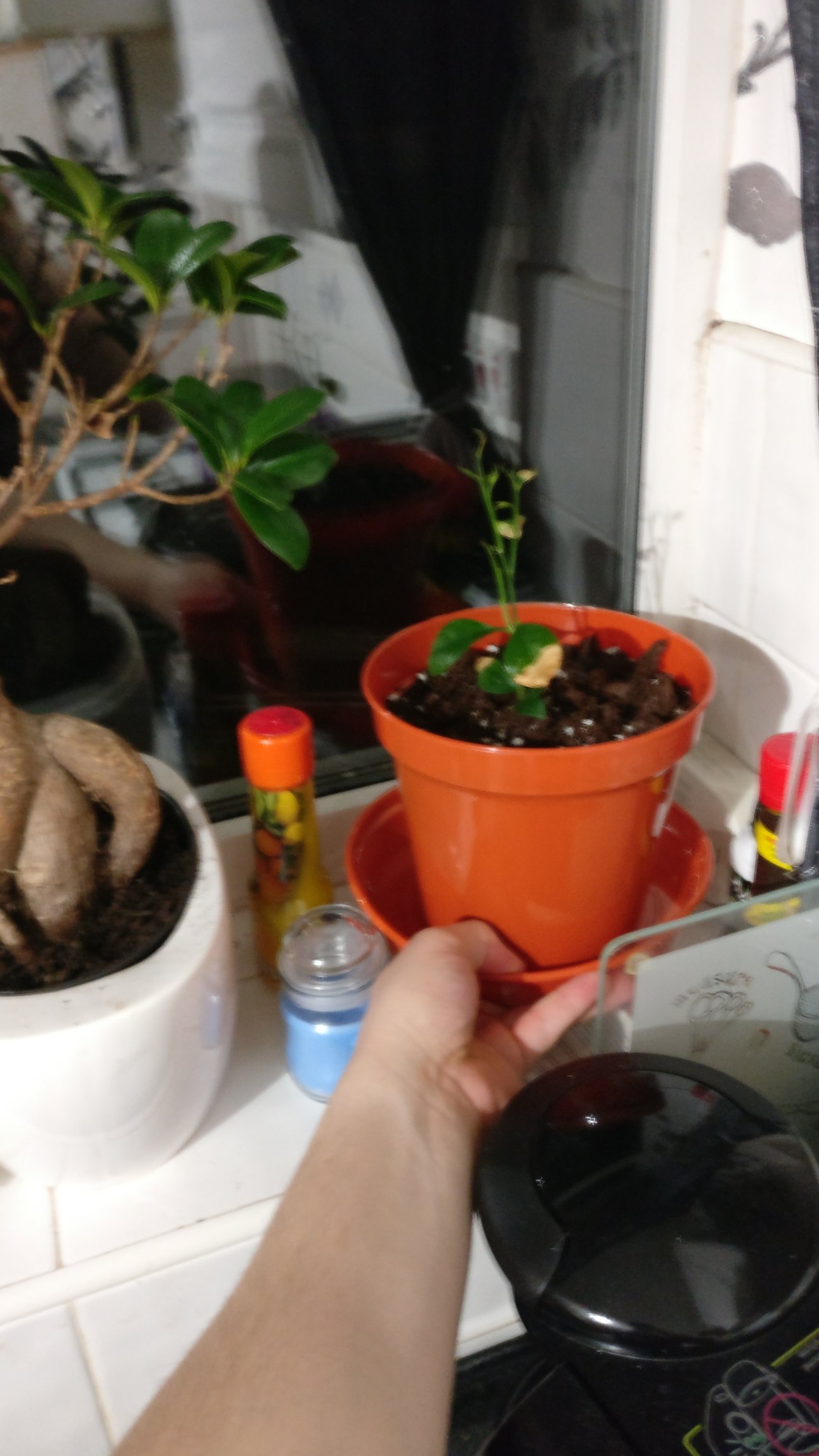 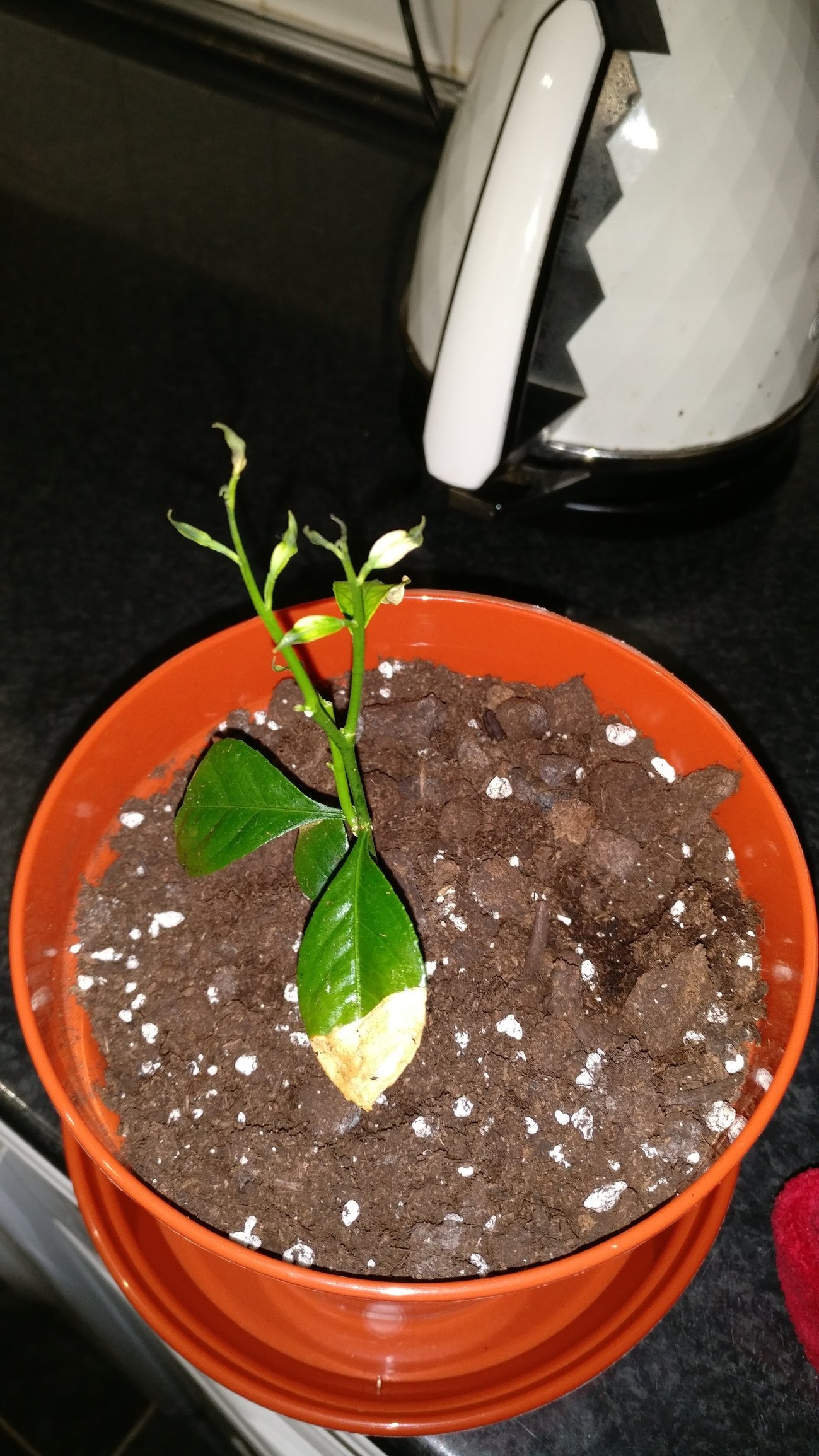 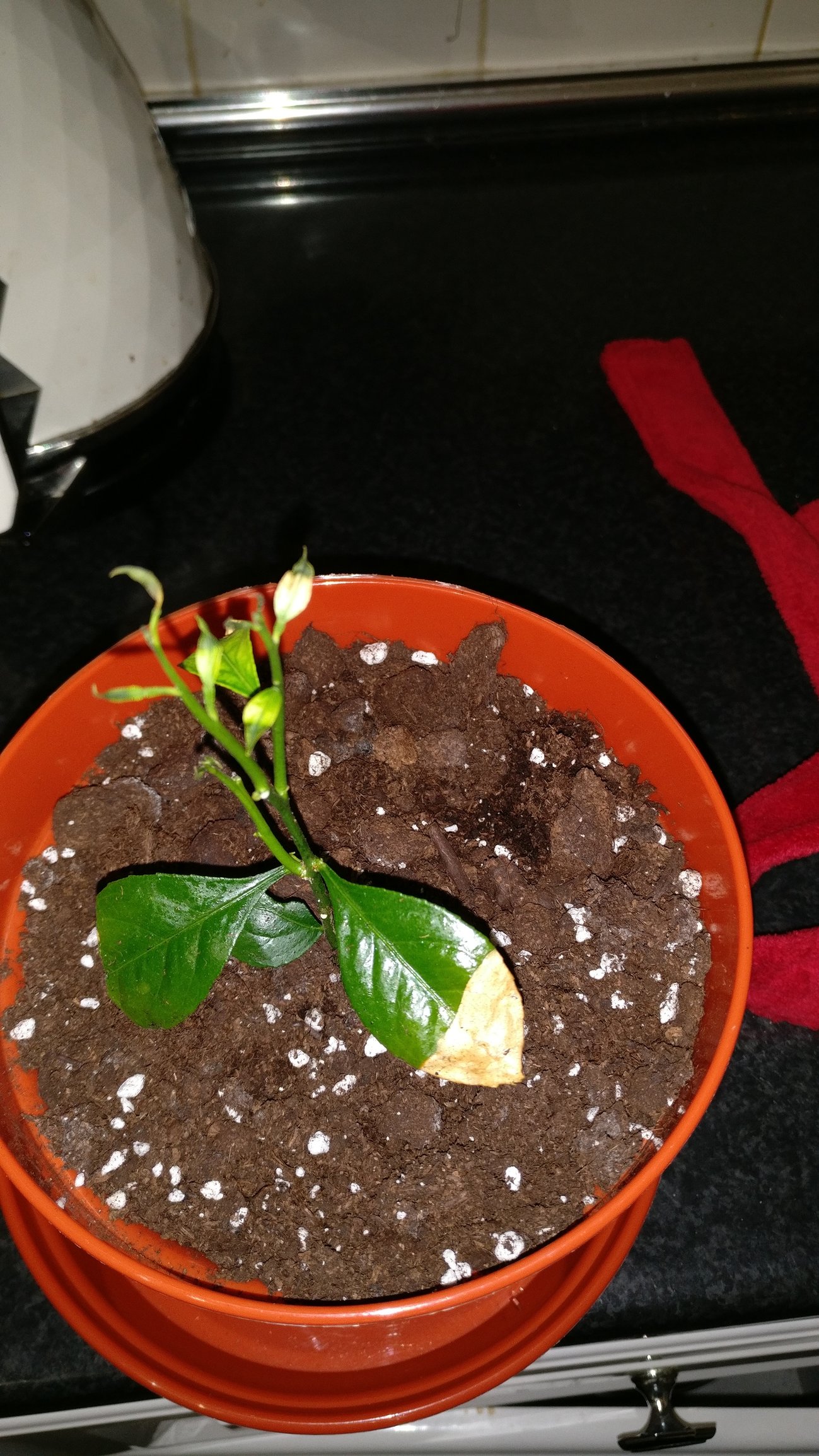 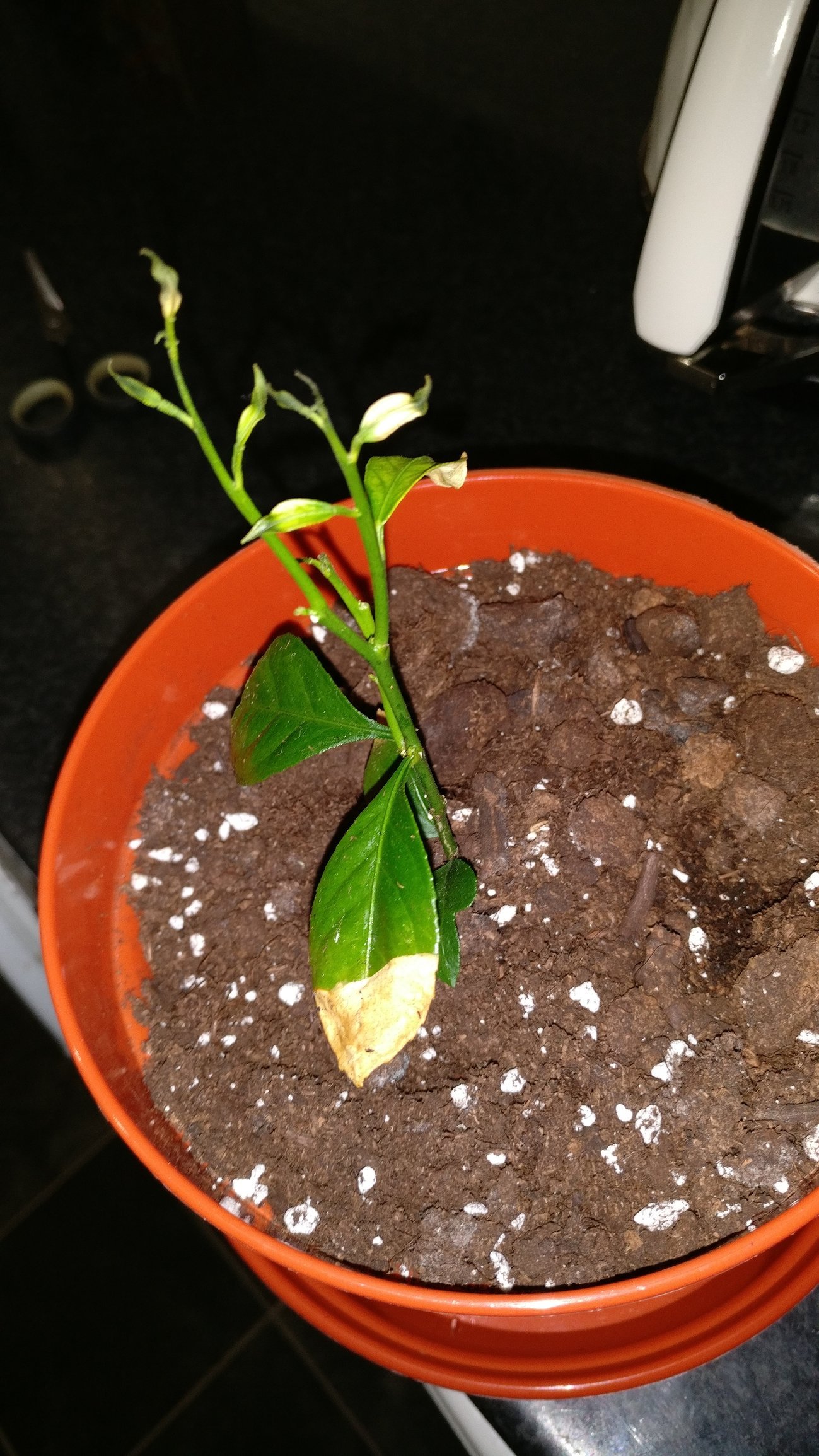