looking for inspiration on what I can do with this hedge. We recently moved house. Is there anything I can grow up it to hide the bare bits to maintain privacy without killing the rest of the hedge? But still being able to trim the hedge? I’d ideally like to get rid of it and replace with another hedge type but it belongs to the opposite house and I don’t know if they are precious about it or anything, also the roots are huge and there are birds in there. The sun rises to the right of the photo and sets toward the left. Could I put a border in front? I’d be worried about my husband stamping on plants while he trimmed the hedge!

does anyone have any ideas? Thanks! 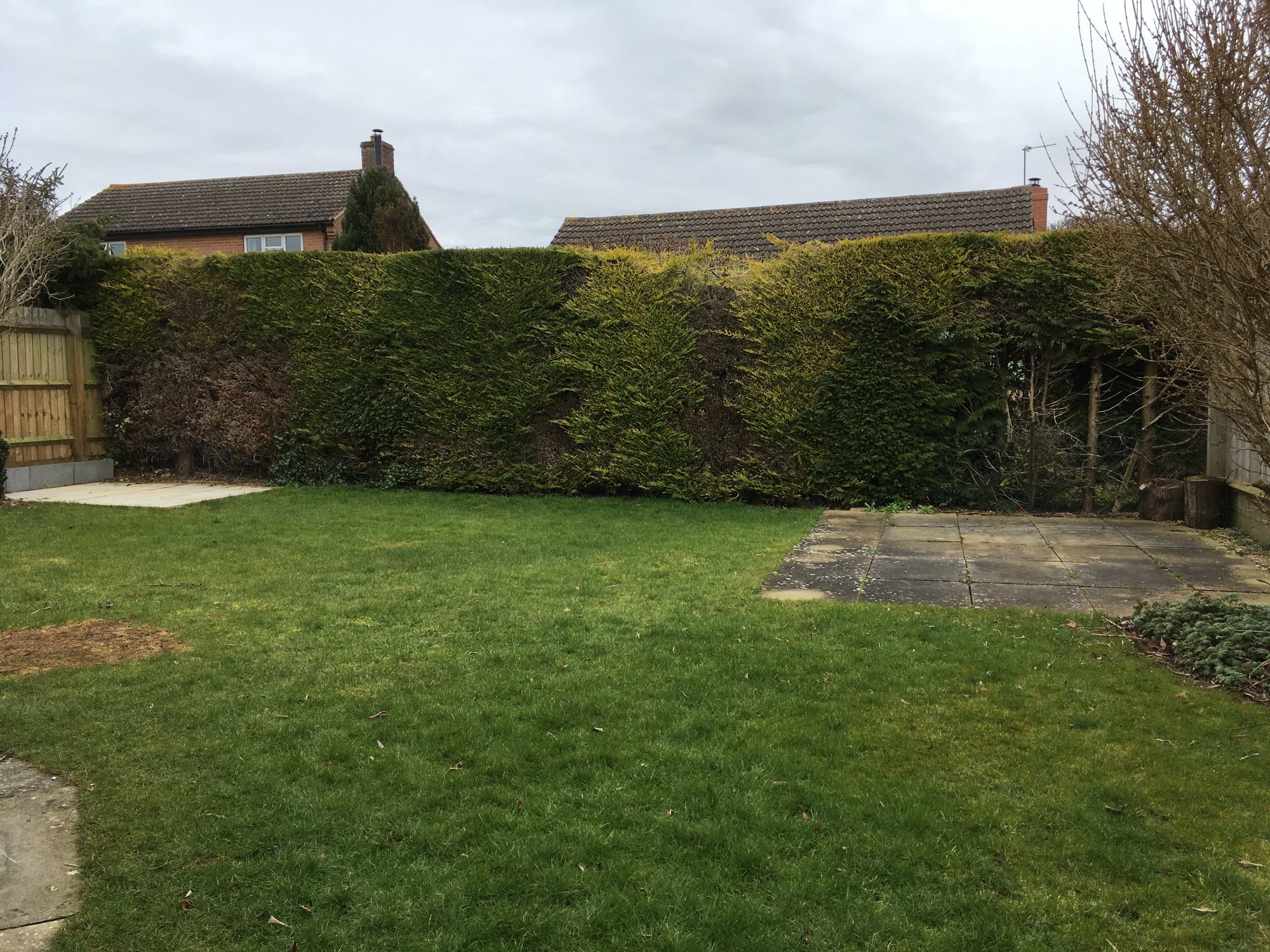