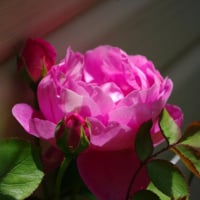 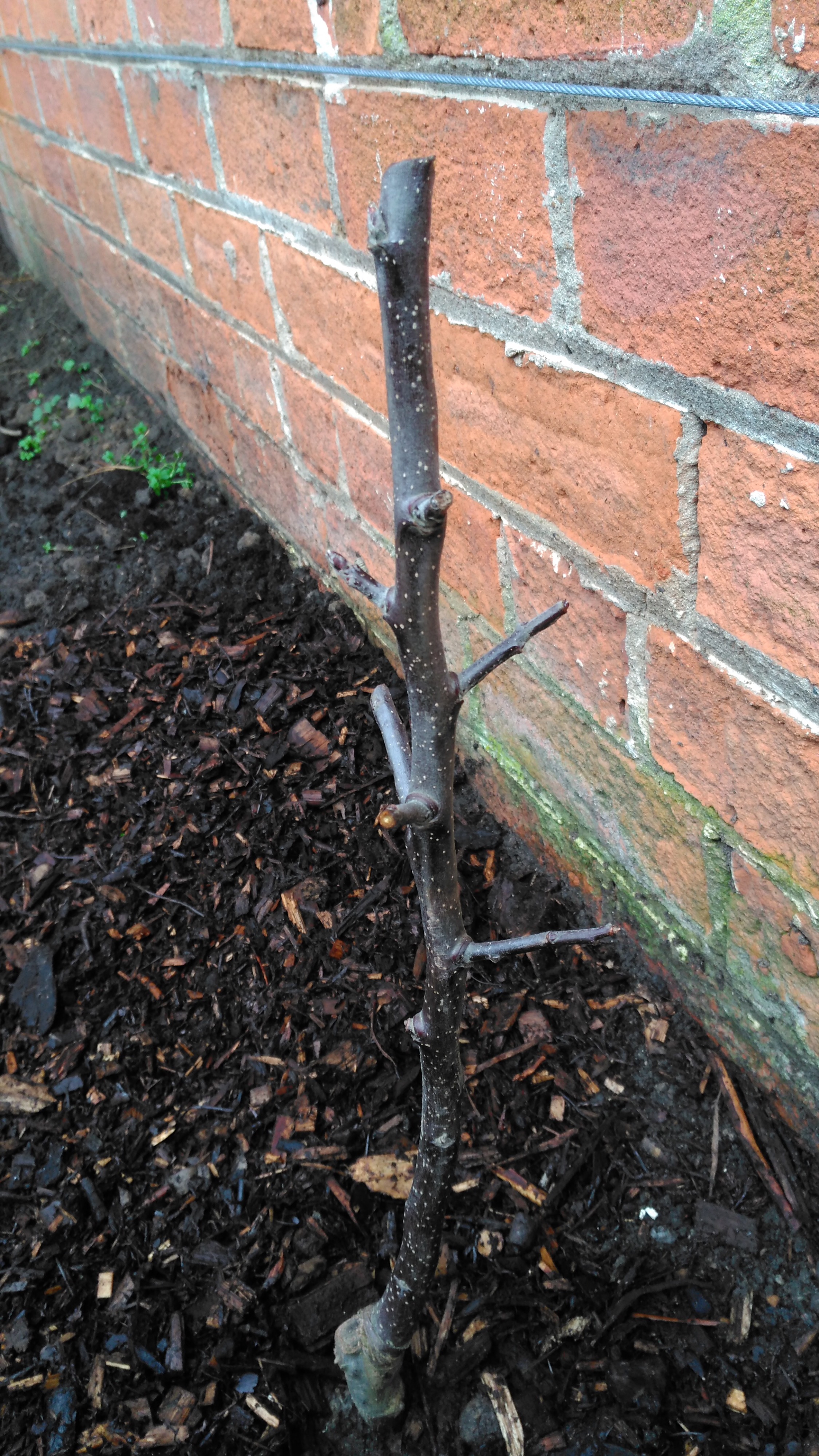 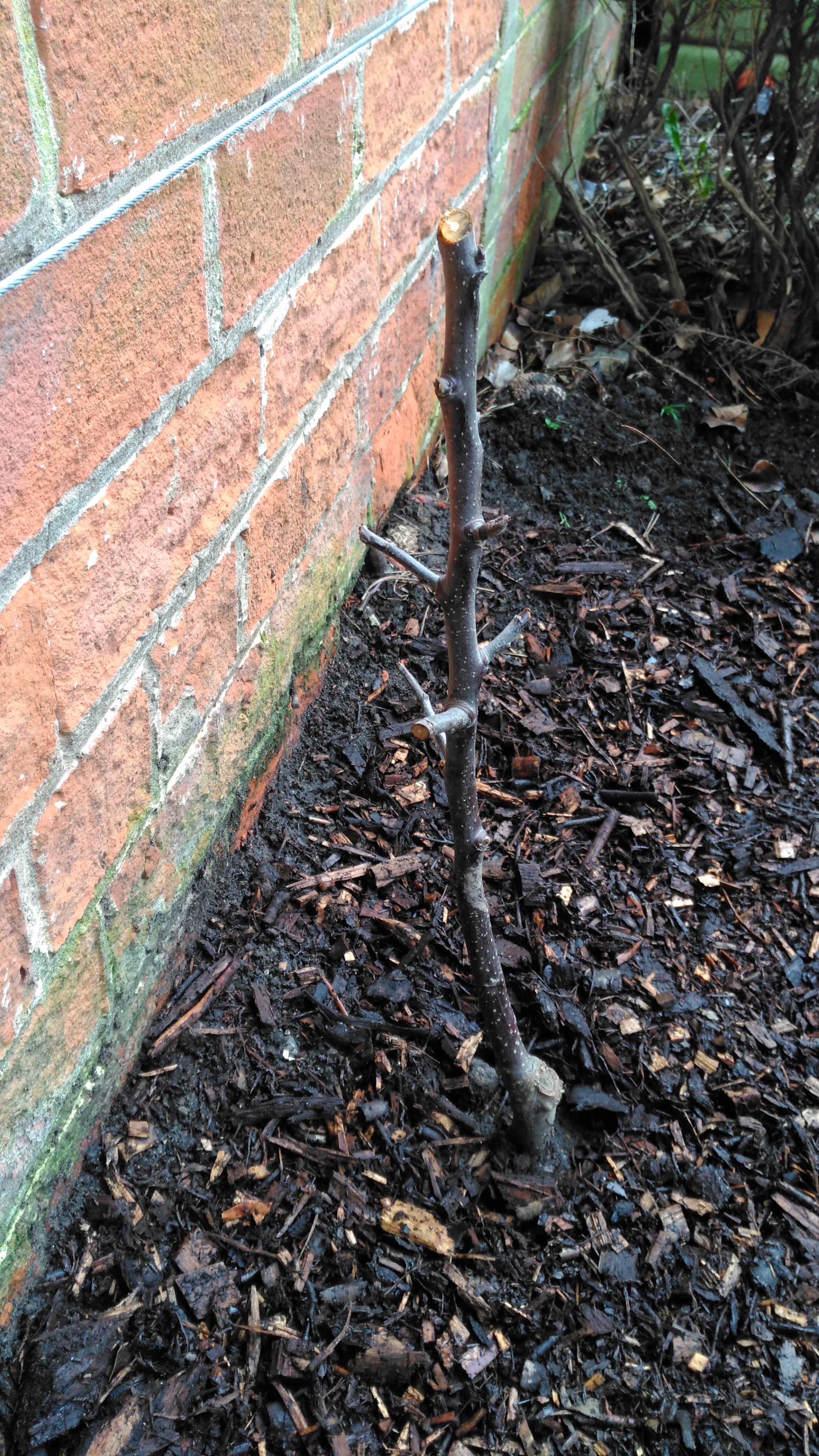 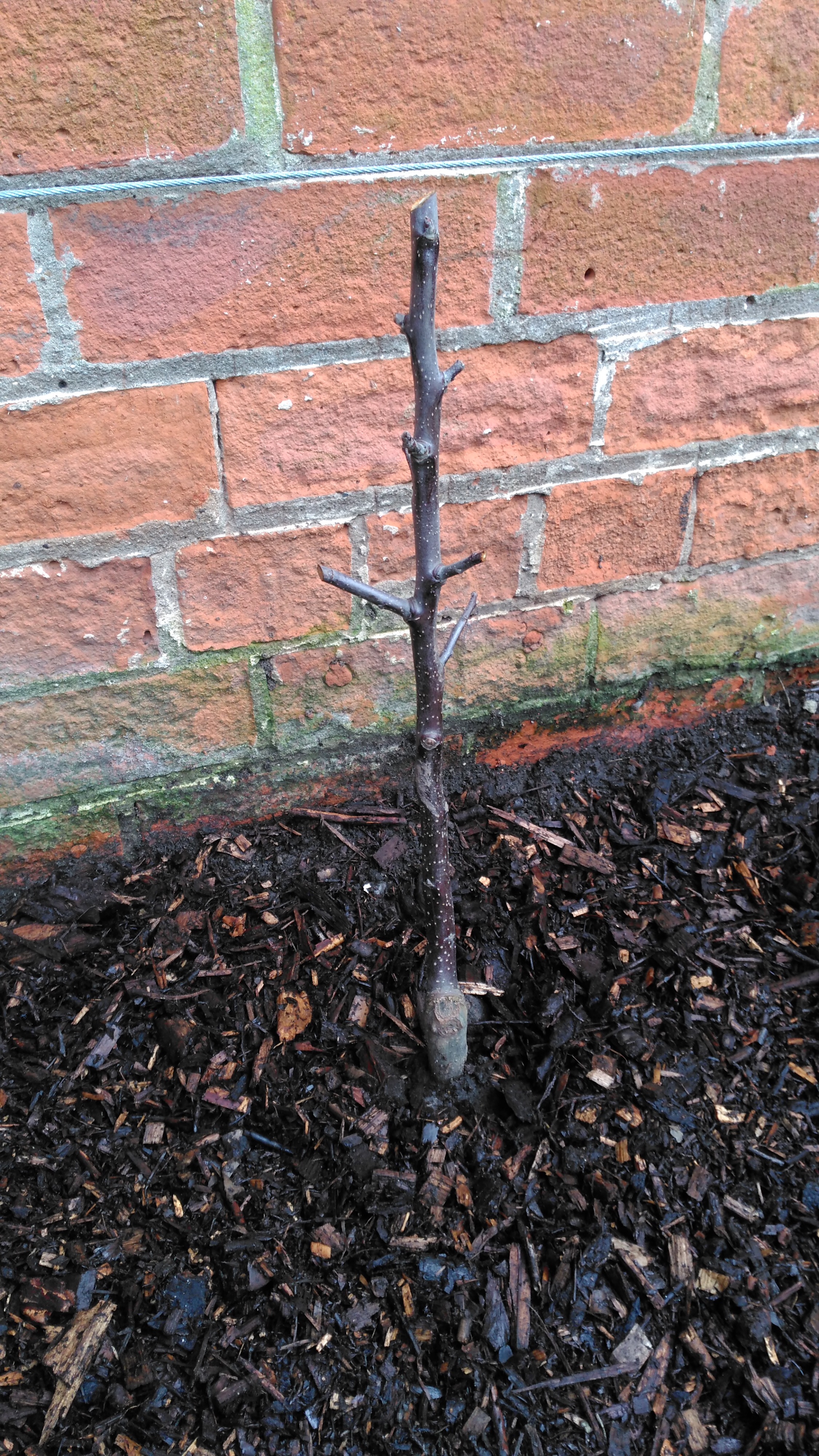 Hello, I've been sorting out my garden after having an extension built. Finally got everything cleared so that we can start using it as a garden.

I decided after seeing lots of lovely examples in walled gardens that I'd like to try growing an apple tree 'espalier' along the brick wall at the back of the garden.

I've done all the necessary prep work and on Tuesday this week took delivery of a 1 year old tree.

How ever I'm a bit confused about whether I've pruned it correctly. I was expecting it to be unfeathered, but it arrived with several branches on the main stem - including a few that seem to have already been cut.

I cut the main stem down to roughly 40cm, just above a bud, however I'm unsure where exactly the side arms are going to bud from. There are several other buds but they're either on small side branches that have already been cut or much lower down the stem.

Am I best just to leave it and see where the shoots are in spring before doing anything else to it, or does it require further pruning?