I recently bought a house and I've inherited a few plants that I have no idea what they are. I'm sure I will be on this site quite a bit over the next year or so as I try to sort out the garden. It was quite neglected and some things have outgrown their spot. For example, there is a rather large buddleia and an unidentified conifer plant right directly in front of a security flood light. All night, every night, every time the wind blows these things move and the front of my property and half the road lights up so bright I'm sure they can see it from space!

Can I move the buddleia now? I'd hate to loose it as it is rather nice. I have no idea what type it is, but when I moved in it had purple flowers that were just fading and it's kept it's green leaves so far this winter. It is currently taller than 2m. I've attached photos of the conifer type plant that I would like help identifying please.  It is taller than 2m and it is not 'soft' to touch, but rather sharp or spikey. The outside looks green/grey and healthy, but the inside is all brown and looks dead. Any ideas what it is, if it's possible to move it and if so, can I move it now?

I should say that I took these photos and then later realised that the tree had been tied up with string. I cut the string (which had been tied all through the plant, presumably to keep it more narrow?) and now the tree has become 'wider'. At this point the light was fading and I couldn't get another photo today, but I can take another one tomorrow if that would help to identify this? I was a bit concerned that someone had tied the tree up and now I'm wondering just how tall and wide this tree is going to get!

Thank you for your help! 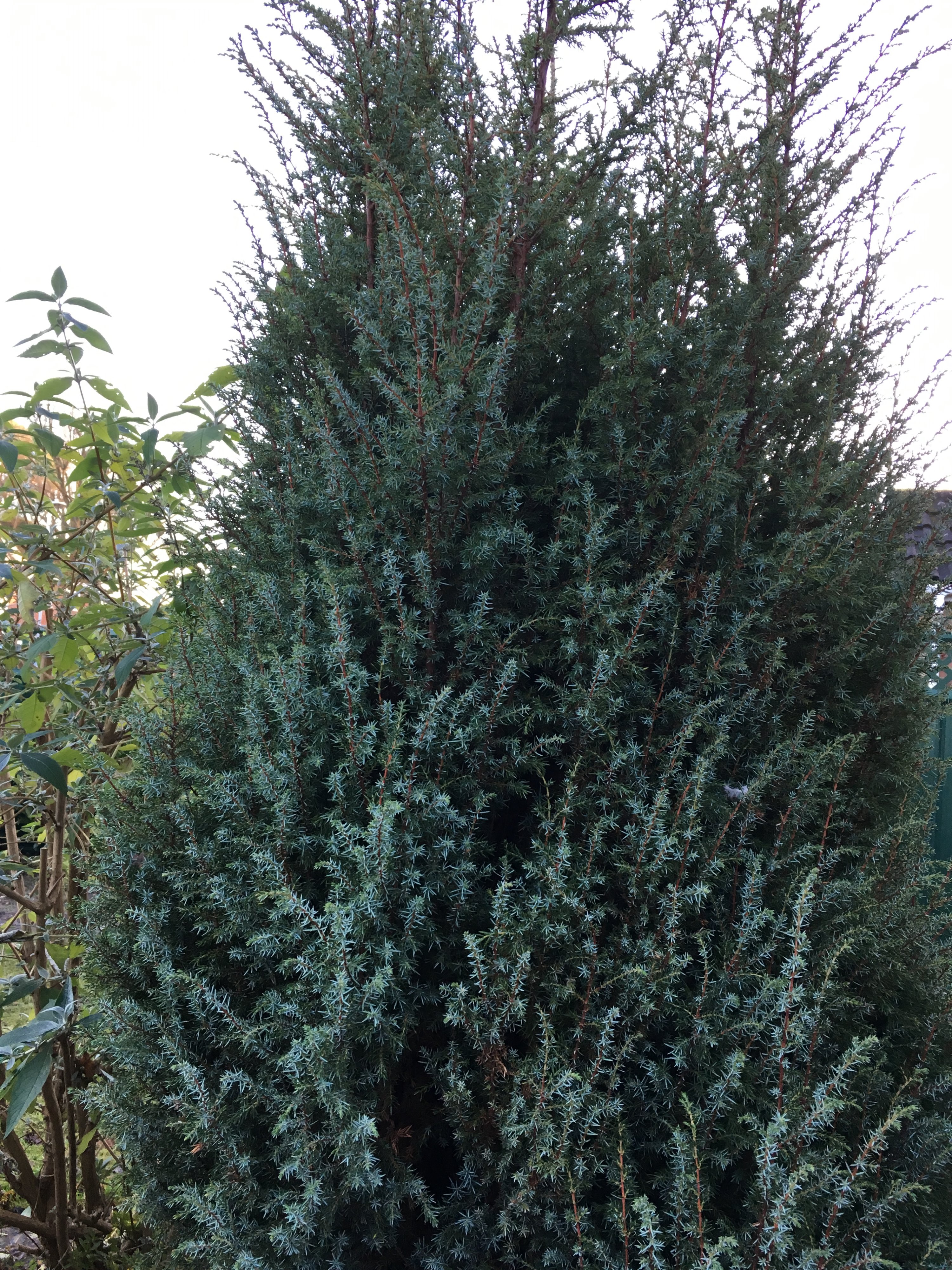 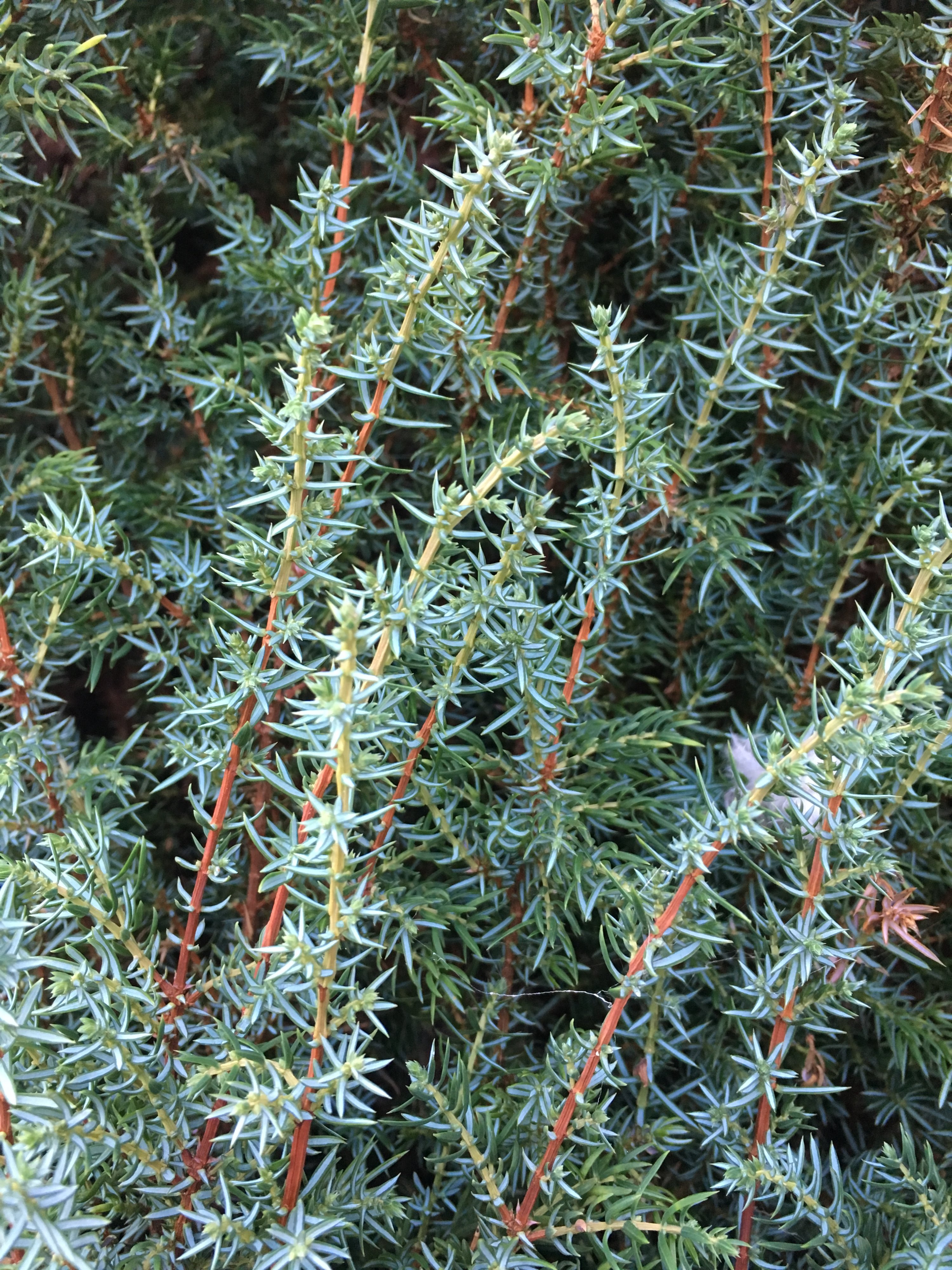