What is this plant please 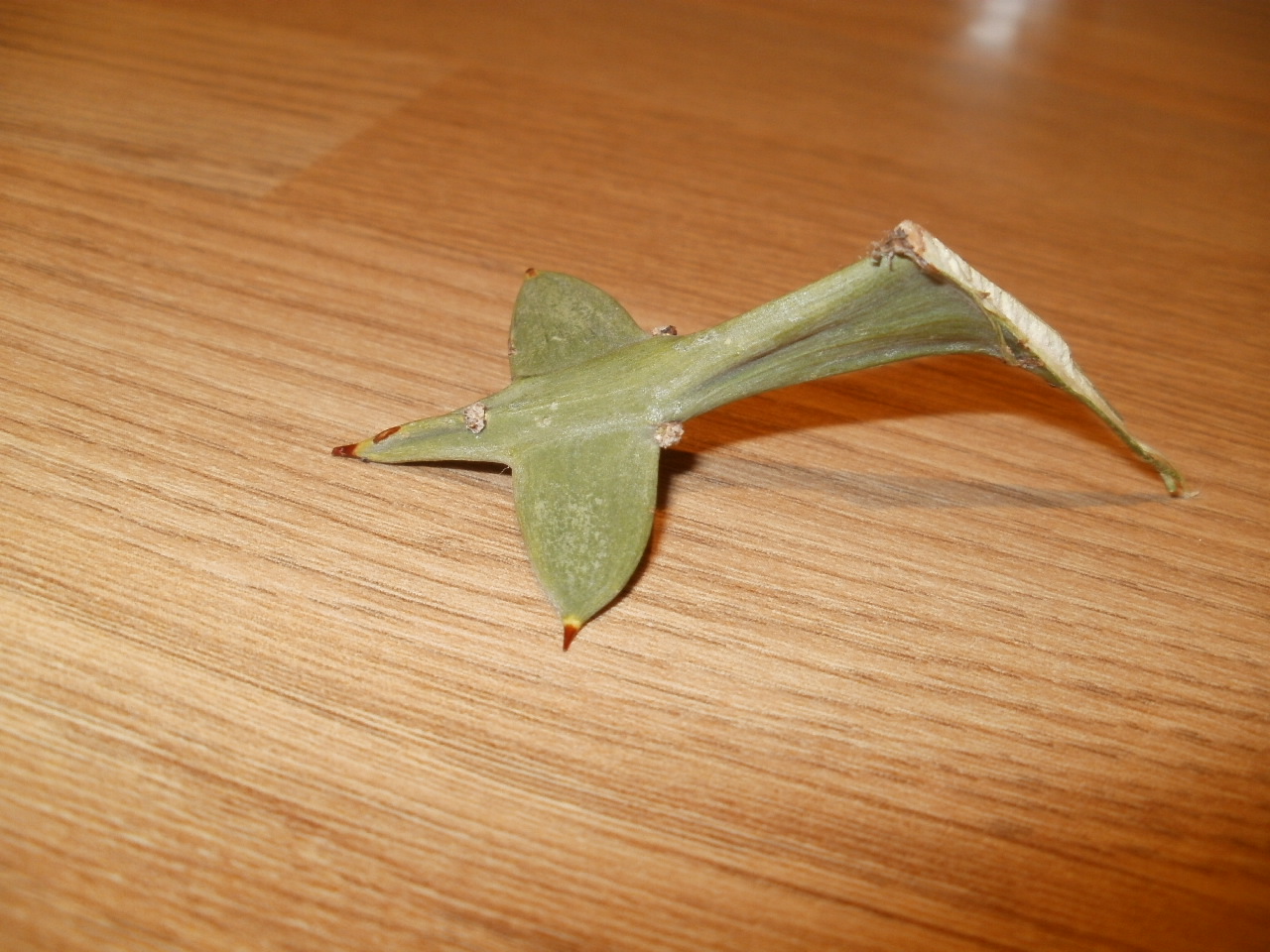 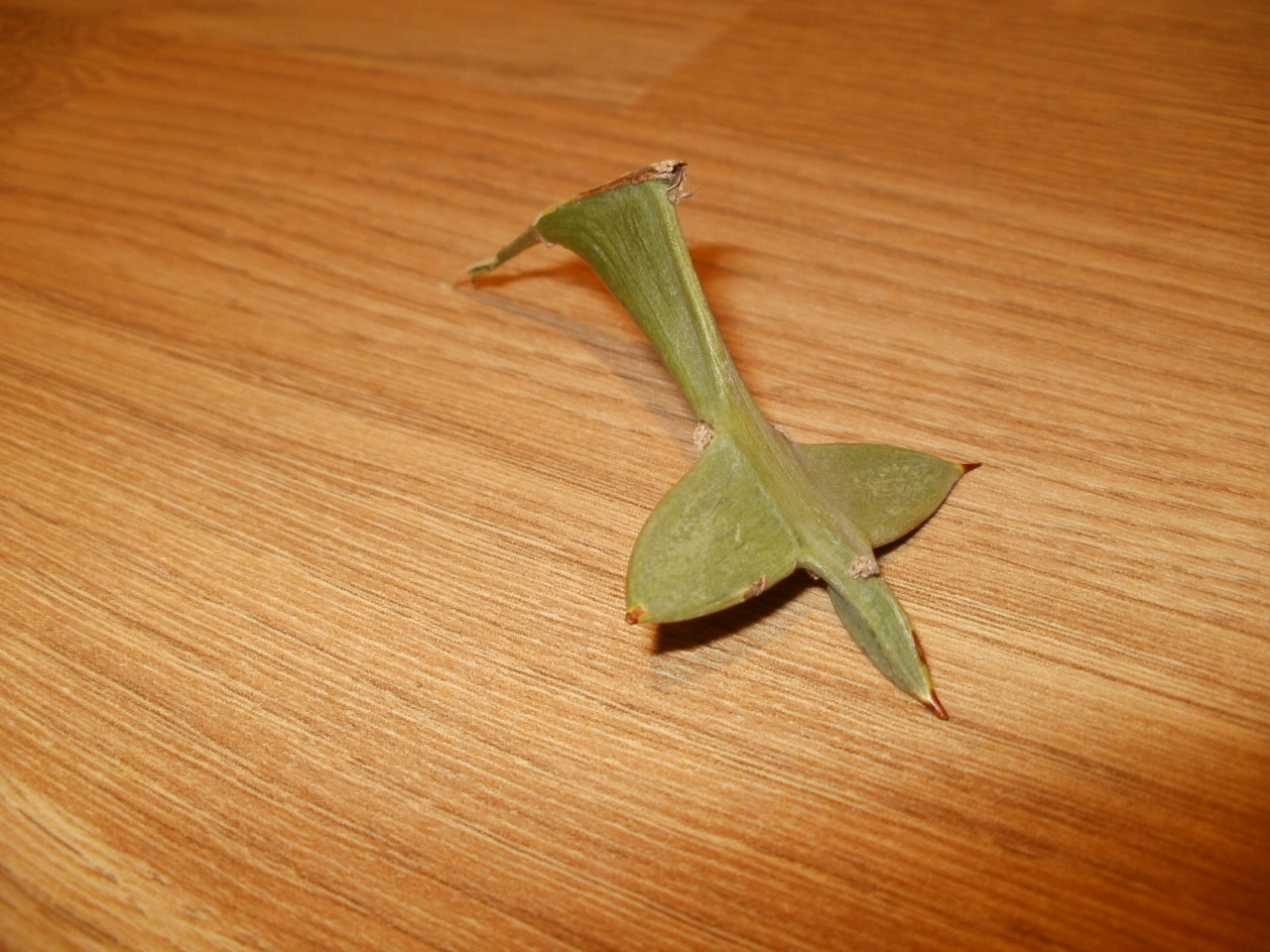 I'd like for someone to identify a plant from these pictures please. The leaf is 4cm long.  The plant is a bush about 1.5m high.  The leaves are rigid and have vicious spines at the ends.  The leaf is attached to the stem by a plate which can be seen in the pic.  It looks very much like the front part of a Spitfire.  The bush is quite rigid and you wouldn't want to fall into it.