Can my pieris be redirected by pruning? 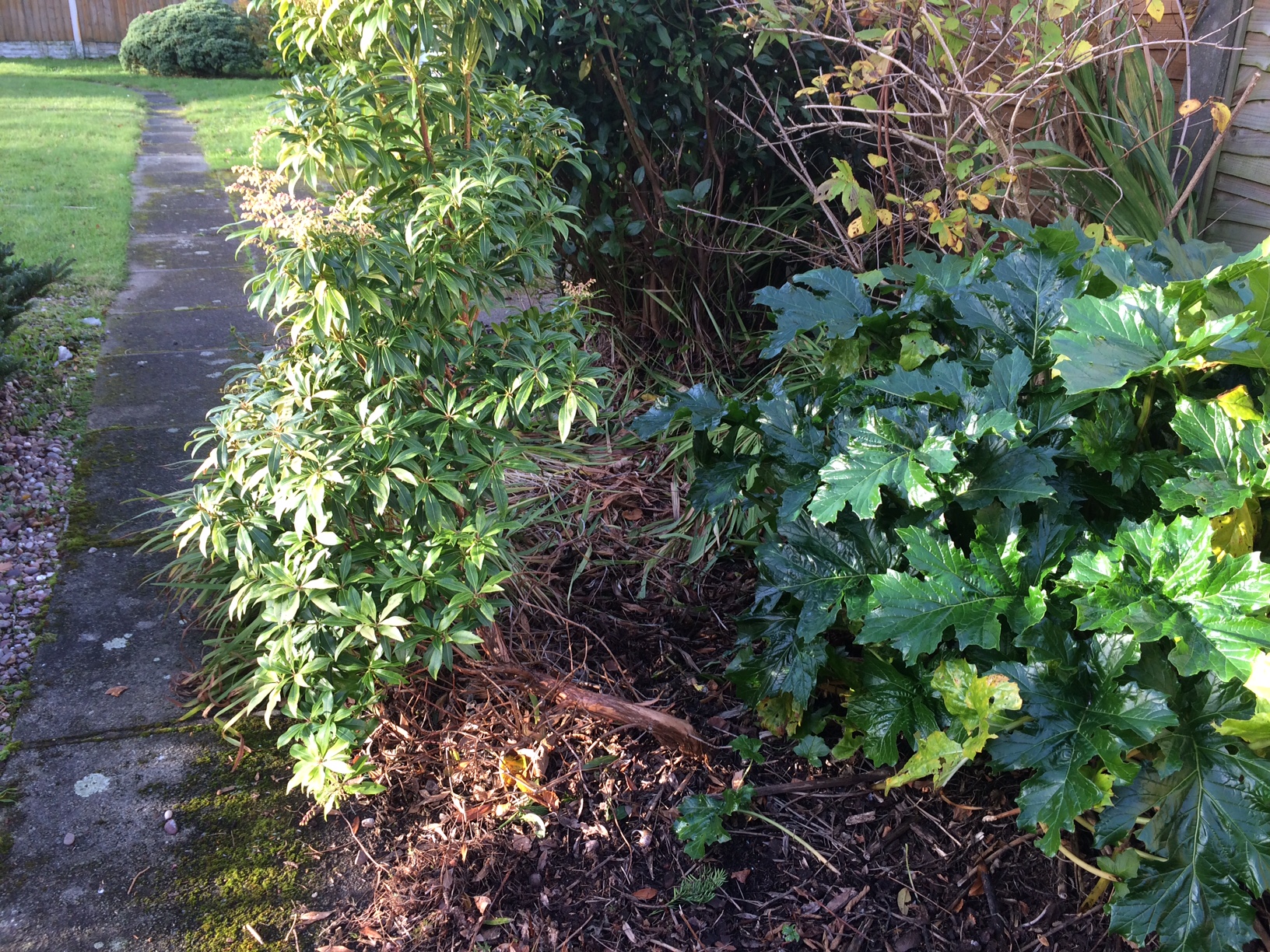 I took over my garden over 5 years ago, and though leisure-time poor, I'm gradually getting it into shape. By the time I'm allowed to retire by government and 'employer' (it's complicated, don't ask) sometime in the 2030s I may have achieved that. But I'm only a willing gardener, not an expert, nor even 'keen'.

In my garden is a pieris, in a border, that has straggled 18 inches or more from its planting location, probably due to crowding by the big, green triffid (no idea what it's called) to the right of the picture. As a result the pieris is crowding the path and impeding other plants. The triffid proliferates like mad all over that area of the garden. I probably ought to grub it out, but there's always so much else to do.

There are a few dead twigs near the base, but no other obvious signs of buds that might be encouraged into shoots and become the body of a revived shrub.

I had a pieris before in my previous garden, which I cut a few small bits off in an attempt to get it to thicken up, but it never thrived, and I often wondered if it was because of the cutting. So I need to know whether, if I cut the pieris off near its base, that will encourage it to sprout new growth and revitalise into a proper shape with a bit of encouragement and the triffid kept under control, or simply shock the poor shrub into an early death?

For information, the soil is imported topsoil on a sand base (the town is built on coastal sand dunes). Any useful advice will be read with interest, and some of it may indeed be taken!