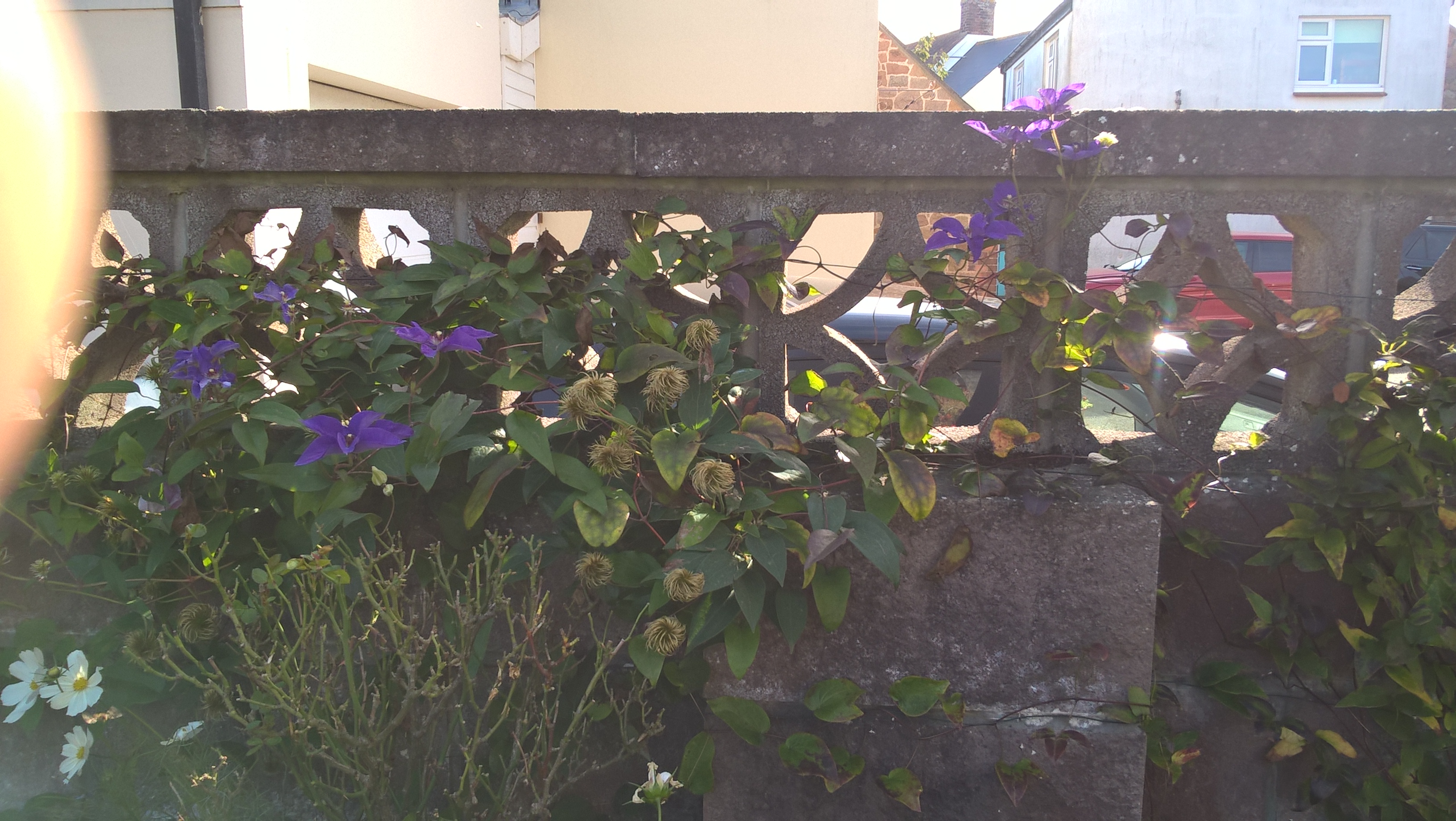 Hi Guys, can you advise please. I have two clematis plants growing on my wall . Ones a Nellie Moser and the other I don't know as it was a dig out from my daughters new house.

Nellie Moser finished flowering about 2-3 weeks ago. The unidentified clematis is still in flower ( see image) and I would like to know how and when do I prune.

Do I prune now,next month or leave it until spring?

Many Thanks for your help and advice.

'The power of accurate observation .... is commonly called cynicism by those that have not got it.