Around 6 months ago moved into a new build house with a tiny garden. In additional to being small and awkwardly shaped it is overlooked from pretty much all sides, as you can see from the attached pictures. The developer had kindly offered to plant a second tree (a wild cherry to the left) to create a little bit more screening, but so far it's not doing too well and the leaves and branched are really weak. I'm hoping it's just the initial stress from being replanted and it would hopefully survive the winter.

We were initially thinking of planing some clumping bamboos just behind those two trees to create a better screening, but then someone suggested that we plant an evergreen trees instead, like 'Chinese privet', as it would then allow us to use the space below the canopy to plant some shrubs. They are quite a bit more expensive, though. Bamboos are quite cheap, on the other hand.

I should probably point out that the garden is south west-facing and gets plenty of sun, apart from the area behind the trees, where the brick fence is, there is no sun there at any time. We also live in the UK (South East), so there is not that much sun, regardless of the direction of the garden

Another thing to mention is we are definitely looking for a budget solution, possibly with the use of trellis and other types of screenings. Ideally whatever the solution we settle on, it would probably need to be around 4 meters high to provide an adequate screening.

I am completely open to any ideas and would highly aprreciate your suggestions.

View from outside the house / patio: 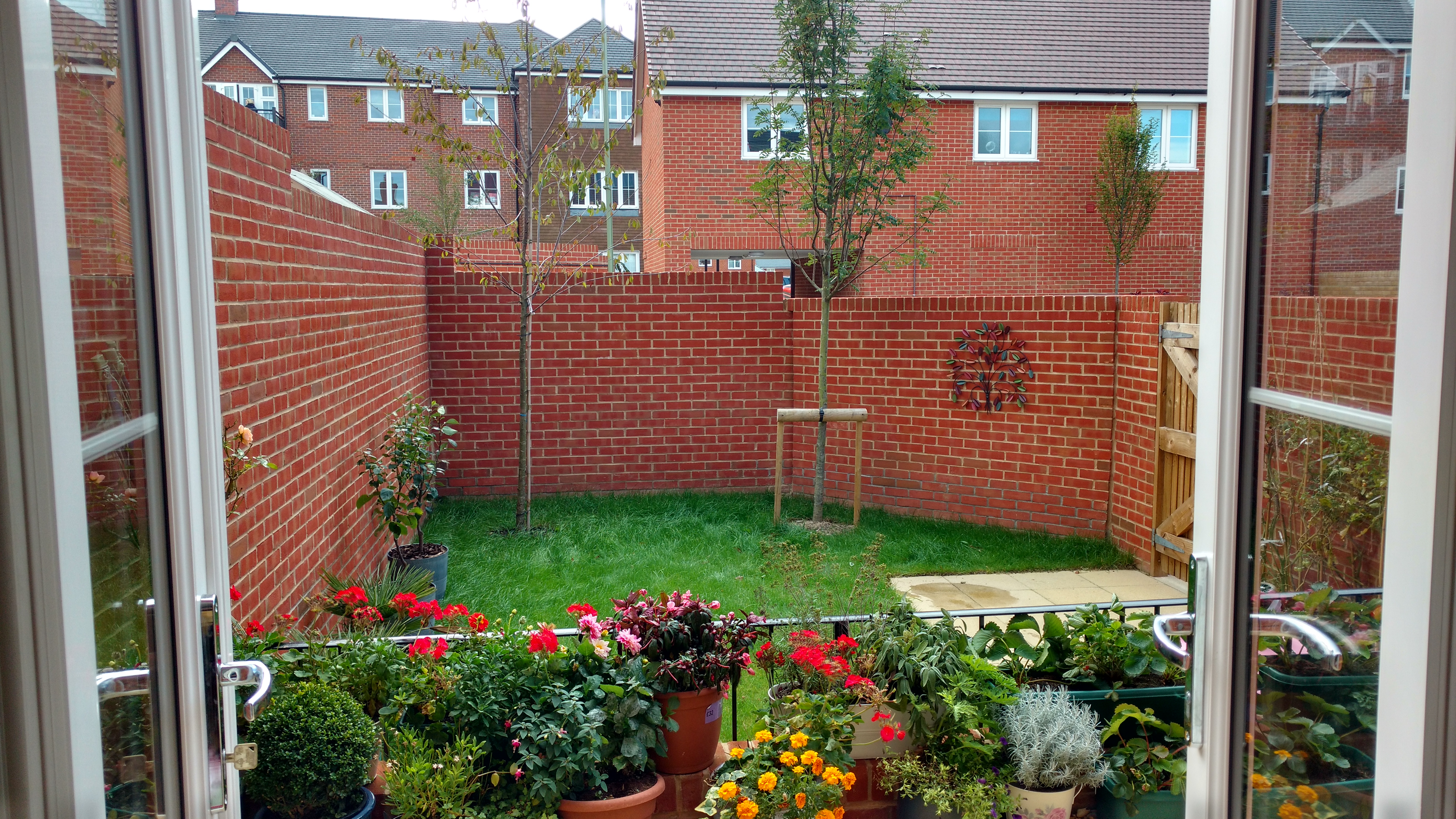 View onto the house from the end of the garden: 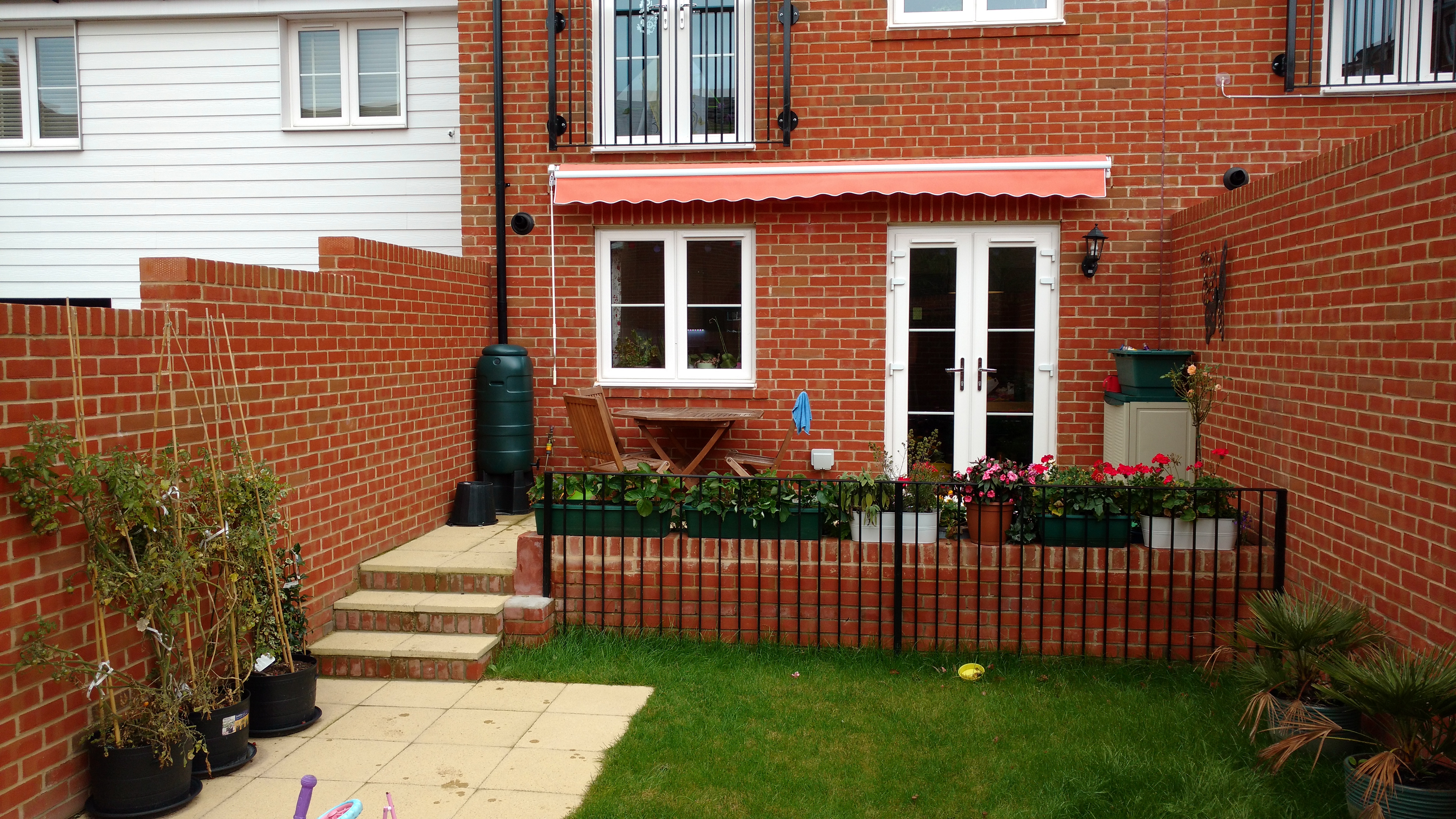 View from the parking lot: 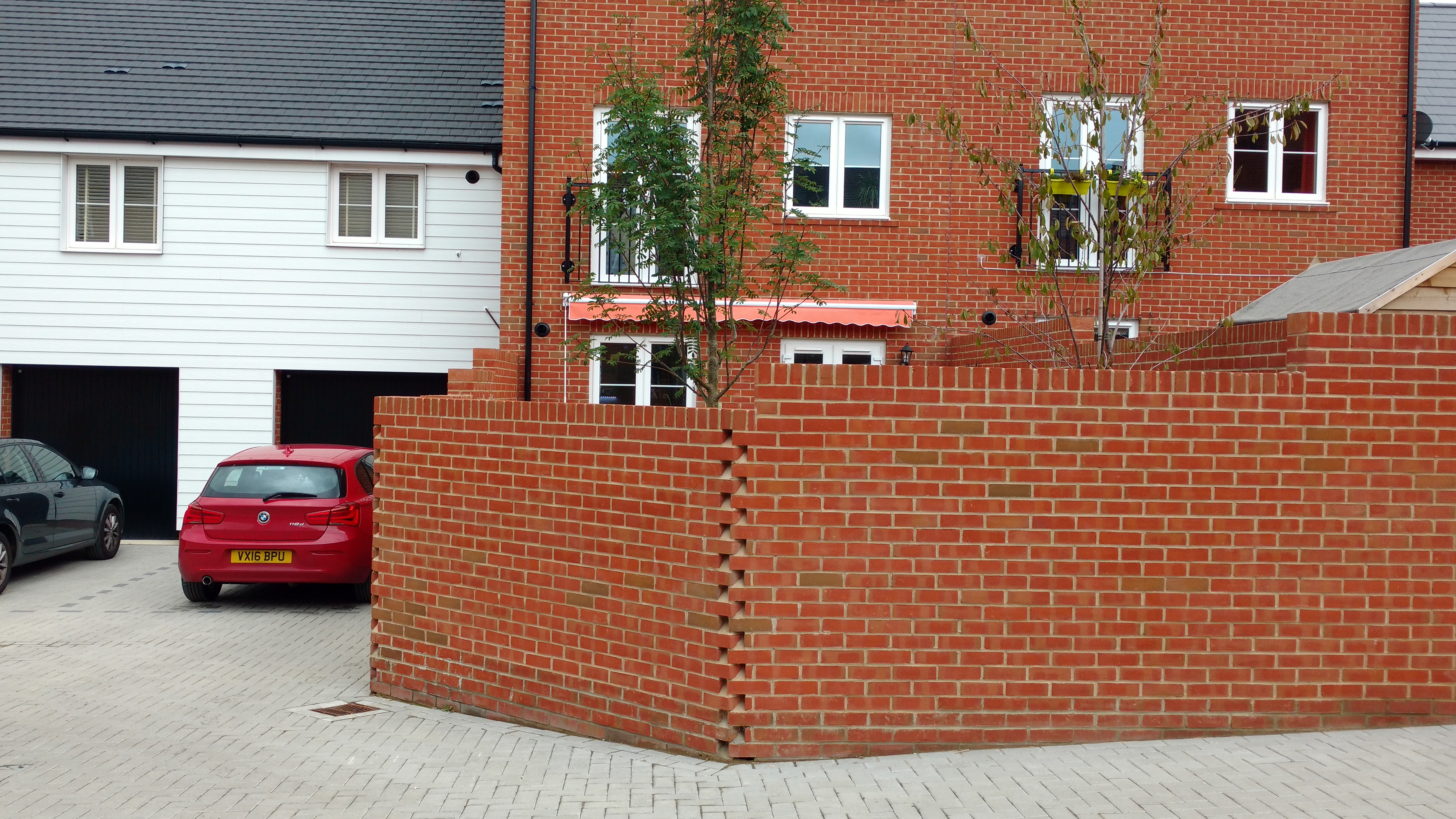