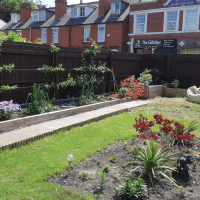 So far my gardening background has been weeding, mowing the lawn and unsuccessfully growing tomatos and suchlike from growkits. I have just aquired some extra garden space and some sleepers. My vague plan is to make raised beds approx 5ft by 35-40ft x2 along the two fencelines. Within these beds looking to plant a few fruit trees (apples possible pears) and trying espalier. Along the other bed, blackberries, bluberries, raspberries, strawberries etc. Im still in the process of clearing the land and have yet to lay any sleepers. I was just wondering if anyone had any general advice that could maybe help me avoid any major pitfalls or setbacks? I understand this is very general and vague at the minute but as a very inexperienced gardener and starting out with what I feel is an ambitious endevour any help or advice would be welcome