Watermelon turns pale at the top

I've got a Crimson Sweet watermelon that was pollinated end of june. It is not bigger than a grapefruit, so I didn't want to pick it yet and I was hoping it would still grow bigger.

- it hasn't grown much for a while now... but this could also be because the leaves on the vine had some severe mildew and spider mites attacks, which has weakened the plant a lot.

- the top of the fruit is becoming pale, as you can see on the picture. The first picture shows it before (photo taken on Aug 9th), and the second picture is from this week (where you can see the top becoming pale). 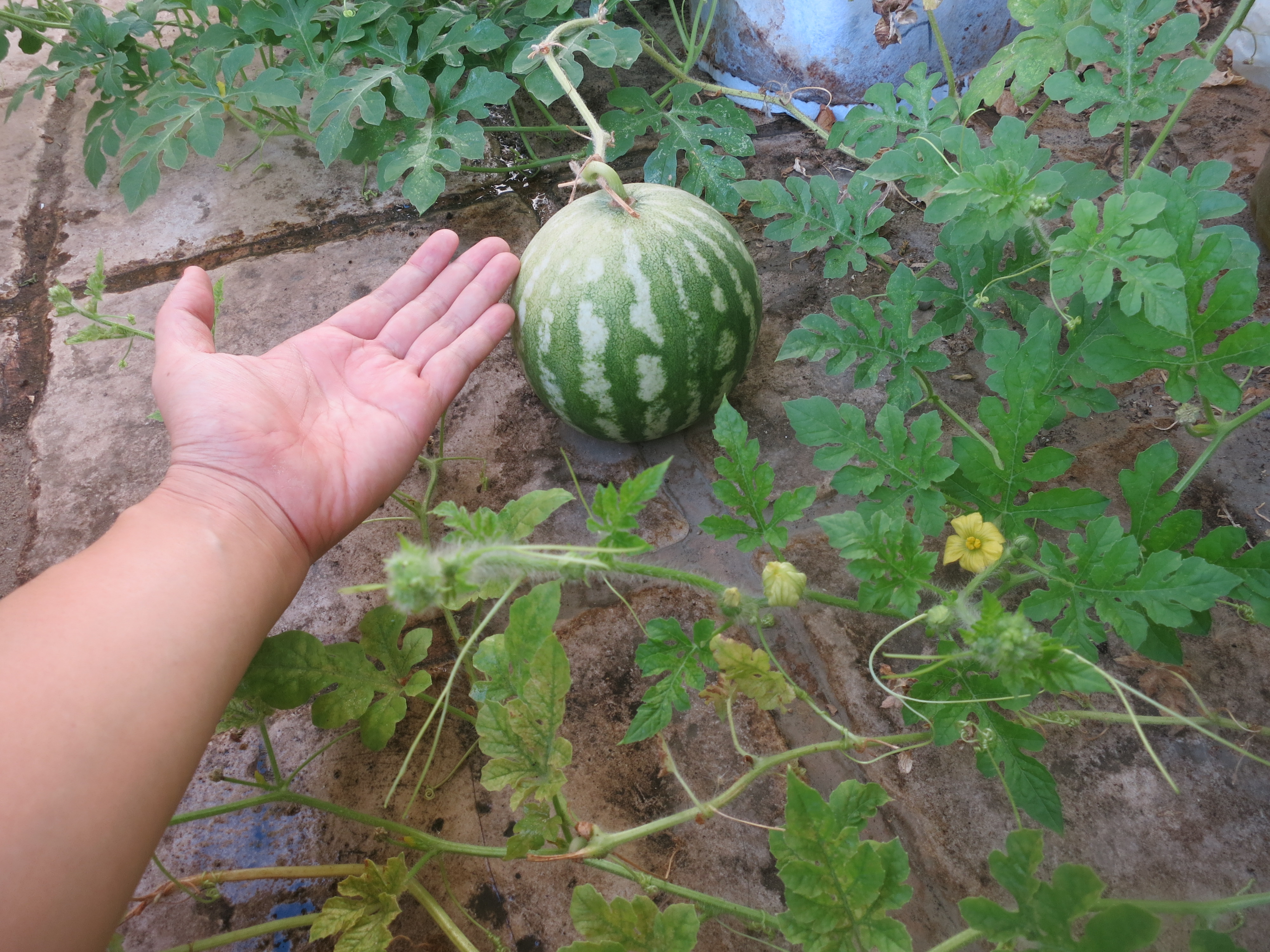 So my question is: is the watermelon overripe?

It is still hard to the touch. I checked the bottom, the supposedly yellow spot (where the fruit lays on the ground) is not very yellow, it's still white-ish. There is no smell.

Thanks a lot for your help!