To cut a long story short, last year i put top soil and turf over an existing purple gravel garden, as was fed up of the constant battle with leaves/clippings/etc. It looks tonnes better, and in some areas is growing well. In others, though, its doing less well.

The good bits (though could be a bit thicker!); 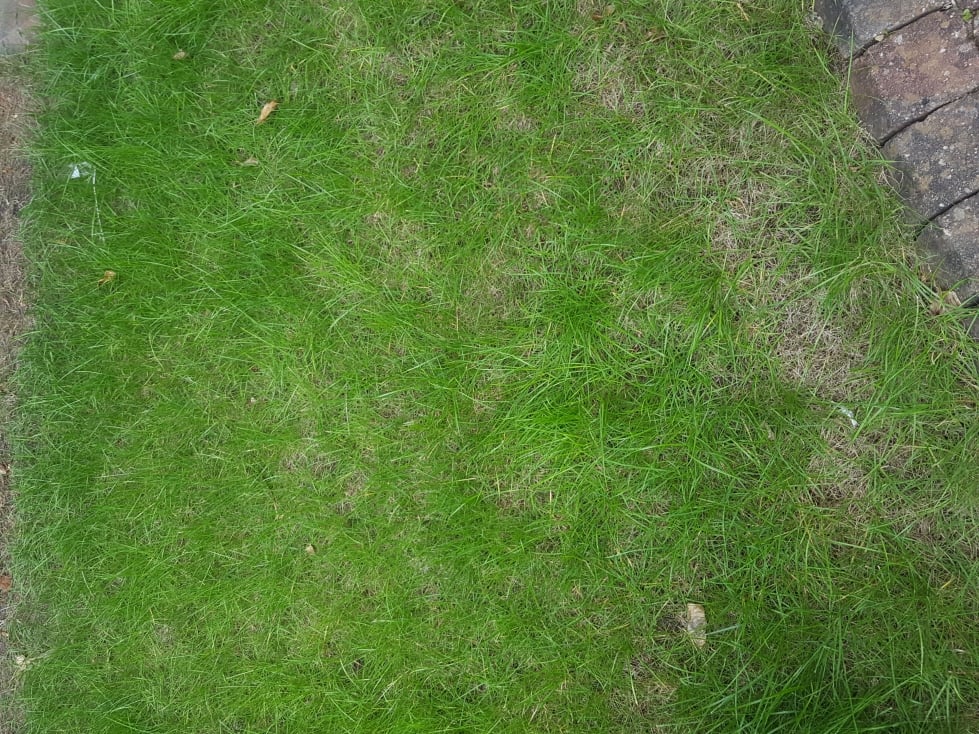 There are two general problems, i think. 1, in some areas the top soil wasnt very thick above the gravel, i suspect around an inch. Consequently, i think water runs straight through the soil and gravel and the soil therefore dries out and the grass doesnt really grow. WHen i researched at the time the suggestion was that a top soil layer around 2-3"s deep would be good to turf over. A picture of a typical area

Secondly, there are a couple of areas that are almost always in shade (1 in particularly never seeds direct sunlight). The grass never really grew here. 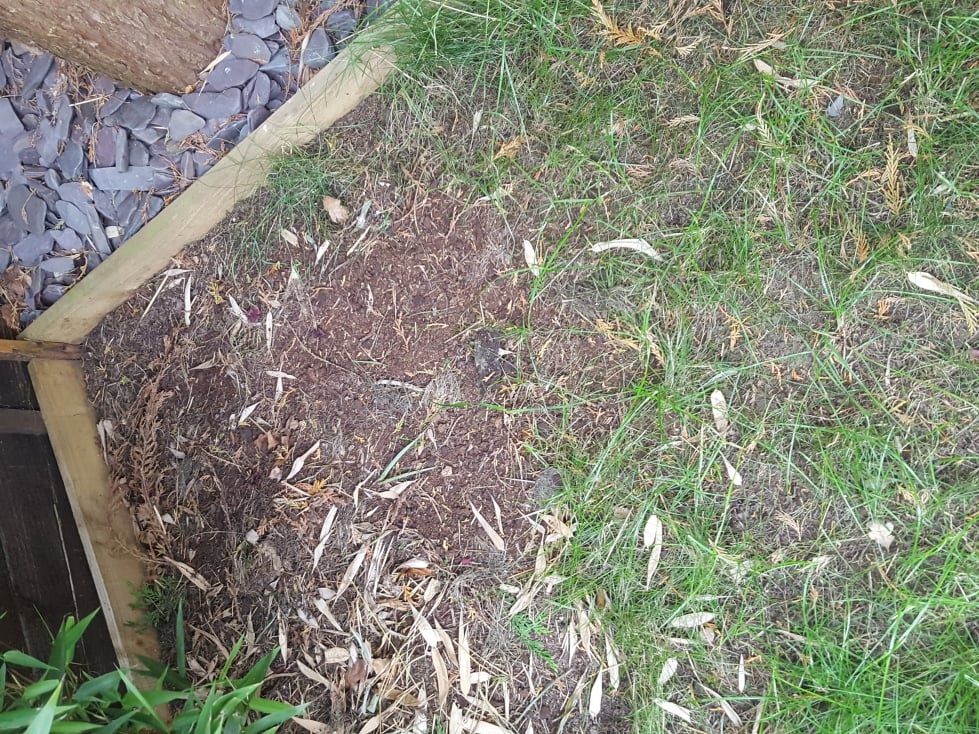 What i therefore hoped to do was buy some more top soil to build up those areas, which i thought i could put over the existing grass and then reseed. That'd give top soil depth (~1" plus turf depth (~1") plus additional top soil, which should give it a better base to grow from. In areas with less sunlight (like above) that are struggling at the moment i could build it up a bit more - im not allergic to a bit of a slope on the lawn (nothing major!), but how deep ought i to go.

Obvious question though is whether that will work and be sufficient? The grass itself isnt weedy, so i dont think that would come through, but do i need to get rid of the grass first. Should i bother mowing/strimming it really really short before i put the top soil on.

One point, we have conifers at the back which are fairly overgrown and block some of the light. I appreciate they will suck a lot of the water out, but assume that a decent layer of top soil should help?

For info, the purple gravel/stones in the bottom image previously covered the whole garden.